Discover the secrets below the streets…

New York City’s subway is one of the largest, oldest and most famous transport systems in the world. It probably has more secrets than any other too. This extensive subterranean world includes forgotten stations and abandoned platforms, hidden entrances, unused tunnels and secret underground projects.

Here are 10 secrets not even all New Yorkers know. 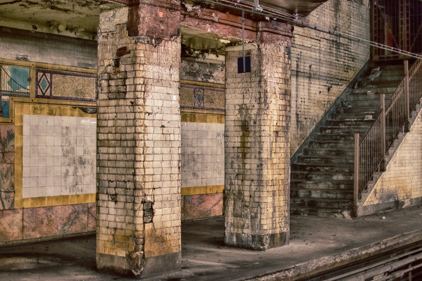 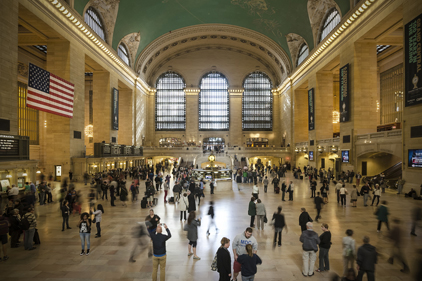 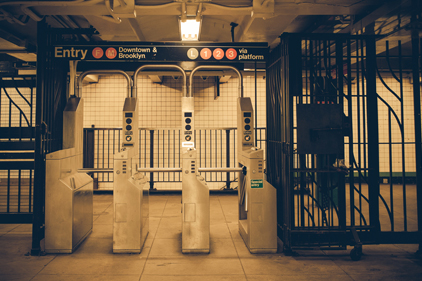 A grand subway station that has been inactive for nearly 70 years lies directly under New York’s City Hall. The station, which was used for the last time in 1945, features high arched ceilings with antique tiles and skylights that let in natural light. If you take southward-bound train 6 to the Brooklyn Bridge/City Hall station and then stay on the train as it loops back to start its return journey, you’ll catch a glimpse of the amazing abandoned station, which is otherwise inaccessible to the public.

Another abandoned station lies on the old IRT subway route, which was part of the first New York subway built in 1904. Worth St Station was named after General William Jenkins Worth, who was honoured as a US hero for his role in the Mexican-American War in the 1840s. After the Brooklyn Bridge station was extended, Worth St Station was considered unnecessary and it was finally closed in 1962. If you’re lucky, you might spot the word “Worth” and some of the station’s support columns, which are marked with terracotta Ws, from a 6 train, between Brooklyn Bridge and Canal St.

The lower level of New York City’s Grand Central Terminal is the site of one of the subway system’s most popular oddities. An arch just outside the Grand Central Oyster Bar & Restaurant, which is on the lower level at 42nd Street and Vanderbilt Avenue, is a true whispering gallery. If you stand at one side of the archway and someone else stands on the other side of the archway, you’ll hear one another, no matter how softly you speak. This strange acoustic anomaly is popular with couples and has been used on more than one occasion to deliver marriage proposals.

Construction of the Williamsburg’s South 4th Street Station started in 1929. However, the Great Depression, followed by World War II, meant that the station was never completed – so it was never used at all. In 2010, a group of 103 street artists from around the world participated in a secret (and illegal) project known as the Underbelly Project, painting murals on the station walls and converting it into a subterranean gallery. The gallery opened for a single night only. Today it’s illegal to try to visit the station, which is dark and potentially dangerous.

The Atlantic Avenue subway tunnel, also known as the Cobble Hill Tunnel, was built in 1844 to allow early railroad trains to pass under the busy Atlantic Avenue in Brooklyn. After new, faster routes were built, the tunnel was eventually sealed in 1861. Over the years, its location was forgotten and it became the stuff of local legend. In 1981, an 18-year-old engineering student rediscovered the tunnel. Tours of the historic tunnel were available until 2010, when it was once again closed to the public.

In the early 1990s, renovations to Bergen station resulted in damage to its lower platform, which had been in use since the station was first built, in 1933. Today double silver doors on the upper level hide the staircase that leads down to the abandoned platform.

The sole entrance to the Bushwick Ave-Aberdeen Street station, which is on the BMT Canarsie Line of the New York City Subway, is located in a car dealership. You can see it only once you’re standing in front of the doors.

18th St is another abandoned station on the old IRT Line, constructed in 1904. It was closed in 1948, after the platforms of the stations to either side of it were lengthened. You can see part of the station, albeit in the dark, from a 6 train, between 14 St and 23 St stations.

Myrtle Avenue and the Masstransiscope

Myrtle Ave subway station, which was closed in 1956, was on a line running between Manhattan Bridge and DeKalb Avenue. In 1980, artist Bill Brand added what has become a famous artwork to the station. Titled “Masstransiscope”, it’s designed as a giant zoetrope – as a train moved past it, passengers would see an animated cartoon rather than the 228 painted panels of which it consists. You can see the artwork from a Manhattan-bound B or Q train, leaving from DeKalb Avenue.

Abandoned station with platforms visible in the bushes

Built in 1918, Sedgwick Avenue station was an elevated, ground level and underground train station on the IRT Ninth Avenue Line. When NYC consolidated its subway lines in 1958, the station was closed. Today you can still see remnants of the ground-level part of the station in the bushes, to the west of Jerome Avenue.

New YorkSightseeingUSA
Don’t know where to start? Inspire me...