Alternative World Cup: top 5 dishes from around the globe

A summer of sport, food and travel is on the horizon – sounds amazing!

We’re excitedly preparing ourselves for the imminent arrival of each World Cup team’s national dishes to make a limited appearance on our menus in restaurants. So, work up that global greed and whet your appetite with our top five dishes that we think make the cut above the rest…. 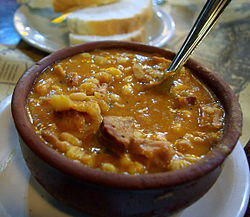 Locro is the national dish of Argentina but is also popular in Bolivia, Peru and Ecuador. As a thick, warming stew, this dish is usually served in winter time. Its yellowy colour and dense texture liken it to a korma sauce – although you can expect this dish to pack way more of a punch than its look-a-like cousin.

Vital ingredients include butternut squash, corn, potato (in its truest form locro is made with a particular type of potato ‘papa chola’ which is hard to find outside its native region), beef (sometimes chorizo is used), onions, garlic and cheese. Don’t forget generous lashings of paprika for that all important kick.

If you fancy having a go at making this scrumptious stew for yourself then you’ll need the following:

This recipe serves 4, so scale up or down depending on how many people you’re cooking for.

A spicy red sauce made with red peppers and paprika is sometimes served on the side. This is called quiquirimichi.

It’s tradition in Argentina to serve this dish on May 25, which is the anniversary of the May Revolution. 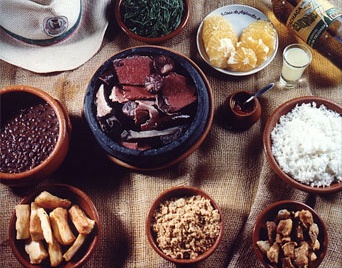 If you’re flying out to the world cup host then it’s probably good manners to be au fait with some of their local cuisine. We’ve picked Feijoada for you to try – the king of all main courses made with beans, beef and pork.  It’s a meaty affair so probably one to avoid if you’re a vegetarian.

Feijoada is made with black beans (pinto beans can also be used), salted pork trimmings (everything from shoulder and belly to ear and tail), bacon, smoked ribs, a minimum of two types of smoked sausage and jerked beef. Told you it was meaty!

To try your hand at cooking this meat mania, you’ll need:

They add vegetables too, and popular greens include cabbage, kale, carrots, potatoes, pumpkin and sometimes…banana. The vegetables are added right at the end and kept on top of the meat so that they’re coated and cooked by the vapours from the dish.

The dish is traditionally cooked in a clay pot over a low fire and served with white rice. Bring on the meat!

This dish roughly translates as sliced meat Zurich style. We think it sounds just the right side of rich; it’s saucy and meaty and not too heavy. Veal is sliced into thin pieces and sautéed in a piping hot pan with butter and onion. White wine, veal stock and cream are added to the pan to create a jus, along with diced onions. It’s seasoned with lemon juice, salt and pepper.

Cook to impress and try this one at home! You’ll need:

It strikes us as the perfect après ski dish; warming, rich and totally European. 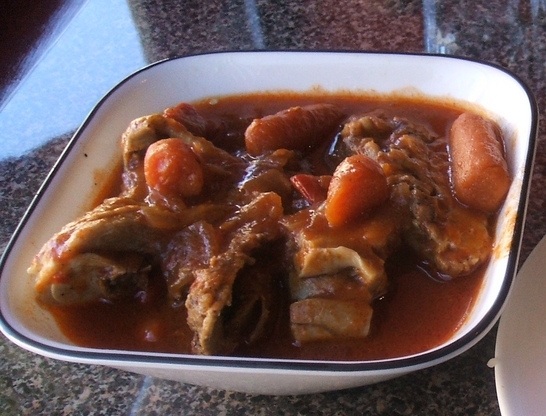 Slow-cooked chicken is always a winner.  But when your chicken has been wrapped in banana leaf and grilled in a sealed terracotta pot over hot coals, you know you’re on to something special. Introducing Kedjenou; it’s a really popular dish in the Ivory Coast, Africa, and we think it sounds delicious.

The meat is left to cook in its own juices alongside carrots, aubergine, tomatoes, onions, a bay leaf, ginger and thyme.

Despite its exotic origin, Kedjenou is really, really easy to emulate at home. You’ll need the following:

The fruity flavours of the spices and vegetables infuse into the chicken, which works really well in creating a juicy, meltingly tender meal that’s fragrant and wholesome.

It’s served with Attiéké, a carb-heavy dish made from grated cassava (a bit like couscous), but rice will suffice! 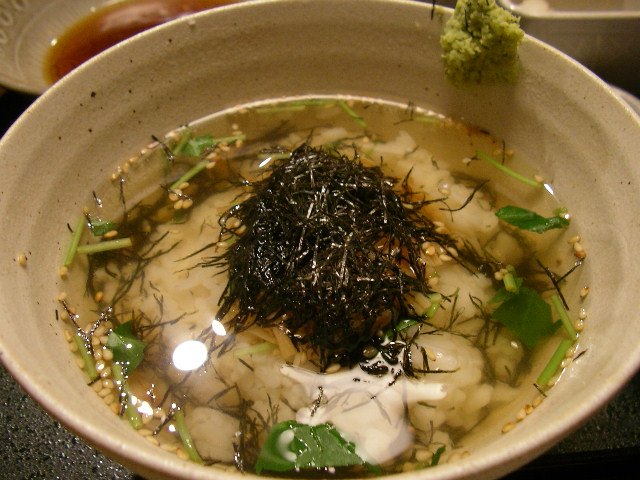 Chazuke (or, ochazuke as it’s sometimes known), is really popular in Japan. It’s renowned for being light, refreshing and a real palette cleanser. In Japanese, ‘cha’ means tea so quite literally; this dish involves hot green tea being poured over steamed rice and your choice of topping (which makes it mega healthy too). It sounds odd at first, but trust us on this one. It was initially seen as a handy way to use up leftover rice but quickly became a popular snack.

The beauty of this dish is its versatility – popular toppings include grilled salmon, seaweed, pickles, wasabi, chicken, onions, sesame seeds – the list goes on!

We’ve rustled up our favourite combination – what do you think?

What toppings would you choose for this far east dish?

It’s perfect as a starter or if you’re looking for a quick-fix snack.

ArgentinaBrazilFoodJapanSwitzerland
Don’t know where to start? Inspire me...