If you’ve been thinking about heading off on a Southeast Asian adventure, our cheap flights to Bangkok might have bumped Thailand to the top of your list. But while the City of Angels is a top-notch holiday destination, it’s not the only dynamic city in Southeast Asia. This wonderful region is absolutely packed with fantastic urban centres. So why not consider one of these alternatives to Bangkok instead? 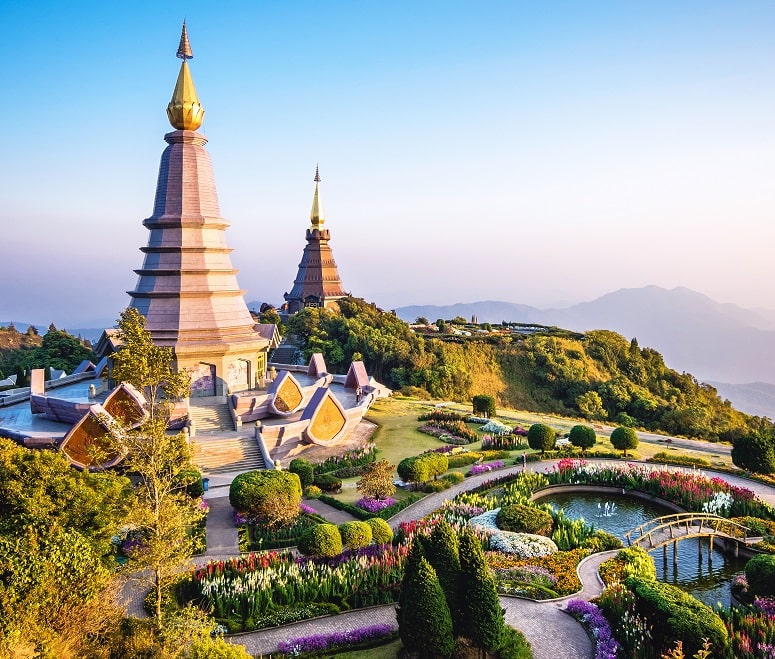 If you’re still keen on a Thai city break but you’ve already ticked off the capital – or you’d just prefer somewhere a little quieter – then Chiang Mai is a great alternative to Bangkok. Once the capital of the Lanna Kingdom, this northern gem has retained the air of an ancient village. And that’s despite the fact a sprawling metropolis has now grown up around its historic core. Sleepy – but in a good way – Chiang Mai is famously easy going and packs in plenty of traditional buildings, leafy gardens and interesting temples. Home to hill tribes and elephant sanctuaries, the surrounding countryside is also well-worth exploring.

Singapore really is an excellent alternative to Bangkok. Much like the Thai capital, this city-state is an enchanting mix of old and new. Plus, it’s a real melting pot of cultures, with Chinese, Malay, Indian and Western influences all clearly felt. Famed for its beautiful green spaces and sublime street food, Singapore’s also got excellent shopping opportunities and fascinating museums. Ther are also thrilling theme parks over on Sentosa Island. 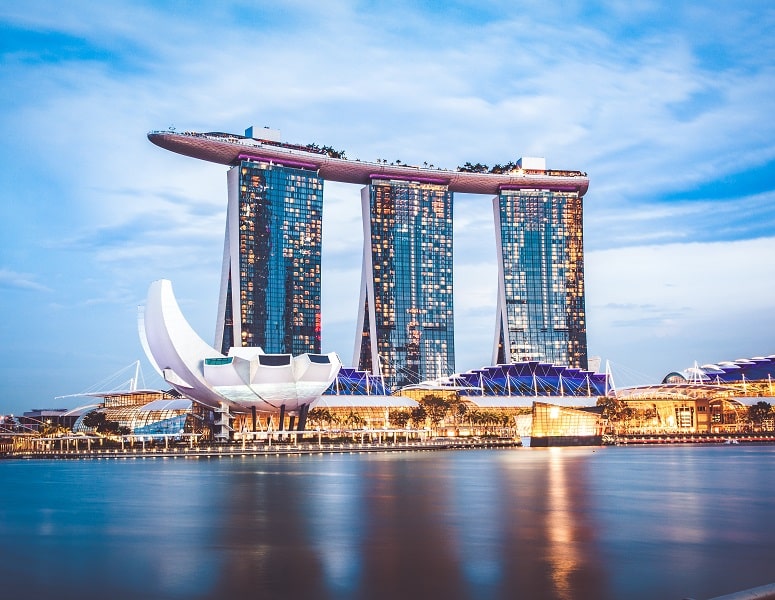 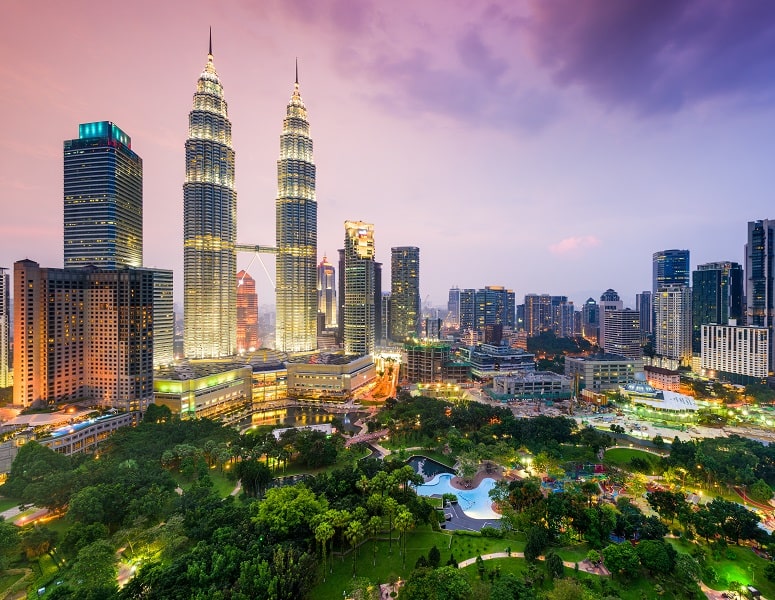 Kuala Lumpur is Malaysia’s vibrant capital city. It’s a mishmash of colonial-era architecture, air-conditioned megamalls, bustling street markets, lush parks and steel-clad skyscrapers. The most notably of these are of coure the famous Petronas Towers. Like many cities in Southeast Asia, KL is something of a contradiction. It’s at once unapologetically modern and deeply traditional. But it’s exactly this juxtaposition that makes it such an intriguing holiday destination. You can explore Buddhist temples or the Batu Caves by day and check out the fashionable rooftop bars at night.

Like Bangkok, Ho Chi Minh City pulsates with energy. Once a city in turmoil, these days it’s a thriving metropolis – one of Southeast Asia’s real powerhouses. With an array of attractions, and hotels and restaurants to suit all kinds of budgets, it caters to various types of holidaygoers. Spend your days soaking up the flurry of sights and sounds – and smells – but also find time to learn about Vietnam’s turbulent history with a visit to the War Remnants Museum or the Cu Chi Tunnels. 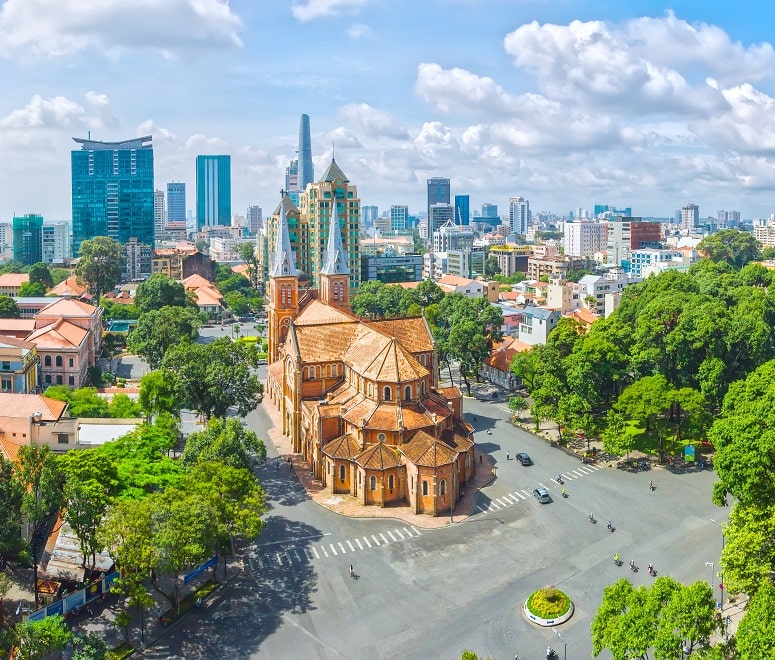 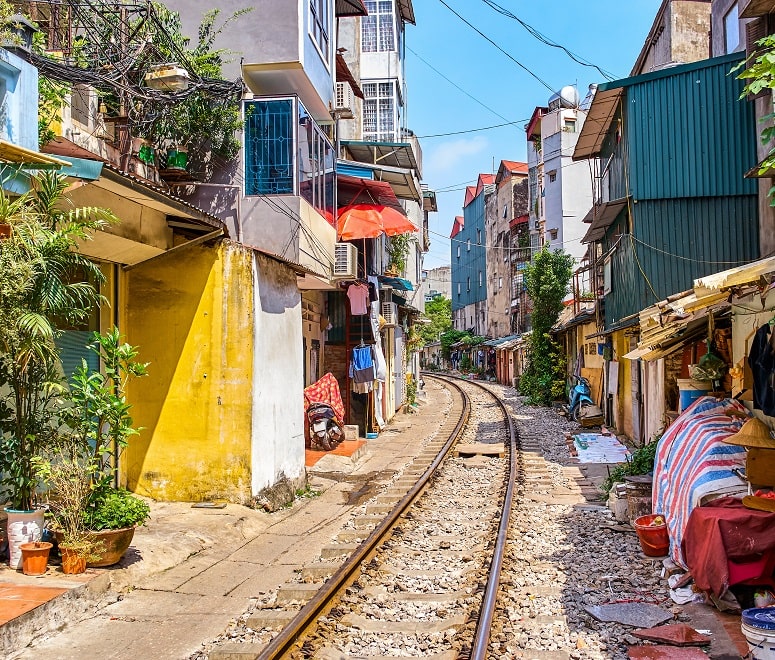 Ho Chi Minh City isn’t the only Vietnamese alternative to Bangkok – there’s also Hanoi. Despite the crazy traffic and constant  scooter horns, things here generally feel more intimate and mellow than in former Saigon. If you can figure out how to cross the street, you’ll find it a lovely city to wander around – the Old Quarter in particular, where traditional craftsmen flog their wares in a maze of narrow alleyways. Hanoi is also a great jumping-off point from which to explore other places, like Sapa and Ha Long Bay.

If you’re keen to visit Bali but want to venture beyond its beaches, Ubud should be top of your list. The island’s cultural heart, it makes for a delightful, and relaxing, city break – so it’s a particularly great alternative to Bangkok if you fancy somewhere slightly more low-key. Surrounded by terraced rice fields, Ubud is almost relentlessly trendy. It’s full of boutique hotels, wellness retreats and holistic healing centres, and is known for its talented performers and prolific craftspeople. Plus, it’s got the best museums and galleries in all of Bali. 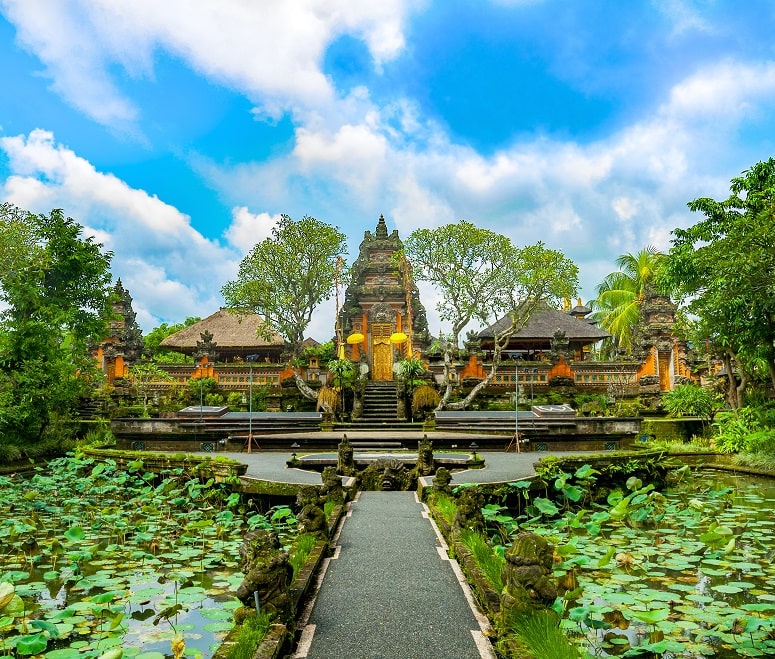 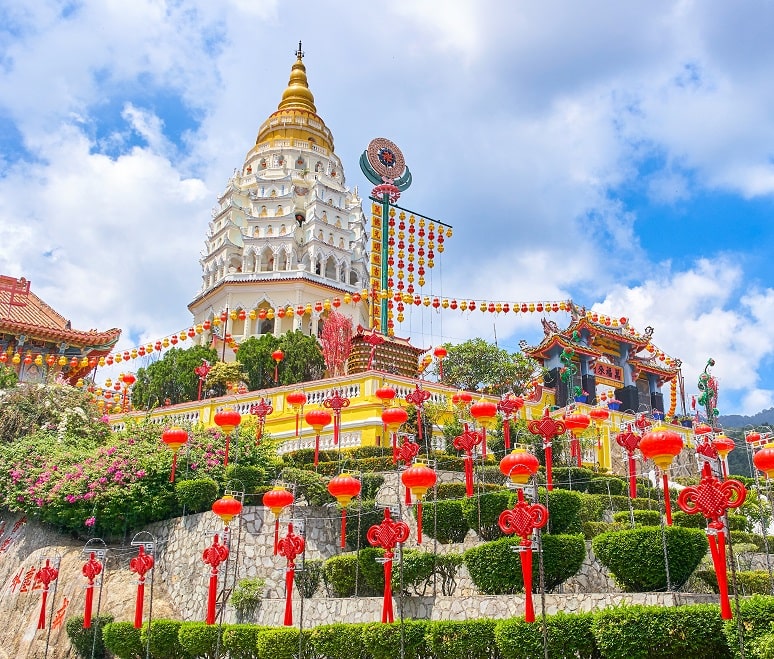 Another Malaysian alternative to Bangkok, George Town is the colourful capital of Penang. Like a few other places on this list, it’s an eclectic jumble of cultures and architectural styles, but it retains an atmosphere that’s uniquely its own. As well as buzzing bars, it’s got a cafe culture to rival Melbourne’s and, while it’s got some stiff competition, it can also lay claim to having the region’s best street food. However, George Town is so much more than just a foodie paradise. Its timeworn shophouses helped earn it UNESCO World Heritage status, striking 3D murals line its streets, and it’s within easy daytripping distance of several wonderful beaches.

When planning a trip to Southeast Asia, Laos often gets overlooked. But as one of the least developed countries in the region, it remains one of the most authentic – so it’s certainly worth a visit. And languid Luang Prabang is one of its top cities. Sat at the confluence of the Mekong Delta and the Nam Khan River, and backed by the northern mountains, it’s got an incredibly picturesque setting, as well as a very rich culture. Besides discovering the delights of the old French town, you should find time to visit the magical Kuang Si waterfall, about 30 kilometres away. It’s also worth getting up at dawn one day to witness hundreds of saffron-robed monks collecting alms. 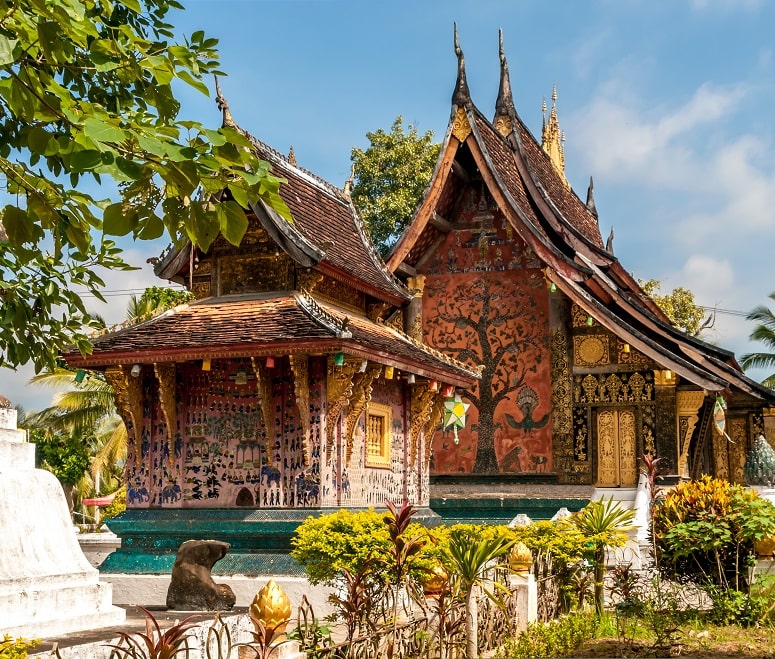 The Philippines’ sprawling capital mightn’t be the first place that springs to mind when you think of alternatives to Bangkok. But if you like that frenetic energy Thailand’s biggest city is so well known for, you’re bound to love Manila. It’s got enough historic attractions to satisfy sightseers, as well as enormous malls for those wanting to shop, but it will also tick a lot of boxes for cool, creative types. Crammed with cutting-edge art galleries and world-class museums, it’s a rising star in design circles. Plus, it’s got loads of hipster hangouts, craft beer bars, artisan markets and indie retailers.

Much like Bangkok, Phnom Penh is chaotic yet captivating, with an undeniable charm. Parks and restaurants line its beguiling riverfront, and it has the buzzing nightlife, exciting culinary scene and sophisticated hotels you expect from a modern city. But, unlike Bangkok and many other Southeast Asia cities, it hasn’t become overwhelmed by towering high-rise developments. So French colonial architecture still dominates. The resplendent Royal Palace and the Silver Pagoda are two of Phnom Penh’s main attractions, but there are also lots of centuries-old temples and ancient Buddha statues to see. And, if you want to, you can learn about Cambodia’s dark history here. Just pay a sombre visit to the infamous Killing Fields or the Tuol Sleng Genoside Museum. 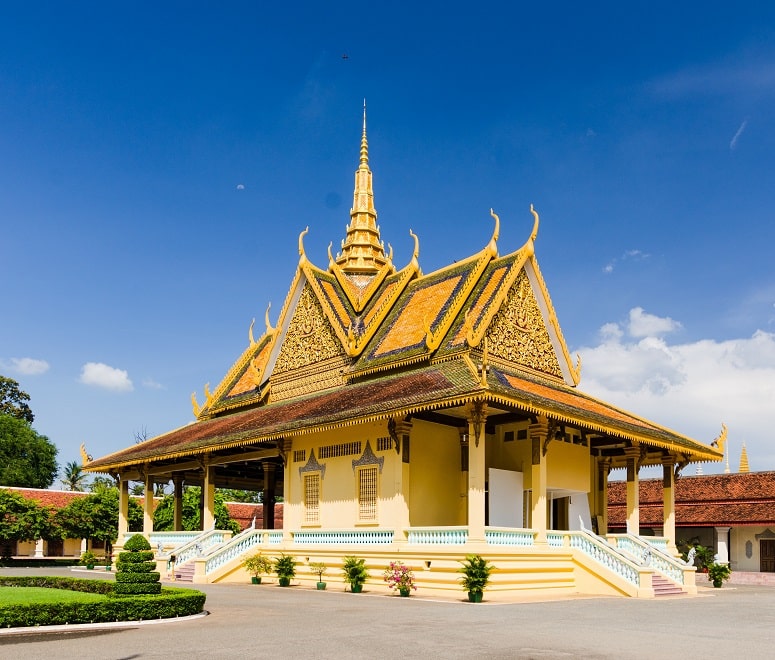 Or, if you’re still drawn to Thailand’s capital, find out how to spend 48 hours in Bangkok.