By Phil Bloomfield January 28, 2020 No Comments

The world’s largest and longest twin-engine, widebody plane, the B777-9, made its first flight on January 25th from the Boeing factory in Everett, Washington. It will now begin a rigorous flight test programme and, perhaps, offer a glimmer of hope for Boeing after a year of torrid headlines.

The 777X aircraft, in development since 2013, are the most economical large Boeing aircraft to date. They claim to deliver 10% better fuel efficiency, 10% lower emissions and 10% better operating economics compared to current generation aircraft. With the recent tragedies, and subsequent controversy, surrounding the 737 Max aircraft, Boeing desperately needs a success story to regain public confidence. But they face an uphill struggle with many airlines, such as Qantas, publicly choosing the A350 over the 777X for their fleet renewal strategies. Boasting similar seating capacities and excellent economics, the A350 continues to go from strength to strength with over 900 orders from 33 airlines, and further efficiency improvements to the aircraft planned throughout the 2020s. 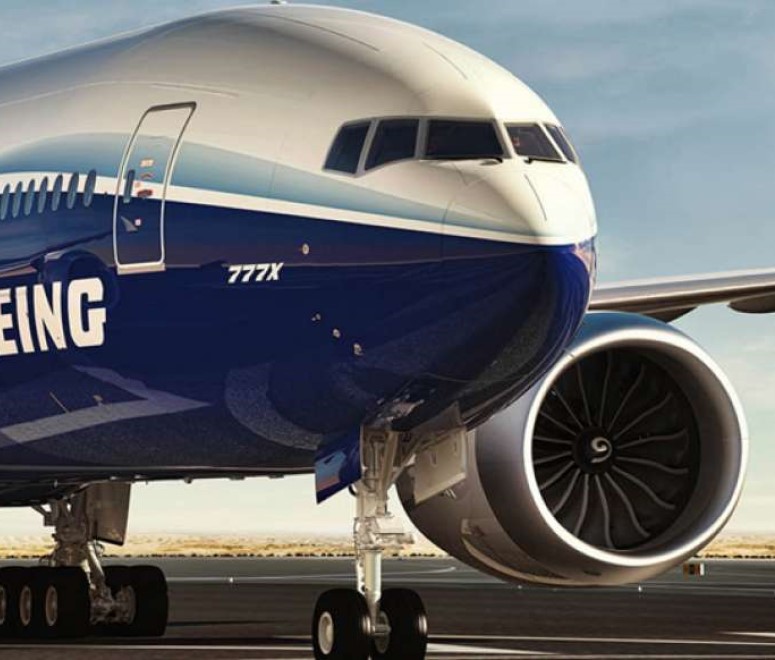 Boeing’s decision to revamp and enhance the venerable 777 airframe, rather than design a new aircraft from scratch, means that in order to meet its efficiency targets, the 777X has been fitted with a new lightweight carbon-fibre based composite wing (a technology Boeing first used on the 787 Dreamliner) and the new GE9X engine from General Electric. Made in Ohio the power unit boasts the Guinness World Records for being both the largest ever commercial aircraft engine – it has the same diameter as the fuselage of a 737 – and for producing the most amount of thrust at 134,300lbs which, trust us, is a lot!

What does the 777X mean for passengers?

For many, a plane is simply a plane. But Boeing is banking a lot on the fact that passengers will notice a difference when they’re on either a 777-9 or 777-8.

For starters, the interior cabin diameter has been increased by four inches. This may not sound like a lot but, on a long-haul flight, it really does make a noticeable difference. The 787 Dreamliner features nine abreast seating in Economy with 17.5-inch seats, while the new 777X is 10 abreast but has 18-inch wide seats. As well as a wider fuselage, this welcome improvement is made possible through remodelled sidewalls and thinner insulation.

Additionally, the 777X aircraft boast room for one wheelie bag per person with 40% less effort required to close the overhead bin. The windows have also been made larger and raised up slightly so that those sitting in the middle of the aircraft can more easily see outside, which Boeing think will help overcome that dreaded sense of feeling ‘closed in’. The windows are electronically dim-able, allowing passengers to control light around their seats more – and also does away with the need for pull-down shutters.

Plus, airlines now have the option of installing other improvements, including improved LED mood lighting. This lighting now gently cascades over all of the various shapes and forms of the cabin, and helps passengers’ circadian rhythms to adjust to time zone differences and stave off jet lag. And, in another technology borrowed from the Dreamliner, the cabin features higher humidity and lower pressure, meaning that passengers will feel less tired and ‘dried out’ when they land. 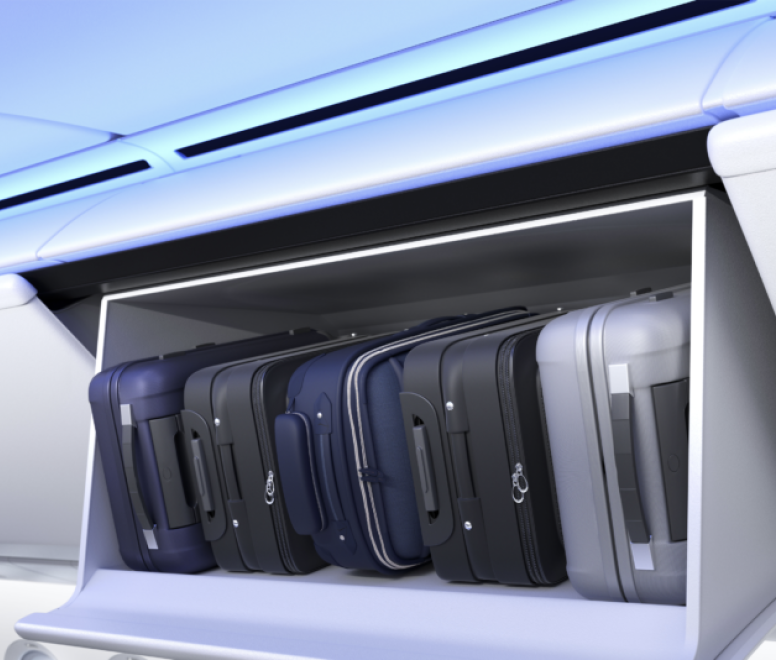 Perhaps the most distinctive characteristic of the new 777X aircraft, though, is the 11-foot tall folding wingtips. These enormous aerodynamic improvements fold down just before take-off, adding an extra 22 foot to the overall wingspan compared to the 777-300ER and 777-200LR, which the 777-9 and 777-8 directly replace. This extra few feet of wing area will result in a 3% fuel saving, and provide the aircraft with a very distinctive profile once airborne.

Current orders for the new aircraft stand at 309 with the majority being for the -9 variant. The launch customer for the 777X will be Emirates, which has  ordered 115, with their first due to arrive in Dubai in 2021, assuming the flight test programme runs smoothly.

Other airlines that have ordered the 777X include Qatar Airways (60), Cathay Pacific (21), Singapore Airlines (20), Lufthansa (20), ANA (20) British Airways (18) and Etihad (6), following a reduction of their order due to financial difficulties.

Competition between Boeing and Airbus is far from over, though. Read all about the Airbus A350 here.

Boeing
Don’t know where to start? Inspire me...