Over the last few decades, the rise of low cost carriers has had a dramatic impact on aviation. Luggage, seat selection, meals and drinks in Economy are now considered by many airlines as optional extras, that passengers should be able to choose or decline according to need. This ‘unbundling’ of what had traditionally been included in the fare passengers paid ushered in an era of cheaper ‘seat only’ ticket types. While pleasing those looking for bargain flights, it left a few longing for the halcyon days when the little extras made air travel such a special experience.

In more recent years, so-called legacy carriers like British Airways and Virgin Atlantic have begun to experiment with the model, which had itself jumped from short to long haul travel, thanks to the rise of disruptive brands like Norwegian Airlines over the past decade. ‘Basic economy’ fares now available on both airlines mimic the low cost airline model and provide a cheaper ticket, if you’re willing to forgo some of the perks. It’s a contentious issue with increased competition on lucrative long haul routes, and increasingly price-sensitive customers, it was all but inevitable.

The unbundling of fares had always been confined to Economy Class with airlines everywhere protecting the perks their premium customers enjoyed – and indeed entering in to something of an arms race over which could be the most indulgent or exclusive – including airport lounges, free-seat selection, limousine transfers and increased air miles earning.

But now that is all set to change as Emirates unbundles Business Class. The airline is launching a new fare type in their Business Class line-up, called ‘Business Special’. 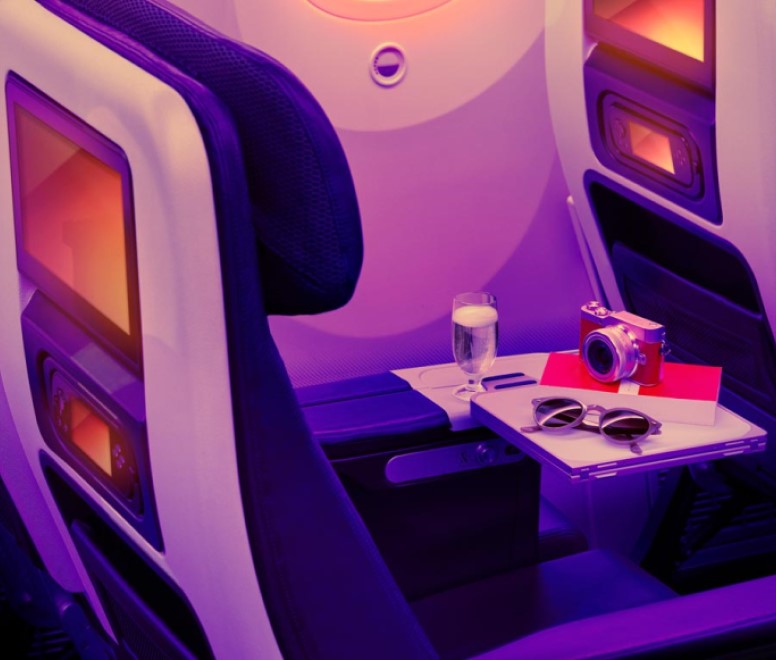 For the first time, you’ll be able to purchase a Business Class ticket that doesn’t automatically grant you airport lounge access – although there are other ways to get cheap lounge access –  and doesn’t give you anywhere near the amount of air miles a Business Class traveller might be used to. The big advantage to all this? The cost. For any ‘Business Special’ fare now booked on Emirates, you will see a discount of around 15% compared to a full business class fare. But for that, the following exclusions are applied:

The unbundled Business Class luggage allowance will, however, remain the same with 40kg still being included for checked baggage, and two 7kg bags allowed for hand baggage.

Emirates has said the roll out of the Business Special fare will be incremental with only select routes having the new fare type available. Routes will be chosen dynamically based upon current and historical demand, however, the traditional Business Class fare types of ‘Saver, Flex and Flex Plus’ will still be available to book on these flights.

Business Saver is being put forward as an option for those whose priority when travelling in business is the fancy seat and the nice on-board meals. As Emirates unbundles Business Class, it’s gambling that the perks that are lost will prove inconsequential, and the associated cheaper fare will make the option of flying Business Class more attractive to a larger number of customers.

Emirates is set to launch its first ever Premium Economy cabin in 2020, with the goal being that enough Economy Class passengers will be ready to treat themselves by upgrading to a slightly more premium experience. It has, however, already stated that Premium Economy is not being designed as a cheaper alternative for Business Class passengers. It’ll be hoping that enough of those passengers will be prepared to jump further still in to Business Class itself – and you can rest assured the other airlines with similar high-margin, low yield business class cabins they’re desperate to fill will be watching with interest.

Baffled by Business? Read about the differences between Business Class and First Class.

Business classEmirates airline
Don’t know where to start? Inspire me...