Get sporty in the States

If your idea of an American holiday isn’t lazing around the pool or piling on the calories, the USA is a truly great active destination. Whether you’re after adventure, sports or extreme activities, step off your low-cost flight and there’s so much to get stuck into.

This summer, you could get on your bike and sample a little bit of the Great Divide Mountain Bike Route that runs all the way down the spine of the Rocky Mountains. It measures 2745 miles from Banff in Canada to the Mexican Border, 500 miles more than the Tour De France.

Cycling urban-style happens in New York. Hire and ride the ‘Greenway’, a gentle route that follows the waterfront perimeter of Manhattan, a mere 32 miles. 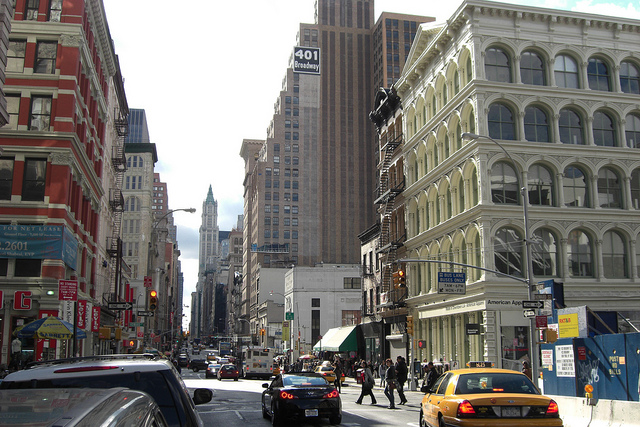 If you are in the city during May, book a place on the mass bike ride through the five boroughs of New York. You’ll share the roads with 70 000 other lycra-clad cyclists.

Too tame, too slow? Orlando will up the speed and inject plenty of adrenaline when you get strapped into a super-fast 600hp Nascar racing car. Drive it around the Walt Disney World Speedway with the Richard Petty Driving Experience. Definitely not a Mickey Mouse experience.
You can hone your driving skills at another 20 or so tracks across the USA, including the home of the legendary Indy 500.

Motorsport fans will also be drawn to Austin, Texas later this year. The cream of high-tech formula one cars return to America in mid-November for a Grand Prix duel on a brand-new track.

You’ll have to rely on armpower to paddle your own canoe in beautiful places like the Boundary Waters Canoe Area in the north of the Superior National Forest of Minnesota. Explore 1500 miles of canoe routes, stunning lakes and plenty of wildlife.
In the middle of the Puget Sound, Washington’s San Juan Islands draw sea kayakers from May to September to view orca whales, porpoises and sea otters.

Sporty families (or singles) who want to improve their tennis game can head for the sunshine of Florida. At the Saddlebrook Resort, for example, you can get a week of intensive coaching, as well as all the comforts, good food and entertainment of a top-notch US resort.

Orlando is pretty hot for golfers too. And that’s not just because of the amazing weather. You’ll have a choice of 176 courses, 23 golf academies (including that of the legendary David Leadbetter), tournaments and pro shops galore. Little wonder it’s been crowned North American Golf Destination of the Year.

It’s also worth remembering that this year, the European Ryder Cup team is taking on the USA in Chicago, bidding to bring home that coveted trophy. Very partisan crowds and US players with revenge firmly on their minds will undoubtedly make for an epic contest.

Young footy players will get a kick out of a holiday in America too. At the Disney Football Academy, they can train and play alongside a couple of English Premiership stars at the world class ESPN Wide World of Sports Complex at the Walt Disney World Resort.

If you really want to take thrills to new heights, how about an introduction to skydiving? There’s no better place to do this than the Lake Elsinore Skydiving centre in Southern California. With its warm, cloudless weather making it arguably the best drop zone on earth, a week of training, lectures and jumping will take you from total knee-knocking beginner to a confident solo ‘sky artist’.

We’re sure you’ll have some special sporting moments on your American trip. Let us know what you get up to. We’d like to hear your highlights and see your pics. Get in touch.

SportsUSA
Don’t know where to start? Inspire me...