Kensington Market is an old Toronto neighbourhood, famous especially for its vibrant outdoor market and multi-cultural immigrant community. It was declared a National Historical Site of Canada in 2006, and is a cultural centre that continues to attract artists and writers. 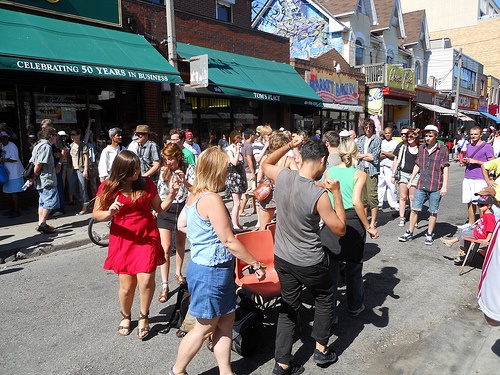 Kensington Market borders roughly on College Street to the North, Spadina Avenue on the east, Dundas Street West to the south and Bathurst Street to the west. The neighbourhood includes an eclectic range of shops, cafes, restaurants, bars and clubs. Most of the main attractions are found along Kensington Avenue, Augusta Avenue and neighbouring Nassau Street. As well as commercial attractions, the area includes many historic Victorian-style homes.

The area’s colourful mix of food stores sells an enormous variety of meats, fish, nuts, cheese and fresh produce. Stalls in front of stores allow shopkeepers to peddle their goods right on the pavement, adding to the bustling market feeling in the area. The area is also host to wonderful quaint bakeries, spice and dry goods stores and a range of discount and surplus goods stores.

There were plans in the 1960’s to tear down many of the densely packed homes and stores in the area and to replace them with high-rise apartments. Luckily, the mayor at the time, David Crombie, strongly opposed the plans for urban redevelopment.

Kensington Market is supported by a large population of students who attend the nearby George Brown College. These students also add to the area’s bohemian quality, with Trotskyists and other would-be revolutionaries often found handing out pamphlets on street corners. 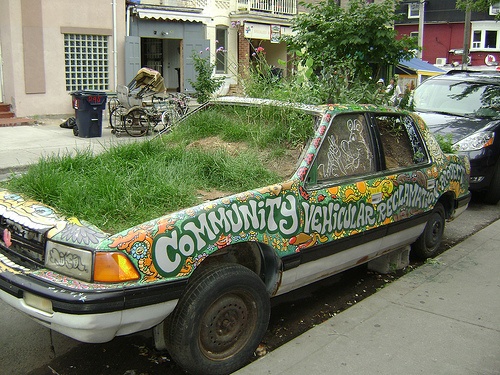 The narrow streets of the area make it difficult for vehicles to pass through, especially on Saturdays and Sundays when the market is at its busiest. On some Sundays, all traffic is cut off completely along Nassau and its neighbouring streets, allowing for a wonderful escape from the rest of Toronto’s “grid”. A 2006 census found that over 34.59% of Kensington residents walk to work, in comparison to only 7% of City of Toronto residents. 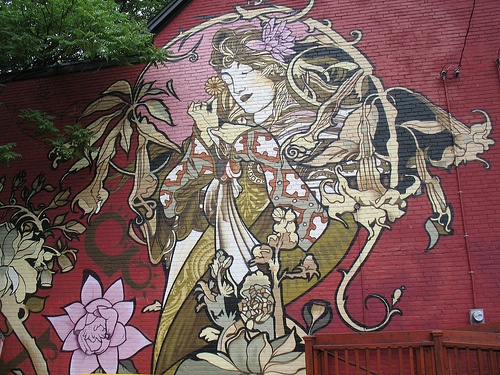 Kensington is also known for its street art, with performances on street corners, impromptu festivals throughout the year and artistic graffiti on many walls.

For the latest deals on flights to Toronto use the links below.

ShoppingToronto
Don’t know where to start? Inspire me...