Paris Air Show – what did we learn?

The 53rd Paris Air Show wound up last week with airlines such as British Airways, Virgin Atlantic and American Airlines all making major aircraft purchase announcements as they continue to upgrade and improve their fleets, and invest in the future passenger experience.

The bi-annual event brought together aircraft manufacturers and airlines from around the world for the aviation industry’s biggest trade show. After a flurry of announcements, and commitments worth in excess of $17 billion, it was Airbus who came away with the most orders – 388, compared to second-placed Boeing on 232.

The highlight of the Paris Air Show was arguably the launch of a new version of the Airbus A321 known as the A321XLR, or ‘eXtra Long Range’. The basic plane itself is the standard narrowbody that holds around 200 people and will be familiar to anyone who’s flown in Europe on flights of 4-5 hours. However, this version is the latest and greatest iteration and features thousands of miles more range and far greater fuel efficiency.

Aer Lingus, American Airlines and Qantas were among the airlines that placed orders (there were over 240 in total), attracted by the possibilities it opens up for what are called ‘long and thin’ routes. These are routes that have traditionally needed a large widebody aircraft to operate them, as these were the only aircraft that could hold enough fuel necessary for the distance. In most cases, however, there simply wasn’t enough passenger demand to fill these larger aircraft and so the routes didn’t make commercial sense.

With its impressive 5400-mile range and moderate seating capacity, though, the A321XLR changes all that and will bring about newly viable city pairings. 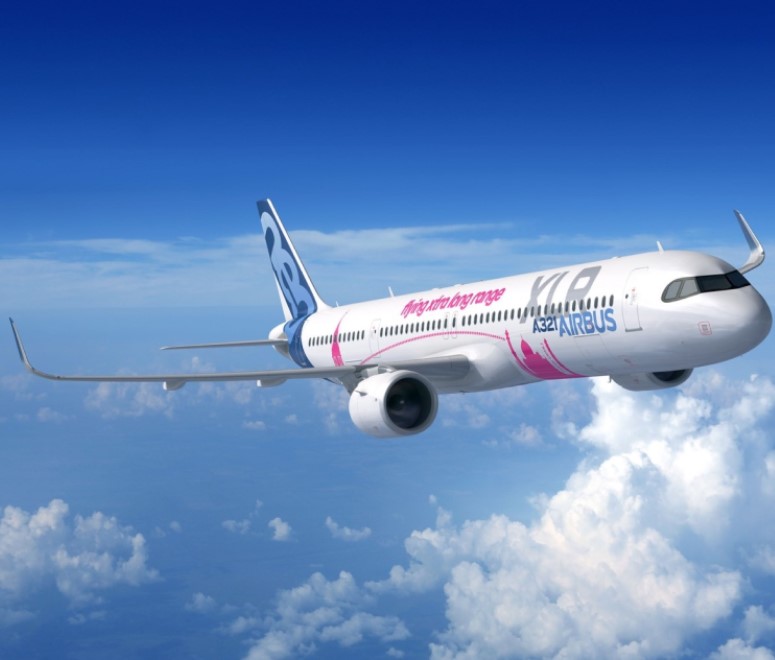 Virgin Atlantic, meanwhile, placed orders for the latest version of the A330 – the A330-900. The plane capitalises on the success of the original widebody A330 family and offers greater range and efficiency thanks to the use of new composite materials and the addition of the latest generation of Rolls Royce engines. Deliveries to Virgin will start in 2021 and it’s expected that these aircraft will replace Virgin’s older generation of A330-200 and A330-300 aircraft, which are currently operating out of Heathrow, Gatwick and Manchester. 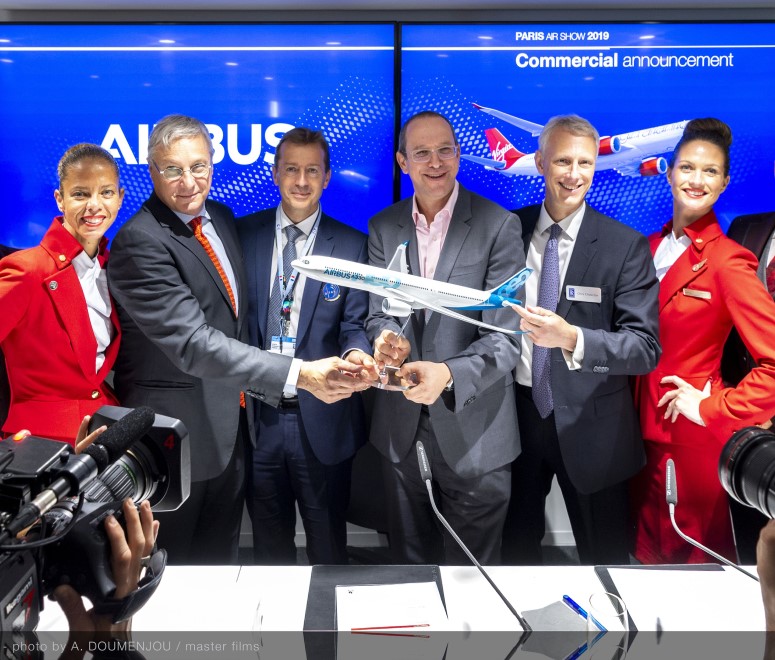 The order for 14 aircraft, plus options to take six more, sees Virgin add to its Airbus portfolio as it prepares for the imminent deliveries of its A350-1000 long range aircraft. Both new Airbus aircraft will feature Virgin’s new Upper Class business class seats as well as their excellent Premium and Economy cabins.

Shai Weiss, CEO of Virgin Atlantic (third from right), said of the new aircraft order: “The acquisition of 14 A330neos will play a pivotal role in our fleet transformation and it’s a testament to our sustainability commitment. By 2024 we’ll have improved the fuel efficiency of our aircraft by 32 per cent.

“We’ll be proud to operate the youngest, cleanest fleet yet, with an average age of just over five years. It also allows us to continue innovating for our customers to create an on-board experience we know they’ll love.”

Boeing, too, received some much needed good news after a torrid start to 2019, with International Airlines Group – the parent company of British Airways, Aer Lingus, Iberia, Level and Vueling – signing a ‘Letter of Intent’ for 200 of the Boeing 737 MAX aircraft, which has been grounded since March this year. CEO of IAG, Willie Walsh, commented, “We have every confidence in Boeing and expect that the aircraft will make a successful return to service in the coming months, having received approval from the regulators.” The purchase signifies a shift away from the Airbus A320 family of aircraft, which IAG airlines currently exclusively fly on short haul routes.

But it wasn’t all multi-billion aircraft orders at the Paris Air Show. Some of the most cutting-edge new technologies, focused on electric and battery-powered flight, were showcased, as were other clean-fuel innovations, prototypes for aircraft designs, autonomous flight and cabins of the future. Making an unwelcome return was the controversial ‘standing seats’ design. The proposition sees passengers perch on something akin to a bicycle seat for the duration of their flight in order to reduce the seat-pitch (the space between the passenger and the seat in front of them) from the industry average of 31” in economy to a decidedly snug 23”. If you’ll forgive the pun, it’s not something we think will ever fly.

Airbus celebrates its 50th anniversary this year – learn about its history and see how it’s looking towards the future.