Best things to do in Sydney

From the moment you fly into Sydney, one of the best descents in the world, you are treated to its first sight the amazing configurations of bays that dot this city. From there travellers just need to follow the proverbial beating drum as there is so much to see and do in the capital of the Australian province of New South Wales and Australia’s largest city. From the iconic – a walk to around the Sydney Opera House – to the less well known, a walk around the Royal Botanical Gardens, there are many sights and sounds to explore. Some of those sights include. 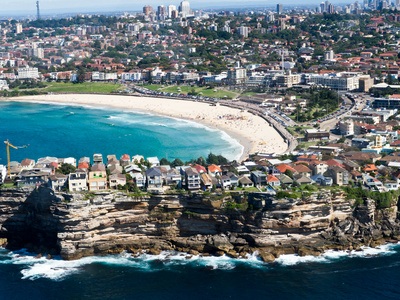 Australia’s most well known beach is Bondi. A virtual hub for backpackers – especially on it’s signature backpacker’s Christmas day, beach day – Bondi brings visitors to the city here to enjoy the warm weather, the blue waters, and a piece of Australian beach culture. Behind the beach are varied restaurants, bars, and cafes to be enjoyed. Also take an opportunity to do the coastal walk which will allow splendid views over the entire bay.

Majestic from the air, the harbour is even more breath taking from the deck of a boat. Though there are specific harbour cruises one of the best ways to see Sydney and its harbour is just to take the Sydney ferry to Manly Beach – a fantastic beach in its own right. The ferry ride will course near to varied bays in and around Sydney and truly shows just why Australians are so connected to their oceans and water. 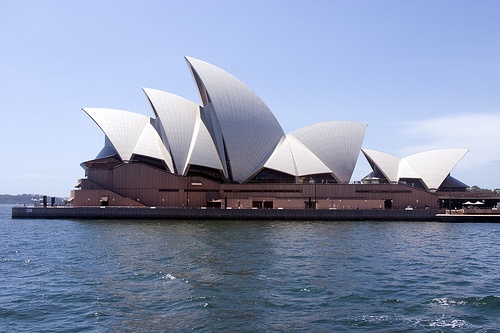 The Sydney Opera house has virtually become a symbol for Australia and it one of the most recognizable buildings in the country and the world. A stunning architectural masterpiece the opera house has more than 1,000 rooms and 3000 different corridors. Each evening the world class acoustics within the building are graced with 4- 5 different performances. 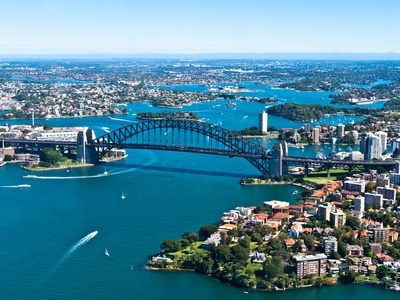 One of the best ways to look at the Sydney Opera House, not to mention the rest of Sydney and its wonderful bays, is via the Harbour Bridge. An impressive work of engineering in of itself the Harbour Bridge can also be enjoyed for the more adventurous from its higher vantages. Offered are Bridge Climb tours where people are attached with cables to the bridge and walk along its highest point for the ultimate view over the city.

With more than a million plants a walk through the Royal Botanical Garden during a warm Sydney sun set promises to be a treat for all the senses. With no cost of admission the gardens are enjoyed for their natural beauty as well being a beautiful ocean side park. Flanked on one side by the trendy harbours of Wallamaloo and on the other by the Sydney Opera house the views from the gardens truly are stunning and world class.

AustraliaCruisesSouth WalesSydneyThings to do
Don’t know where to start? Inspire me...