As Black Panther: Wakanda Forever rolls into cinemas, we thought we’d take a quick look back at the first, ground-breaking entry in the hugely successful Marvel series and some of the best locations around the world – from Uganda all the way to South Korea – featured in the film and which you defo should consider adding to your list of places to visit, pronto!

Okay, so considering the plotline of Black Panther, you wouldn’t be wrong to assume that a good old chunk of it must have surely been filmed in Africa. Wrong! Well, mostly wrong. While it’s true that there were no scenes shot on the ground in Africa (the fictional country of Wakanda was created thanks to some good old CGI wizardry), there were quite a few drone shots which utilised the beautiful country of Uganda for establishing shots when introducing the viewer to T’Challa’s hidden kingdom. A number of real local landmarks were used as focal pinpoints for the audience, including the Rwenzori Mountains, the Bwindi Impenetrable National Park (what a name!), and Lake Bunyonyi.

The Rwenzori Mountains are found in western Uganda, inside its own national park of the same name. Africa’s third highest peak is here, and the park provides some seriously stunning views of glaciers and snow-capped mountains – that’ll be the Rwenzoris  – just kilometres away from the equator. So high do those Rwenzoris climb, they’re known as the  Legendary ‘Mountains of the Moon’ – so named because of the mist shrouding them in the sky, almost 4,000m above the Albertine Rift Valley. No wonder they stood in for the snowy mountain home of the Jabari tribe in Black Panther!

Thanks to the climate, you’ll find bloomin’ all sorts growing here. Think tropical rainforest, bamboo wooodlands, and cloud forests. The thing the Rwenzori Mountains are most famous for, though, are the mountaineering, trekking, hiking, and climbing experiences on offer. We’re already tired just thinking about it.

The Bwindi Impenetrable National Park, meanwhile, is also found in western Uganda – and it’s just a hop, skip, and a bit of a drive along the border with the Democratic Republic of the Congo. On the edge of the Albertine Rift, its 321 square kilometres of montane and lowland forest is only accessible – that’ll be the impenetrable part – on foot. A sanctuary for colobus monkeys, chimpanzees, hornbills, and turacos, its most notable for being home sweet home to the 459 Bwindi gorillas – that’s half of the world’s population of endangered mountain gorillas.

Tourists can visit at any time of the year, but it does get a little tricky during the rainy season. And whatever time of year they choose to come, it’ll most likely be for gorilla tracking, a major source of revenue for the Uganda Wildlife Authority, who look after the park. Tightly controlled to prevent risks to the gorillas, tourists have to obtain a permit first and may only track families that have been habituated to human presence.

Lake Bunyonyi – known as the ‘Place of Many Little Birds’ – is close to Uganda’s border with Rwanda, and is popular with visitors due to its lush, terraced hills, chocka with over 200 bird species. Although, that bit isn’t too surprising, considering its name. Being a big ol’ lake, it’s also great for boat trips and a good swim, and is surrounded by various hiking paths if you want to explore a bit more. With over 29 tiny islands – including the infamous Punishment Island – and 25km long, Lake Bunyonyi is often picked as a good spot for a bit of a rest for those who have just been on a Gorilla safari in nearby Bwindi Impenetrable National Park.

Jaw-dropping. Mind-blowing. Breath-taking. Spine-tingling. All the -ings. If there was ever a true bucket list item, this is it, baby! Okay, let’s cut to the chase: the Iguazu Falls are a chain – nearly 3km long – of hundreds of waterfalls, smack bang between Brazil and Argentina. And it really couldn’t be more smack bang if it tried – the Iguazu River, from which the falls are formed, actually forms the border between the two countries. Its name, in its Guarani form Yguasu, is made up of ‘y’ meaning ‘water’, and ‘uasu’, meaning – you’ll love this – ‘big’.

Something this big and beautiful definitely has some sort of backstory or legend to it; it’s said that a god planned to marry a beautiful woman (aren’t they always?) who instead fled with her mortal lover (good for her!) in a canoe. In a rage, the god sliced the river, creating the waterfalls and condemning them both to an eternal fall. Oooooo – seems a fitting location for the Warrior Falls of Wakanda, where its Kings and Queens are coronated.

About half of the falls, er, fall into the spooky sounding Devil’s Throat, a canyon that’s 80m deep – this is where the Argentina-Brazil border runs through. The Brazil side claims most of the actual Iguazu River, but Argentina has most of the waterfalls. Guess you really can’t have your cake and eat it. Easily reached by nearby towns on both sides of the border, the falls are unsurprisingly hugely popular.

A particular favourite spot for tourists is a walkway on the Brazilian side, extending across the lower base of Devil’s Throat. But if you’re feeling really boujie, Brazil offers helicopter tours over the falls for the best seat in the house. But we reckon you should maybe take the lead of the Argentinians on this one, who prohibit such tours from their side due to the damage they can cause to the local flora and fauna. Instead, they offer boat trips that take you right up close and personal with the crashing cascades – bring your raincoats!

Busan is Seoul’s lesser known sister, and is South Korea‘s second most populous city. It’s also the country’s city on the sea, sitting pretty on the southernmost point of the Korean Peninsula. The production team snapped it up for two important scenes in Black Panther – the entrance to the casino where the Wakandans believe Vibranium (the fictional super super strong metal found only in their country) is being sold, and the iconic car chase scene through the city and across Gwangan Bridge, a major landmark of the city.

Jagalchi Market was used as the entrance to the casino, and is a famous fish market in Busan – the largest in the whole of South Korea, actually! You’ll find bloody all sorts here, at both the indoor and outdoor market. Fresh fish. Dried fish. A spa. A karaoke restaurant. A sky terrace. Even a wedding venue! But the best thing to do (if you’re not a veggie, that is!) is choose a live fish from downstairs and then head up for the restaurants, who’ll prepare it for you right there and then – talk about from fishing trawler to table!

The car chase scene, meanwhile, was largely filmed on the Gwangan Bridge, a real – ahem – gem of the Busan skyline. It connect two parts of the city – Haeundae-gu and Suyeong-gu, and looks its absolute best when lit up at night. That’s actually a big part of the reason they chose to film in Busan – it looks bloody great at night!

If you find yourself in Busan, don’t just stick to the fish market or the bridge, though. Don’t forget that it’s the city on the sea… that means beaches, baby! 7 of them, in fact. It’s easy to forget that Busan is on the coast, but it sits right on it, making getting to the beach a right breeze. There’s the party beach Haeundae, where you’ll find all the clubs and bars. Dead popular with both locals and tourists, the area is filled with hostels and live music events – defo one for the young at heart. Head to Songdo for a more chill vibe and take a cable car ride with Busan Air Cruz right across the water from one side of the beach to the other. Gwangali beach is where you want to be at night to catch those amazing views of Gwangan Bridge.

Oh, and here’s another thing that’s an absolute must see: Haedong Yonggung Temple, sitting on a beautiful and cliffy stretch of the coast, is a unique place of worship going back more than 600 years. The temple’s location was originally picked because of its place between mountain and sea, said to be auspicious, and is one of only three dedicated to the Goddess of Mercy. Note the amazing pagoda, guarded by 4 stone lions symbolising joy, anger, sadness and happiness, and the statue of the Goddess of Mercy herself, said to never be covered by snow, and to have flowers growing around it in, even in winter!

Okay, so we can’t get you to Wakanda, but we can get you to loads of other places. 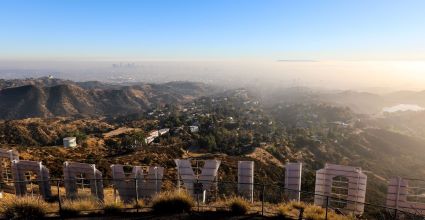 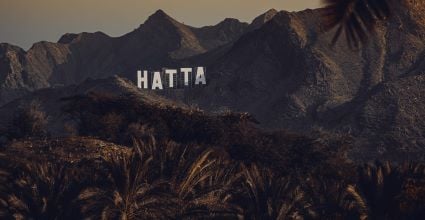 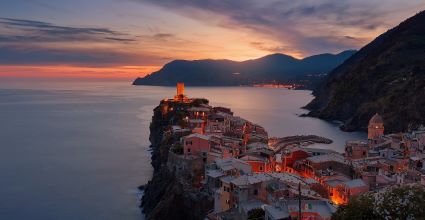 Victoria | general, Inspire me | No Comments
2022 was the year of #revengetravel and we reckon it's only gonna get stronger in 2023. But what is it?…

AfricaArgentinaBrazilfilming locationsSouth Korea
Don’t know where to start? Inspire me...