By Phil Bloomfield December 17, 2019 No Comments

This December sees the release of the final Star Wars film, The Rise of Skywalker. To mark the closure of the epic series, we’ve scoured galaxies both near and far, far away to put together a travel itinerary of locations from each of the nine ‘core’ films, plus two of the spin-offs. So you don’t have to look in Alderaan places (see what we did there?) if you want to follow in the footsteps of Luke, Leila, Han, Chewie and the rest of the gang.

If you’ve ever wanted to hang out in the land of the Ewoks or visit the stunning little island where Rey found Luke in The Force Awakens, we’ll show you just where you need to go. And what’s more, we promise that you won’t need the Millennium Falcon to see them – because who really wants to travel around in a freighter anyway? Ok, in this case, maybe we do!

Various interior scenes showing the inside of Queen Amidala’s impressive crib were filmed at the Royal Palace of Caserta, located just northeast of Naples. This grandiose Italian building was built in the 1750s for King Charles III and boasts the title of being the largest royal palace in the world. 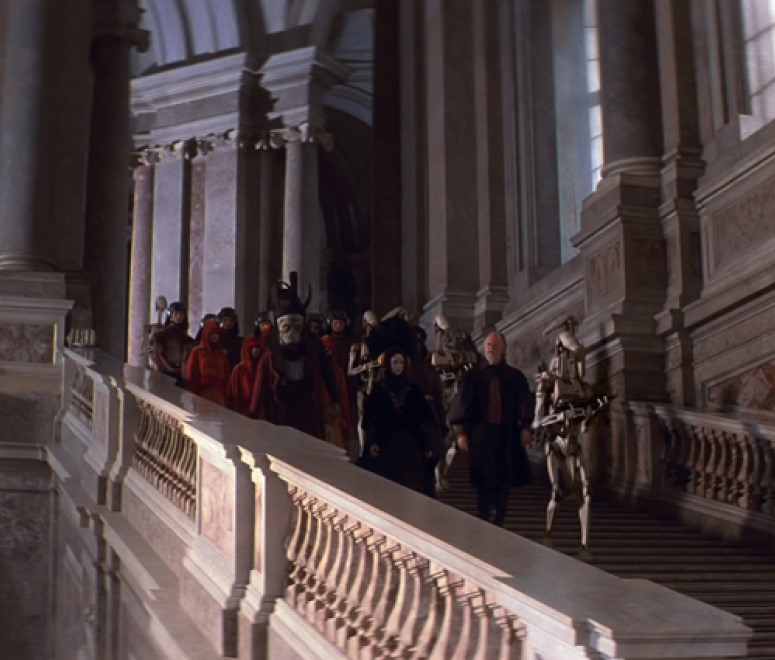 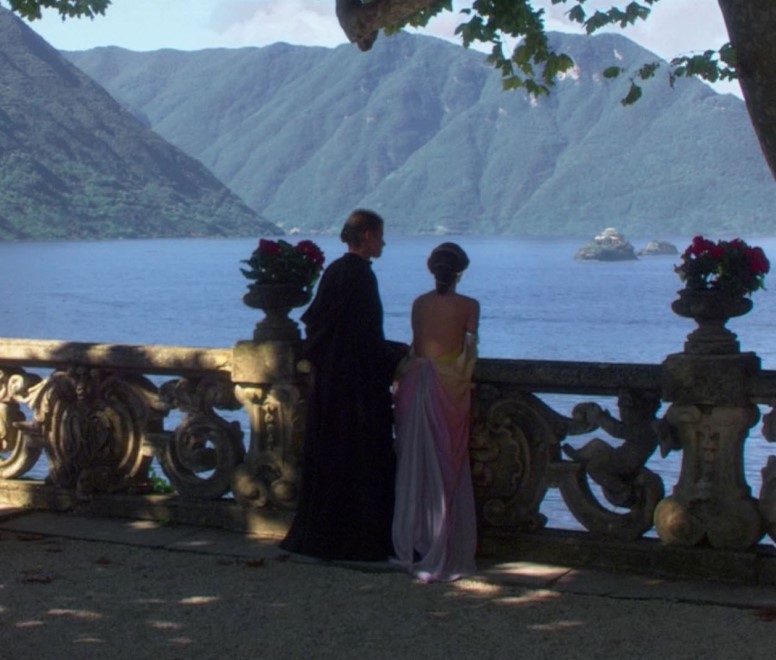 Located on the banks of Lake Como, Italy, Villa del Balbianello served as the stunning location for Anakin Skywalker and Padme Amidala’s hiding place in Attack of the Clones. Built in 1798, the villa first served as a monastery, but it’s now owned by the National Trust of Italy. The villa also serves as the location of Anakin and Padme’s wedding at the end of the film.

Lots of scenes in the second trilogy of movies were filmed using green screens and CGI but, in this case, that wasn’t needed. Star Wars creator George Lucas chose this breathtakingly beautiful alpine town to depict Princess Leia’s home planet of Alderaan. Unlike the ‘real’ Alderaan, you can still go and visit it as it hasn’t been destroyed by the Death Star… yet! 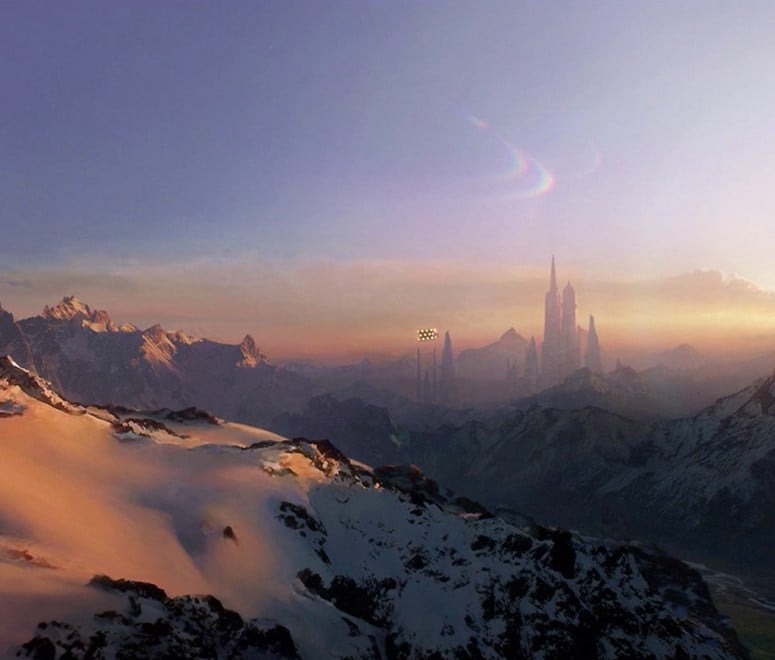 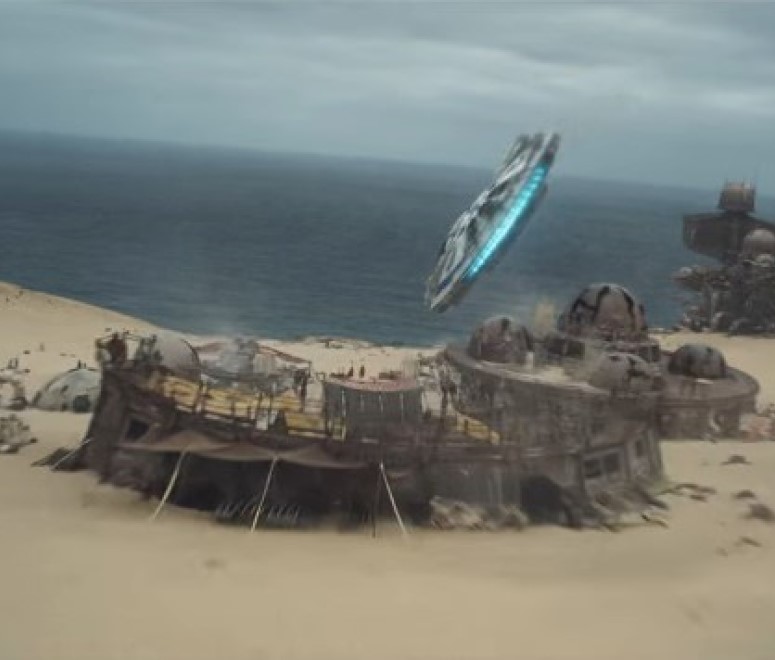 When Han Solo, Beckett and Lando needed to get their stolen Coaxium refined, the Canary Islands were apparently the answer! The planet of Savareen is actually Las Palmas, where you can go and visit the sand dunes and see the panoramic views for yourself. But you might not be able to get your Coaxium refined there these days…

It must have been such a trying time for the cast and crew to film on location in the Maldives. But that’s just what they had to do for Rogue One. The beautiful islands of Gan and Berasdhoo, the latter of which is uninhabited, were used as the backdrop for the Imperial base on the paradise planet of Scariff that the Rebel Alliance had to infiltrate to steal the plans for the Death Star.

If you want to go hunt for the plans yourself, Qatar Airways, Emirates and Etihad fly daily to the capital Malé, with British Airways operating a seasonal non-stop service from London Gatwick. 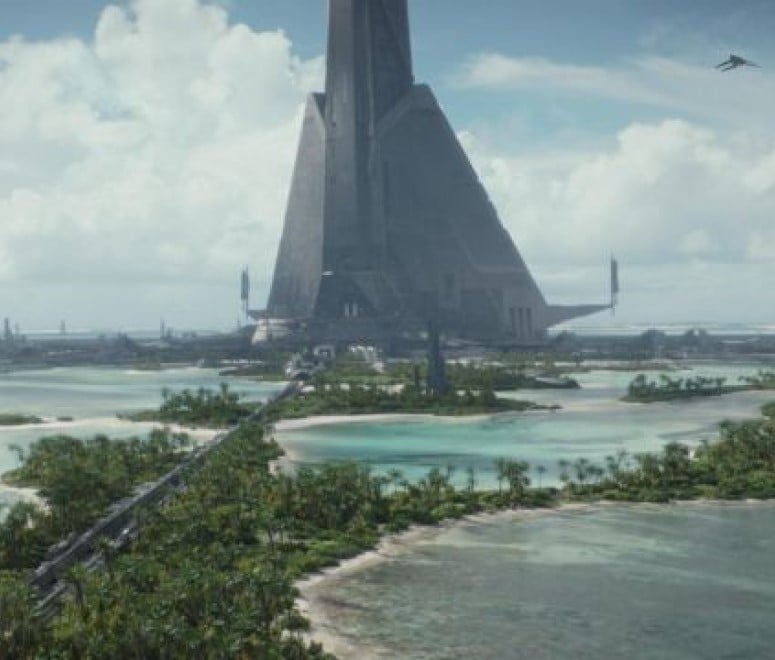 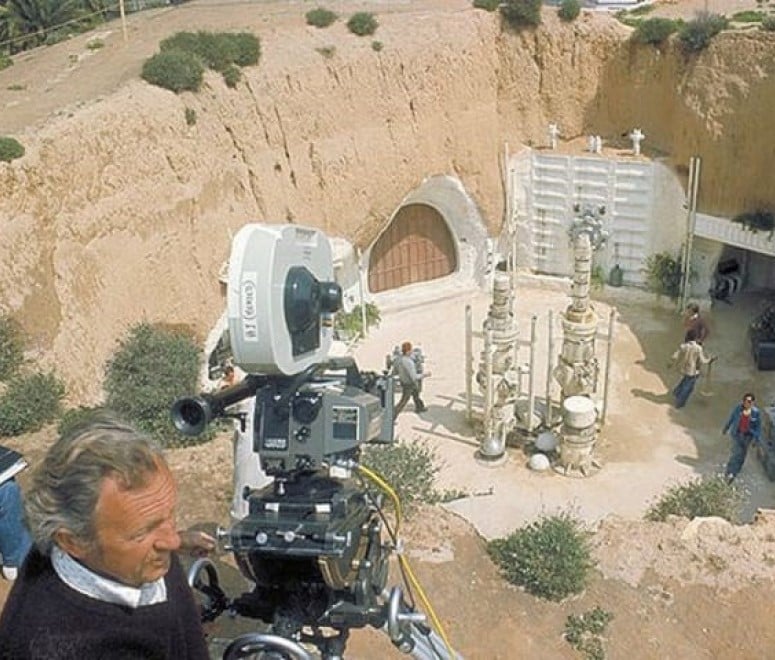 The original film of the Star Wars series, although the fourth in the nine-part core story line, saw lots of on-location shooting in Tunisia with the Hôtel Sidi Driss acting as the iconic Lars homestead – and Luke Skywalker’s childhood home. The hotel is made up of five pits with four reserved for guests to book and sleep in, while the fifth is now preserved as ‘the Star Wars pit’. Guests can dine in the Lars family dining room, which plays the role of the hotel restaurant and, unsurprisingly, the hotel is now more commonly known as ‘The Star Wars Hotel’.

The memorable scenes from the Battle of Hoth, and of the Rebel Alliance’s Echo Base, were filmed in 1979 in Finse – a small Norwegian town located between Oslo and Bergen. During filming, an intense snowstorm descended upon the town allowing the director to film two pivotal scenes: Luke Skywalker’s escape from Wampa cave, and his moment with the spirit of Obi-Wan Kenobi. Both of these scenes were filmed outside the of the Finse 1222 hotel where Carrie Fisher and Harrison Ford both stayed. 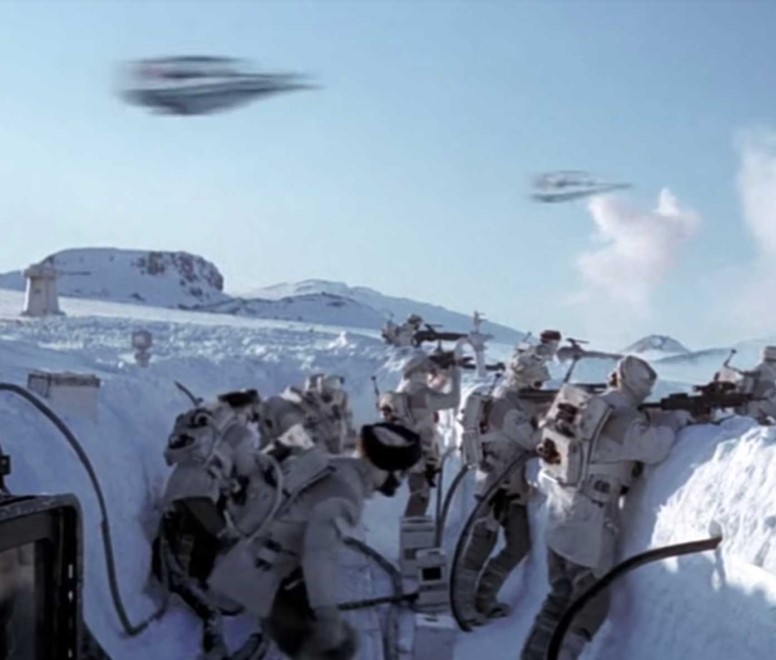 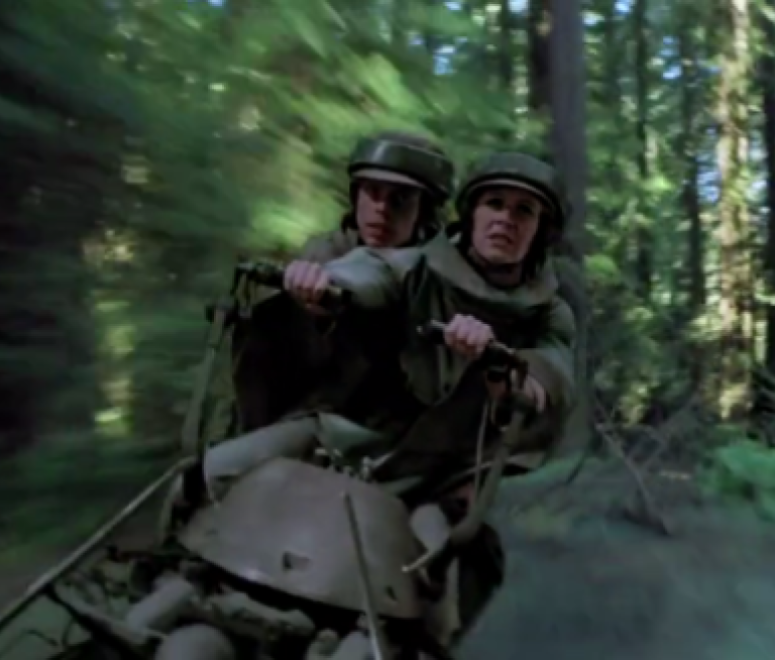 Northern California’s Redwood National Park played the location for one of the most iconic moments of the original Star Wars trilogy – the speeder chase on the forest moon of Endor, home of the Ewoks. Located in Marin County, not far for George Lucas’ Skywalker Ranch, this unspoiled area of majestic Redwoods saw Luke and Leia attempting to stop a pair of scout troopers from revealing the Rebel Alliance’s presence on Endor.

Flights with Virgin Atlantic, British Airways and United Airlines depart daily to California from both London and Manchester.

When Luke Skywalker went in to hiding, he went to the planet Ahch-To – a place mostly covered by oceans with just a few desolate islands. In reality these islands are off the coast of southern Ireland. Skellig Michael, the island depicting Skywalker’s hideaway, became a UNESCO World Heritage Site in 1996. During good weather you can take a ferry to the islands from the town of Portmagee, which is roughly 100 miles west of Cork Airport. 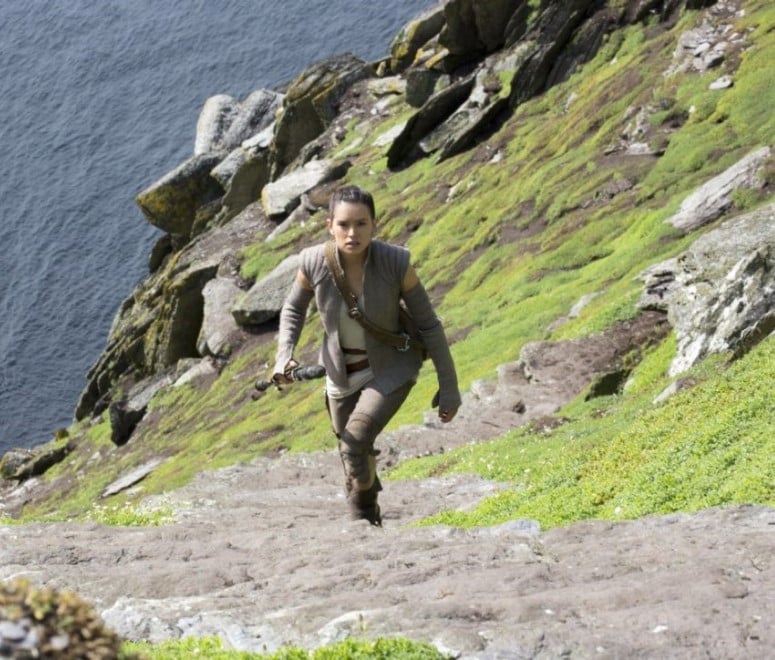 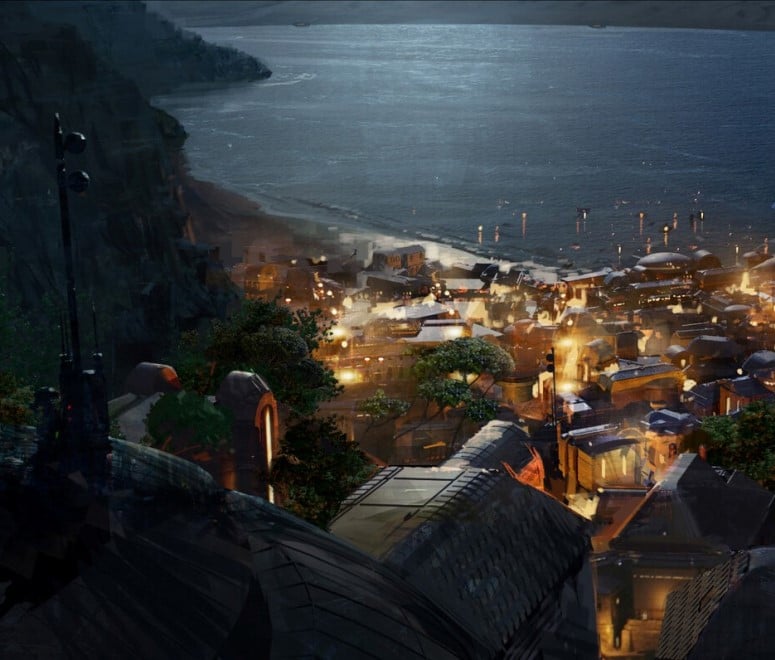 In The Last Jedi, Rose and Finn head to the planet Cantonica in search of a master code-breaker who can disable the First Order’s dastardly new weapon. The duo is lead to the lavish casino city of Canto Bight, where they’re soon chased and hunted down as they try to escape. Filming for some of these scenes took place in March 2016 in the beautiful walled city of Dubrovnik in Croatia, with just a small dose of CGI wizardry.

Trailers for the ninth and final episode of Star Wars’ core story, The Rise of Skywalker have given us sneak peaks of scenes filmed in the enchanting Wadi Rum desert of Jordan. This incredible looking scene takes place on the desert planet of Pasaana where the First Order are chasing down Poe Dameron, Finn and co. See for yourself what happens next when the film hits UK cinemas on 19th December… 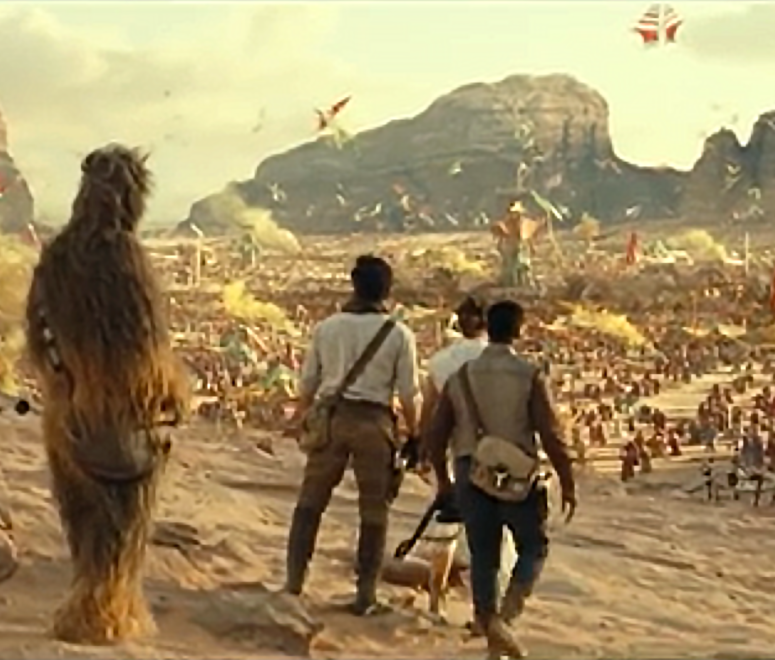 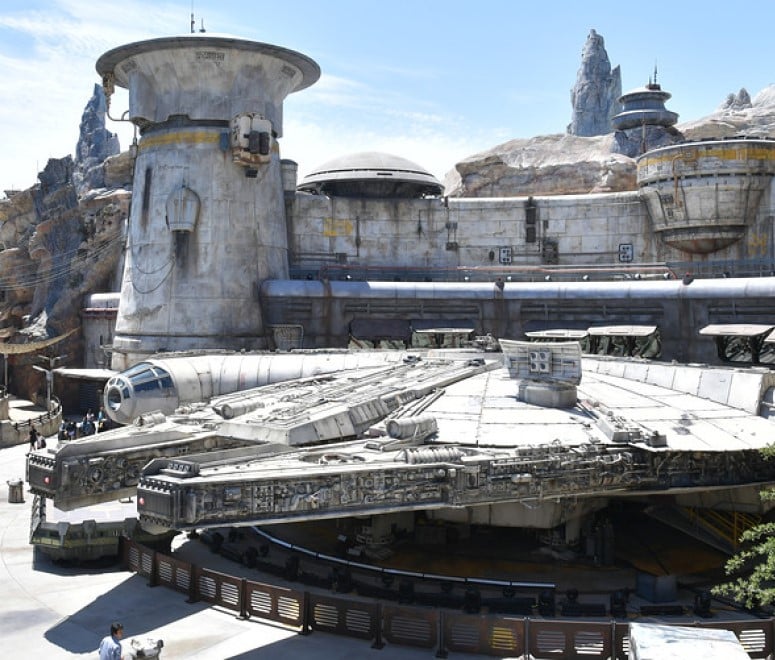 The new Disney parks feature two signature rides, Millennium Falcon: Smugglers Run and Star Wars: Rise of the Resistance (opening 2020) with workshops where you can build your own lightsaber and design, assemble and activate your own droid.

Live your own Star Wars Adventure in a galaxy far, far away when you book your Disney holiday with Netflights.

CaliforniaDisneyFloridaItalyJordanMaldivesNorwayOrlandoSpainSwitzerlandTunisiaUSA
Don’t know where to start? Inspire me...