Pagodas with coastline views and eateries to satisfy the most finicky of appetites and coral groves  line the 3,260 kilometres of coastline. It’s no wonder that Vietnam is high on the holiday destination list.

Well-known for its beautiful beaches, the city of Da Nang (roughly half way between Hanoi and Ho Chi Minh) draws the hordes of visitors year after year. They come for the beach life and sunshine. But where should you go? Here’s a list of the best Da Nang beaches to visit during your stay in Vietnam. 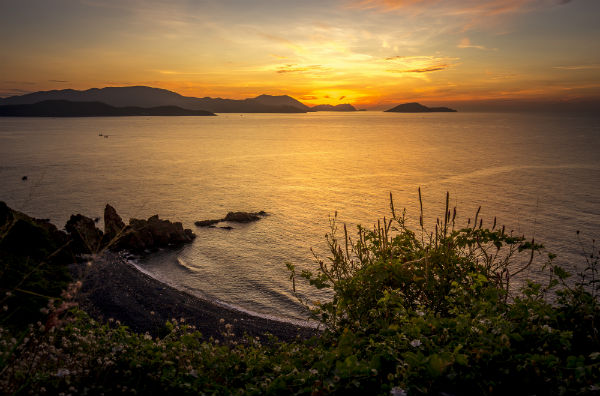 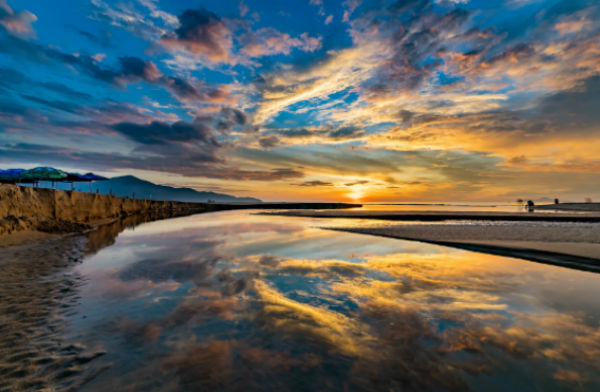 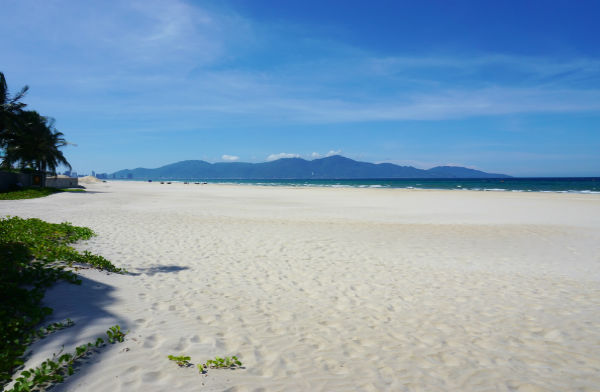 This long stretch of white, sandy beach is one of the most scenic in all of Vietnam. My Khe, listed as one of the top beaches in the country, is fantastic for sun-worshippers and surfing fanatics. It is also a great place to taste some of the local delights, with shrimp pancakes being just one of many.
Distance from city: 15 minute drive

This is the beach to head to if you want to get away from the hustle and bustle of big city life. Lang Co beach is peaceful and clean. Although the waves get rather large, there are life guard services provided by surrounding resorts. Picnic on the sand (just remember to leave no litter footprint) and add something to it from the kiosks.
Distance from city: 50 minute drive

Plan your holiday in Vietnam, including flights, hotels and car hire.

Considered to be one of the cleanest beaches in Da Nang, it’s also one of the few beaches where you will have to compete with crowds of tourists, since it is owned mainly by a few private hotels and access is limited. The water is fairly shallow – ideal for children and there are plenty of eateries along the coastline.
Distance from city: 7 minute drive

Pham van Dong is one of the most spectacular beaches in Da Nang and has been the back-drop for several movies. There’s gym equipment for public use for those of you that plan on keeping up the schedule; arrive in the early morning when it’s cool enough for a workout and before things get busy.
Distance from city: 15 minute drive

A five kilometre long coastline of sloping, soft white sand lapped by gentle swell – enough to surf, in fact, between April and September (beginner’s level). If you’re not arriving early for the surf, hike the Marble Mountains beforehand; each of the five peaks are named after the elements: Kim (metal), Thuy (water), Moc (wood), Hoa (fire) and Tho (earth) and there’s Buddhist sanctuaries hidden in the limestone hills.
Distance from city: 25 minute drive

Off the tourist track, it’s quiet, peaceful, hidden from the city and close enough to cycle. Check your calendar for Vietnamese public holidays before you arrive as it becomes extremely busy with locals when the city has a day off. If it’s a normal week day, chances are you you’ll be the only tourist here.
Distance from city: 15 minute drive

So called because of the Buddha statue that, according to legend, washed up on shore. The Linh Ung Pagoda is nearby, once a shrine to pray for good fishing. On the beach nowadays there’s organised sporting activities including football and paragliding. If you’ve got a fear of heights you can always look out for the two wooden huts that showcase the work of photographers Ho Xuan Bon and My-Dung.
Distance from city: 25 minute drive

Called “the unspoiled masterpiece of Vietnam,” the Bai Rang cove is lapped by sparkling blue waters and surrounded by undulating cliffs. The shallow waters are teeming with many different species of tropical fish – you won’t even need a snorkel mask to see it. Arrive early with a camera for shots of local fisherman.
Distance from city: 25 minute drive

Dubbed “Red Beach” by the American soldiers posted here during the war. The name is not as sinister as it sounds – in the late afternoon the water takes on a shimmering, red appearance as the sun descends below the horizon. It’s busy at sunset o’clock but quiet at other times of the day – try for sunrise to avoid the crowds.
Distance from city: 20 minute drive

BeachVietnam
Don’t know where to start? Inspire me...