What to know and where to go during a Dubai stopover

The sheer amount of Dubai flights means that the airport is the busiest in the world in terms of international traffic. It stole the crown from London Heathrow in 2014, and today handles nearly 90 million overseas passengers each year. If you’re flying to Australia, New Zealand or somewhere in the Indian Ocean, it’s a common break point. Rather than just changing planes, though, it’s worth extending your trip and enjoying a Dubai stopover. Whether you have a few hours or a couple of days, here’s everything you need to know about how to spend your time.

Essential information for a Dubai stopover

British Citizens get a 30-day visitor’s visa upon arrival in the UAE. It’s completely free and will be stamped in your passport at immigration. There’s no need to arrange anything in advance, but your passport must be valid for at least another six months. The visa will terminate automatically on departure, and a new one will be issued when you next visit the UAE.

If you’re flying long-haul, some airlines will check your luggage all the way through to your final destination. However, others will require you to collect your bag at your layover destination and then recheck it. If you’re planning a stopover in Dubai, this is something to bear in mind – particularly if you’ll be staying overnight. The best thing to do is contact the airline in advance to check their policy, so you can plan accordingly.

If you have a short layover in Dubai and want to leave a bag at the airport, there are left luggage facilities at Terminals 1 and 3. They cost just AED 25 (about £5) for 12 hours and both arriving and departing passengers can use them. Whether you’re planning a Dubai stopover or not, you’ll need to be aware of your airline’s baggage allowance. You don’t want to go over and face a hefty fine! And to make sure you have everything you need when you’re on the plane, check out our list of things you should always pack in your hand luggage.

Many of Dubai’s top attractions are close to the airport and you can easily reach them in 15-30 minutes. There’s a taxi rank outside each terminal, or you can always order an Uber. Alternatively, why not hop on the Dubai Metro? There are currently just two lines – the Red Line and the Green Line – although a third is opening in 2020. Dubai Airport’s on the Red Line, which runs between Rashidiya and UAE Exchange in Jebel Ali. It passes through Deira and Bur Dubai, and connects to the Green Line at Union Station. 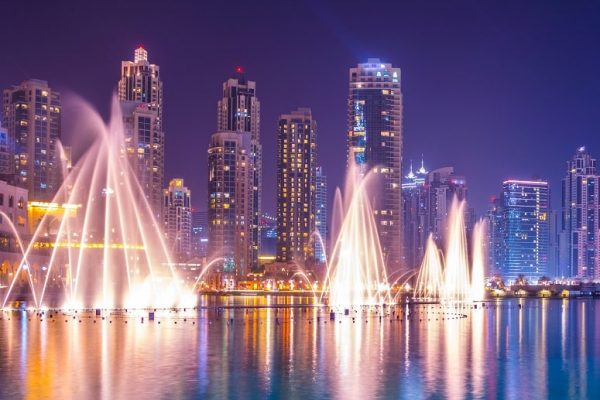 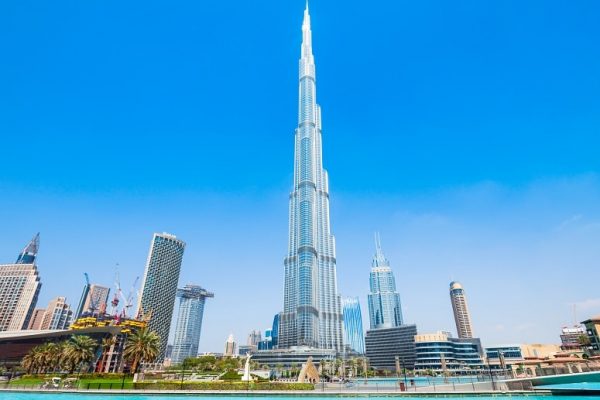 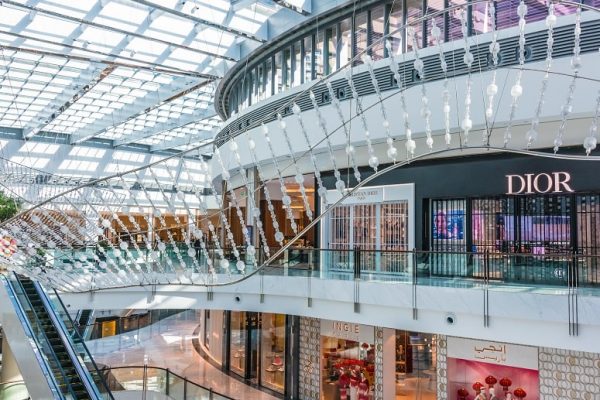 What to do during a Dubai stopover

This glittering metropolis is famed for its skyscrapers and sand dunes. Whether you want to bask in its year-round sunshine, or marvel at the view from atop the world’s tallest building, these are the places you should go to make the most of a stopover in Dubai.

If your layover isn’t very long, spend what time you do have in Downtown Dubai. A lot of the best things to do in Dubai are in this one neighbourhood. When you arrive, you’ll immediately notice the Burj Khalifa – at almost 830 metres, it’s hard to miss! It dominates the Dubai skyline, and is arguably the city’s premier attraction. Once you’re done taking pictures in front of it, head inside and ride the elevator to the At The Top observation deck. Depending how much you’re willing to pay, you can choose between floors 124, 125 and 148 floors. Alternatively, head to The Lounge, spread across levels 152, 153 and 154, and enjoy tea in the clouds. Or, if you’re visiting later on, you can dance the night away on the outdoor terrace, 585 metres above the city.

Just round the corner from the Burj Khalifa you’ll find the Dubai Mall. In keeping with Dubai’s philosophy that bigger is always better, this 502,000-square-foot shopping mecca has over 1,300 retail outlets, including two department stores – Galeries Lafayette and Bloomingdale’s – and more than 200 food outlets. It also houses a cinema, an Olympic-sized ice rink, VR Park Dubai – a virtual reality theme park – and the Dubai Aquarium.

Outside the mall is the Dubai Fountain. Designed by the same people responsible for the famous Bellagio Fountain in Las Vegas, it’s set on the manmade Burj Khalifa Lake and is the tallest performing fountain in the world (surprise surprise!). A popular water, light and music show takes places every half an hour from 6pm daily.

Downtown Dubai’s top entertainment venue is the Dubai Opera. Despite its name, it hosts a variety of events – from musicals and ballets to comedy shows and rock concerts. Ticket prices vary by show. If you don’t have time to see a performance, it’s still worth checking out the views from the glass-fronted foyer. Oh, and there’s a pretty swanky bar and restaurant on the top floor.

With its audacious architecture and indoor ski slopes, Dubai’s one of the world’s most modern cities. But, just 60 years ago, it was a small fishing village whose economy was propped up by pearl diving. To learn more about the Emirate’s history and cultural heritage, head to Dubai Old Town.

Centred on the Dubai Creek, this area isn’t as sleek as the rest of Dubai, but it feels more authentic. Make your first stop the Dubai Museum. Housed in the city’s oldest intact building – Al Fahidi Fort – it charts Dubai’s evolution over the past 5,000 years. Once you’ve finished exploring the museum, head 10 minutes away to the Al Fahidi Historic District. Merchants from the Persian town of Bastak originally built this quarter in the early 1900s. By the Seventies, though, it had fallen into disrepair and most residents had moved elsewhere. It was meticulously restored in the early 2000s and today the labyrinth of narrow lanes are lined with museums, craft shops, cultural exhibits, courtyard cafes, art galleries and even a couple of boutique hotels.

If you want to pick up a few souvenirs during your Dubai stopover, the souks in the Old Town are a great place to do so. The Textile Souk is on the left bank of the Dubai Creek, while the Spice Souk, Perfume Souk and Gold Souk are all on the right. To get between them, cross the waterway in a traditional wooden abra – rides cost just AED 1. 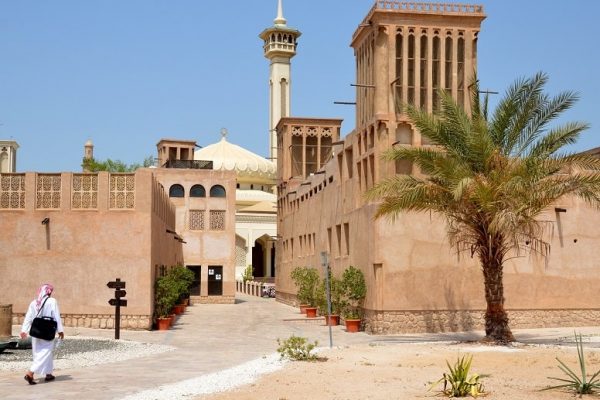 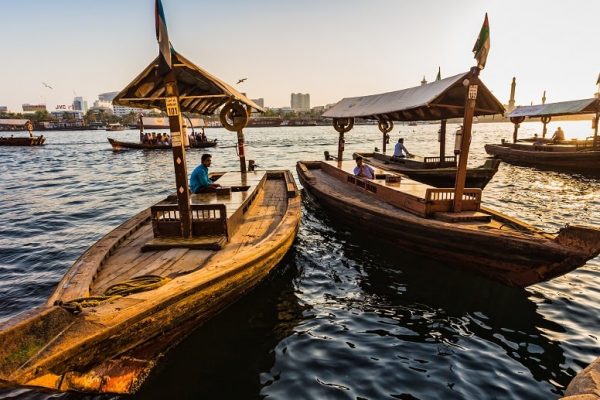 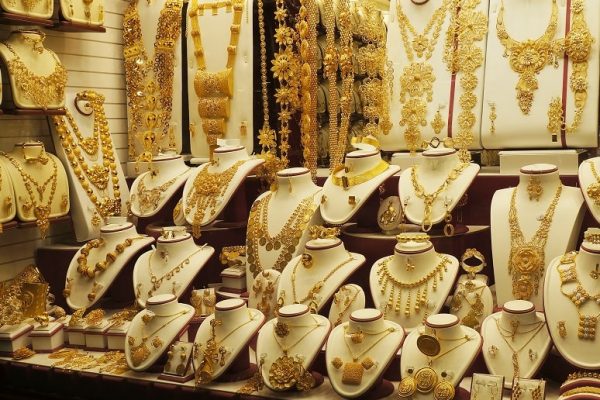 One of the UAE’s greatest draws is its weather. So, if you’ve got a Dubai stopover, it’s only right that you should make the most of it and spend some time at the beach. There are plenty of them to choose from! Sunset Beach – also called Umm Suqeim Beach – is quieter and less developed than much of the coast. It’s ideal for surfing and fishing, and you can watch the kitesurfers performing stunts at nearby Kite Beach, which tends to be slightly busier. It’s also the place to go for great views of the Burj Al Arab – Dubai’s iconic, sail-shaped skyscraper.

JBR Beach is one of the most fashionable spots in the city. Sandwiched between the Arabian Gulf and Dubai Marina, this hip hangout has everything you could ever need. Bars, bistros and fancy boutiques line the promenade, while the beach itself has a volleyball court, banana boat rides and heaps of watersports – including parasailing, wakeboarding and jet-skiing. If you’re a fitness fanatic, there’s a cushioned running track, punctuated with gym stations and exercise machines. Or, if you’re looking for an adrenaline rush, the drop zone for Skydive Dubai is right nearby.

If you’ve got kids joining you on your Dubai stopover, La Mer is a good option. Dubai’s newest beachside destination, it has an inflatable playground for low-impact, high-intensity fun. And there’s also the Laguna Waterpark. With a surf machine, five water slides, a lazy river and a couple of play areas, kids of all ages will have a great time splashing about here.

On the flip side, if you want a swanky, adults-only experience, Nikki Beach Dubai should be top of your list. Set on Pearl Jumeirah, the Dubai outpost is the only one of these luxury beach resorts in the Middle East. Besides panoramic ocean views, it offers plush sun beds, giant cabanas, and delicious food and cocktails. Oh, and there’s a private pool, complete with swim-up bar. Partying is high on the agenda here, and there’s a jam-packed entertainment calendar that includes leading musicians and international DJs.

Venture out in to the desert

How much you can see and do during your Dubai stopover largely depends on the length of your stay. But if you’re in the City of Gold for more than a day, why not escape the skyscrapers for a bit and explore the surrounding sand dunes? There are loads of companies in Dubai that organise desert safaris. Whether you want to travel by Jeep or camel, or see the desert from a hot air balloon, there’ll be a tour that’s right for you. Some desert safaris are full-day adventures – you can even stay overnight in a traditional Bedouin desert camp and enjoy a barbecue dinner. Other companies specialise in early-morning excursions, so you can see the sunrise. And if you’re something of a thrill-seeker, make sure you pick a tour that includes quad-biking or sand-boarding. 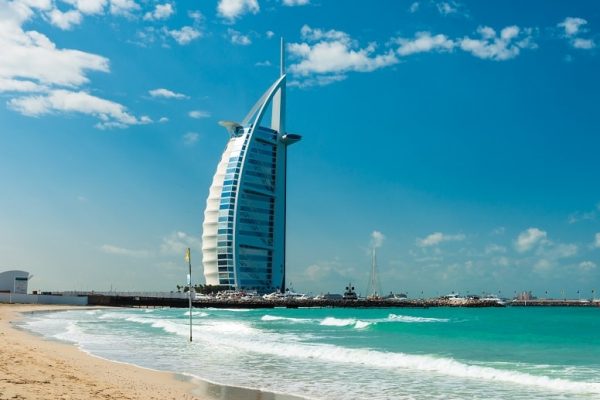 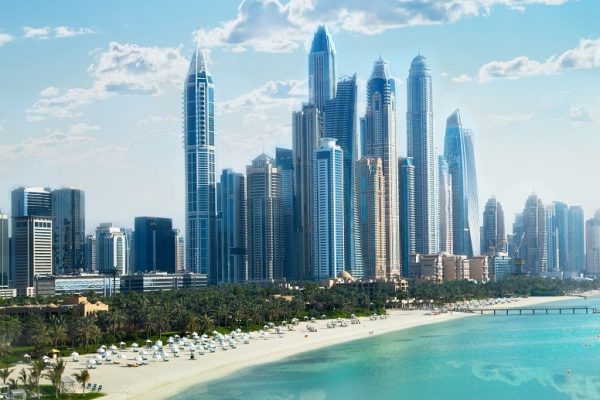 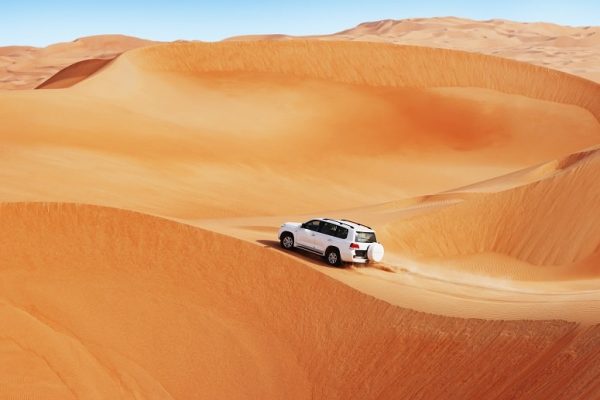 And if you want to make your trip as seamless as possible, these are the best travel apps for an easy holiday.