Come fly to Australia with Netflights

G’day, mate. Looking for a trip of a lifetime in 2023? Now, there’s nowhere like Australia - but you know that. The glorious sunshine, stunning beaches and laid-back vibe of the coast make for a perfect pairing with the urban metropoles of its vibrant cities. Whether you’re touching down in sunny Sydney or lively Perth, Australia is always an ideal getaway. Let loose in the big city or go crazy in the outback - you get the best of both worlds out here. Australia’s waiting, so find your next cheap flight to Australia in 2023.

Key facts about Australia be in the know

Most popular airports to fly into in Australia

touchdown in a country nearby
New Zealand
cheap flights to Auckland

How much is it to fly to Australia?

Which airports fly to Australia?

You can fly to Australia from any of these UK airports.

It's best to book this far in advance if you want cheap flights to Australia.

These airlines usually offer the cheapest flights to Australia.

What airlines fly direct to Australia?

These airlines fly straight to Australia without stopping.

You can fly to Australia with these airlines, but you'll have at least one layover.

Flights to Australia are generally cheaper at this time of year. Or you could get a deal by booking your flight last minute.

This is the most popular time of year to visit Australia, so flights are more expensive.

How long should I stay in Australia?

On average, people spend this amount of time in Australia.

How long is the flight to Australia?

The shortest flight is from London Heathrow (LHR) to Perth (PER) with Qantas, but other routes may take longer.

What you need to know before flying to Australia

When's the cheapest time to fly to Australia?


The Australian summer heats up between December and February, so you can often find the cheapest flights between June and July. If you’ve got your heart set on a winter getaway though, you might need to be ready to pay a little bit more as prices peak during the festive season.

When's the best time to go to Australia?


So, you already know the Australian summer season falls during our winter, but you might not realise just how much the climate varies down under. For hot and humid summers, you’ll want to head to the Aussie north. It’s closer to the equator and gets the brunt of Australia’s hottest weather. If you’re on the coast though, you can look forward to slightly cooler summers. You can rest assured it will be hot wherever, but to avoid some of the blistering highs, you could be better served by staying close to the coast. If you’re looking for something even cooler, you can generally expect a mild winter between July and August.

How long is the flight to Australia?


Strap in for the long haul! You’re looking at around a day to make your flight from the UK to Australia. Of course, this will vary depending on your destination — Australia is enormous, after all. While London to Perth is around the 22-hour mark, a flight to the southwest — Sydney, for example — will add some extra time, with flights ranging between 25 and 30 hours, depending on where you stop over. If you’re impatient to get over there (we get it!), a direct flight with Qantas will land you in Perth in just under 17 hours. Trust us, it’s worth it.

Which Australian airports can I fly to from the UK?


This vast country has airports just waiting to welcome you in from coast-to-coast, with each running different routes to the last. Perth Airport, in western Australia, is usually the cheapest option for UK fliers, while the popular eastern airports in Sydney and Melbourne will get you to the heart of the country’s biggest cities in no time. If you’re heading slap bang into the middle of Aus, then your best bet is likely to be Alice Springs Airport, while if you’re heading north, you’ll want to fly to Cairns Airport which sits right on the northwestern coast. On the UK side, while you’ll be well-served flying from London. But you can also head to the above destinations from the Midlands (Birmingham) and the north of England (Manchester) as well as Glasgow, Edinburgh and Belfast.

Which airlines offer flights to Australia?


No matter when and where you’re looking to kick-off your Australian holiday, you’ll likely find a decent range of airline providers to choose from. Right now, the only direct flights to Australia are from Qantas, so you will need to consider flying with a stopover. Indirect flights to Australia are run by Emirates, Lufthansa, SWISS, Qatar Airways and Singapore Airlines. For UK travellers, the most common layover destinations are Dubai, Abu Dhabi, Singapore and Hong Kong, but you could also find yourself anywhere from South Africa to Los Angeles. Looking to keep costs as low as possible? SWISS and Lufthansa are your best bet.

What will I find when I get there?


Australia is a dreamland for holidaymakers seeking fun in the sunshine. With its exciting cities and astounding coastlines, there’s never a dull moment though you’ll not be hard pushed to find some peace and quiet, should you look for it. Below, we look at some of the most popular things to do in Australia

Whether you’re a seasoned surfer, a brand-new boardie, or you simply fancy bumming around on the beach, welcome to paradise. Australia’s famed beaches offer surfing, socialising, sports and of course, sunshine. And there’s plenty to choose from, with more than 10,000 beaches at your disposal. We wouldn’t suggest trying to visit them all but the standard is seriously high. From Bondi’s rolling waves to the waters of Queensland’s Four Mile Beach, it’s time to grab your or bikinis.

Get in a bit of urban exploration

While it’s tough to pull yourself from the beach, Australia has some of the most vibrant cities in the world, offering all manner of weird and wonderful adventures. Whether you’re an out-and-out food tourist, a culture vulture seeking ground-breaking art, or you simply like exploring the nooks and crannies of a beautiful city, you’re spoiled for choice. Many of them are decorated with an abundance of luscious green spaces too, so there are innumerable spots to perch beneath some dappled shade and appreciate your surroundings. Sydney has the Opera House. Bondi Beach. The Harbour Bridge. It's all about the iconic here. As a city that’s as fascinating by day as it is lively at night, its wow factor extends across all hours. The shimmering harbour and stunning beaches are a sun worshipper’s dream, while its lavish inner-city sprawl is a playground for urbanites. Melbourne, on the other hand, is where culture vultures unite. Considered by many as the most European of Aussie cities, it’s bloomin' popping with a kaleidoscope of street art, hip cafes and restaurants. With plenty of different neighbourhoods to explore, Melbourne’s a winner.

Perth, on the southwest coast, is half sandy beaches, half vibrant cityscape. A proper place for fun beneath the Australian sun. Rarely a day goes by when there isn’t something happening in Perth. You get there, and the locals will do the rest. Brisbane, meanwhile, is where you grab a board, hit the beach and crack open a cold one. Sound good? And for the city-dwellers, there’s plenty to be explored too, as the popping cultural scene offers entertainment for all ages. And did we mention the vineyards? Adelaide, once a spot known as the 'City of Churches', has somewhat left its past behind and stepped towards a delicious blend of multicultural flavours in its food, its music, its art and its general atmosphere. A terrific spot that is notoriously cheaper than the other big city destinations, don't sleep on this one! Oh, and then there's Cairns. No, not Cannes! Cairns! If you’re looking for the Great Barrier Reef, there’s nowhere better. A backpacker’s dream, here you can embrace your inner tourist without a hint of shame.

Out to the outback

While famous for its sweeping horizons and dusty red landscapes, the Australian outback is so much more. Discover idyllic waterholes or dine beneath the starlit sky, and you’ll soon feel more attuned than ever to Australia. And who knows you might bump into an animal or two, whether a ‘roo or an emu. Either way, you’ll feel a spiritual connection to Aus in its stunning Outback.

Oh, and don't forget this lot before you fly!

If you’re heading to Australia, then on arrival you’ll need to present a valid passport, a valid visa or authority to enter, and a completed and signed Incoming Passenger card, including health and character declaration. If you’re planning on visiting Australia for an extended stay (longer than 90 days), you’ll have to apply for a long-stay Australian tourist visa. Heading over in the peak summer season? Remember, it’s Australia. Chances are, it’s going to be hot out there — so pack accordingly. While you don’t currently need to provide proof of your COVID-19 vaccination, at the moment it’s still a mandatory requirement to wear a mask on inbound international flights. 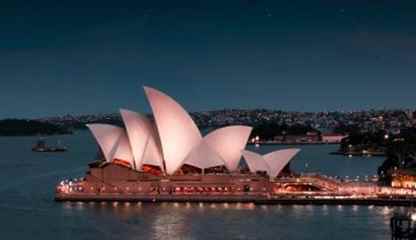 How to do date night in Sydney 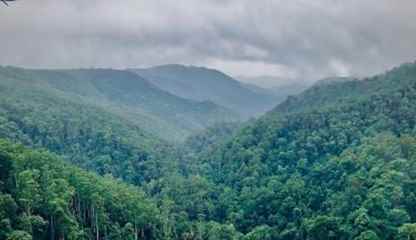 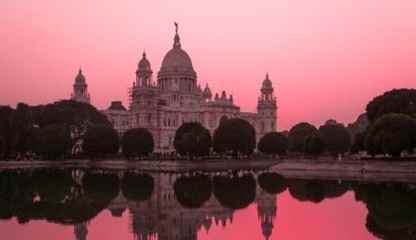