Leap year traditions around the world 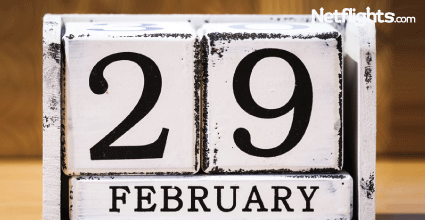 Spring is going to take a bit longer to arrive this year, as a leap year means February gains an extra day. Leap years came about because it takes a little longer than 365 days for the Earth to orbit the Sun. So to stop the seasons getting out of synch, an extra day is added at the end of February every four years to even things up.

Our calendar isn’t the only one that needs a bit of adjustment either – the Iranian calendar has eight leap days over 33 years, and the traditional Chinese, Hebrew and Hindu calendars have a whole leap month. These strange extra days are the source of a range of bizarre rituals and traditions around the world.

In the UK and other Northern European countries, February 29th is traditionally the one day of the year when a woman can propose to a man. This dates back to the days when it wasn’t a recognised date – instead it was just leapt over. As it didn’t officially exist, the normal traditions and customs didn’t apply and women got a chance to take the lead and get down on one knee. And if her intended said no, he had to buy her a present to make up for it, usually a silk dress. If you were in Denmark, it was 12 pairs of gloves to help hide her lack of engagement ring.

In Southern Europe things are a bit different and a leap year is considered bad luck. Greeks avoid getting married in a leap year, as it’s supposed to mean the marriage will end in divorce. In Italy they call it a ‘doom year’ and people avoid planning any important events. And in Russia they believe that leap years can bring freak weather. Even more dramatically in Taiwan it’s said that parents are more likely to die during a leap year. So if they have a married daughter, she should come home and bring her parents special pig trotter noodles, to keep them healthy.

But if you’re looking for a place that loves a leap year, head to Anthony on the Texas/New Mexico border in the USA. The town has proclaimed itself the ‘Leap Year Capital of the World’. It holds a festival to celebrate February 29th, complete with parades, a carnival, concerts and dancing. Anthony is also home to the Worldwide Leap Year Birthday Club, to celebrate the five million ‘leapers’ (people born on February 29th) around the world; with only one birthday every four years they’ve got a lot of celebrating to catch up on.

Around the worldFestivals
Don’t know where to start? Inspire me...