Common routes to New York from the UK

Looking for cheap flights to New York? The ultimate city break, the Big Apple offers the best in entertainment, shopping and iconic sights. Get a great deal on flights to New York, and be rewarded with surprises around every corner. You can hit the shops on Fifth Avenue, watch a show on Broadway, and explore the city's world-famous landmarks.

How much is it to fly to New York?

If you want cheap flights to New York, this is the best time to book.

These airlines usually offer the cheapest flights to New York.

Fly from the UK direct to New York with these airlines.

Flying indirectly to New York can save you money.

This is the most expensive time to fly to New York. If you want to go during this popular month, try to book in advance or grab a last-minute deal.

Flights to New York are generally cheaper at this time of year. Or, you can try to get a last-minute deal.

How long is the flight to New York?

This is the average flight time from the UK to New York.

Which airports in the UK fly to New York?

How to land a low priced flight to New York

booking advice, visa information and airports and airlines tips
Home to Times Square, the Statue of Liberty, Top of The Rock and the Empire State Building, New York is a centre of art, fashion and all things cultured. It's easy to find cheap flights too. Simply click the buttons above to find the best tickets, and experience the fast-paced lifestyle of the city that never sleeps.

Netflights’ team of travel experts are dedicated to offering you a great selection of flights to New York to create your perfect holiday at the very best price. So if you’re looking for New York flights in 2021 / 2022, you’ve come to the right place.

Flights to New York can vary in price throughout the year, but they're normally cheapest during March and early April. Winter, particularly November, can also be a good time to grab a cheap flight, as long as you avoid the Christmas period. As there is so much going on during December, the flight prices often rise. However, if you’re planning a holiday to New York during low season, there's every chance you could snap up a bargain.

Best time to book your flight to New York

The best time to book cheap New York flights in 2021 / 2022 is between 22 and 25 weeks prior to departure. Prices can obviously vary between both airports in the UK and New York, so we'd recommend being as flexible as possible with your travel dates.

You can take your pick from three airports in New York – JFK Airport, Newark Airport and LaGuardia Airport. They're each located in different parts of New York, with Newark just outside the city in New Jersey, so you can choose which one works best for you. Flight prices, times and airlines vary between the airports, but New York City can be easily reached from all of them. You can fly direct to New York from the UK with several airlines, including British Airways, Virgin Atlantic, American Airlines, Delta, United Airlines, and Norwegian. A large number of airlines also offer indirect flights to New York – it'll take longer but it's worth having a look, as flying indirectly could be cheaper.

John F. Kennedy Airport is the primary International Airport serving New York. JFK Airport is located in Jamaica in the borough of Queens, approximately 12 miles from Lower Manhattan. JFK has six terminals and is a hub for American Airlines and Delta. You can fly from the UK direct to JFK Airport with Virgin Atlantic and a number of other airlines. Book cheap flights to JFK Airport.

Newark Airport is located in New Jersey, about 15 miles away from Midtown Manhattan. Driving to the city takes between 20-45 minutes. United Airlines is the airport’s largest airline, operating across two of the three terminals. British Airways, Delta and American Airlines all fly into Newark Airport. Find cheap flights to Newark Airport today.

LaGuardia Airport is the smallest of the three airports that serve New York City, but it's also the closest to Manhattan – it's in Queens, just eight miles away. There are four terminals and LaGuardia is a major hub for Delta and US Airways. Search for cheap flights to LaGuardia Airport.

How long does it take to fly from the UK to New York?

The average flight time from the UK to New York is between eight to ten hours, but it can be longer depending on your departure airport, and whether you choose to fly direct or have a stopover.

How long is it from London to New York?

As each airport has at least three terminals, there are transport options in place to help you travel around the airports with ease. There's a complimentary shuttle bus service at LaGuardia. Newark has an AirTrain system, which connects passengers within the terminals, car parks and car rental offices, and JFK has something very similar.

Getting to New York City from your chosen airport

Each of the three New York airports offers a number of transport options to reach the city. These include train services, the subway, car rental options and bus services as well as a private car service and taxis. The average price for a taxi from Newark airport to New York City is on average $50-$70. New York tickets on public transport are often a cheaper option with plenty of information available within the airports to get you to your final destination.

If you hold a British passport, you need to make sure you’ve applied for an ESTA. This is an online form that you need to complete before travelling, and grants you entry into the USA. It costs about $15 and is valid for two years. You must apply at least three days before travelling to New York and once your application has been approved you will receive an ‘Authorisation Approved’ message. It’s quick and easy to apply, and you can’t travel without it.

Key facts about New York know before you go

flight deals to New York within the next 30 days 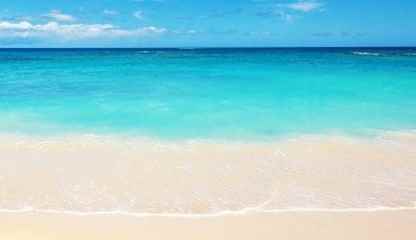