Things to eat in Bangkok you can’t eat anywhere else

Thailand is home to a world famous cuisine. Think green, red or yellow curry, spicy salads, delicious fish, and sticky rice. But while adding a little extra chilli might seem to be on the dangerous side, the capital Bangkok is home to intriguing morsels you just can’t get anywhere else. The question is; are you brave enough to try them? With a dash of bravery on the side, prepare to tuck in to our favourites. 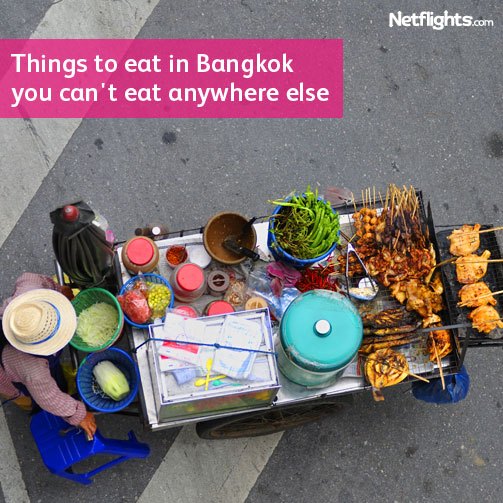 It’s everywhere in Asia. Being given some soup in a plastic bag from a street vendor is the norm, but unfortunately so are a variety of delicacies you’d be more likely to find scuttling in the corner of the jungle than on your plate. 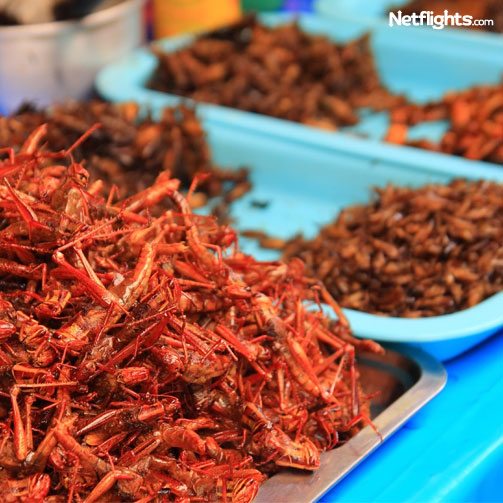 You can find these at a number of the famous street stalls, where they’ll often be deep fried with chilli powder or sautéed – they actually sound quite appetising, but that’s before you look at their long legs and antennae. Crispy and crunchy you’ll feel them pop in your mouth, much like rather odd and natural popcorn. Any chance you’ll be taking them along to the cinema with you after your first taste? Probably not, but it’s something to write home about nonetheless.

If it’s creepy and it crawls, chances are it’s available in some edible form on the street stalls. Crickets, water beetles, silk worms and pretty much anything else you’ll find wandering on the floor are either fried, steamed in curry sauces or served raw with chilli based sauces and salads. Apparently the beetle tastes a little like chicken. Unlikely to be a low cost alternative when you get home! 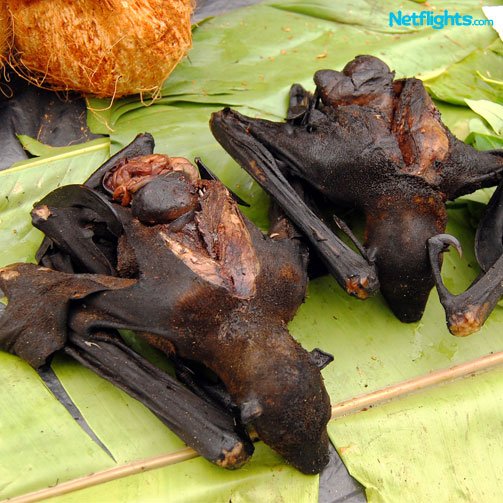 You read that right, whilst in Bangkok you can release your inner Ozzy Osbourne. You can enjoy the winged critter either minced in a Thai dish, or be more adventurous and experience a roasted bat. After roasting on charcoal, bit like a Bangkok BBQ, the meat is mixed with herbs, sugar and spicy paste before being fried.

Eating a bat is one thing. And it’s pretty brave to do so, but a big hairy spider takes things to the next level. This little snack definitely isn’t for the faint hearted. Covered in a sweet plum sauce, the legs (complete with hairs) taste a little like scrawny chicken wings. However food lovers say the best part is the abdomen, with a soft texture that tastes like cold duck; unusual.

Before moving on to something a bit more substantial, a word of caution on street food. Always go where the locals go. If you see a Bangkok resident eating it, go right ahead. If it’s from a dodgy stall on Koh San Road, the locals are probably laughing at what the tourists will eat.

Red ants and their eggs are firm favourites in Bangkok, and that’s exactly what this dish is made of. Also available as a snack, eating it as a dish is surprisingly tasty. Although it may look disgusting, the ants taste like little bursts of lime due to their diet of mango leaves, and the eggs taste like little morsels of rich butter.

This one may not sound like the most appetising we must admit, as the name means ‘dancing shrimp’.  And that’s what you get – if you order this, you’ll literally find a dish of live shrimp wiggling around in a salad. But don’t be deterred as once you eat them, the shrimp burst into a crunchy salty delight. You’ve just got to muster up the bravery to put a living shrimp in your mouth.

This dish takes unusualness and the word disgusting to a whole new level; however it’s also surprisingly tasty. But what is it you ask, well the dish contains a plate full of developing frog tadpoles that are already growing legs, covered in a generous dose of fermented fish sauce. Yummy.

Do you like duck? Well in Bangkok they like to eat the whole thing, including the mouth. Cooked until the beak structure becomes pureed enough to swallow without choking, they include a really tasty and fatty piece of duck skin. These culinary delights are often marinated in soy sauce to give a splendid salty burst of flavour as you eat.

This is only the tip of the iceberg as Bangkok has a whole host of unusual delights to serve up; so are you daring enough?

BangkokFoodThailand
Don’t know where to start? Inspire me...