What could United Airlines’ big bet on aviation’s recovery mean for you?

Last week, United Airlines surprised everyone with its ‘against the run of play’ announcement of a $30 billion (£21.6 billion) order for more than 270 new planes. It was a big statement of confidence in an accelerating recovery for aviation following the lows of the pandemic, and sent a message from one of the world’s biggest airlines (by volume) that it means business.

United’s order is made up of a mix of Boeing and Airbus aircraft, and will see older, smaller and less efficient jets phased out and replaced with newer models like the Boeing 737 Max and Airbus A321 Neo over the next four years. Overall, the order will eventually see United increase its capacity by about 30% per departure, with these larger aircraft able to carry more passengers (particularly on domestic routes) and increase the number of premium seats in first class or with extra legroom – all while, however, reducing overall net carbon emission per passenger through the use of more efficient engines, lighter materials and improved aerodynamic technologies.

Alongside the new aircraft (which join a further 138 it already has on order for delivery by 2022), United announced that it will be retrofitting all remaining narrow body aircraft in its fleet with new interiors, Wi-Fi, more seating, larger overhead bins, and entertainment in every seat – all by 2025.

And if that hasn’t all been enough, it was only last month that United told the world that it had placed an order for 15 of the Boom supersonic ‘Overture’ aircraft – with an option for 35 more – which will be capable of cutting transatlantic flight times in half before the end of this decade. 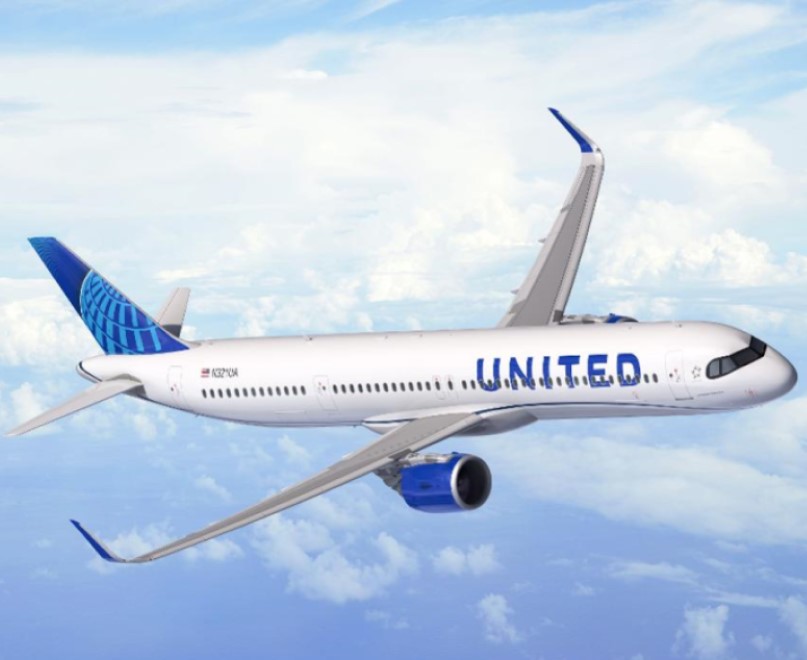 Their announcements were made as United confirmed it expects to return to profitability in July (even though the last quarter will remain in a loss) thanks to a burgeoning domestic flight market in the US, and it made a forecast to resume its full flight schedule from its Newark base earlier than expected in November 2021.

Commenting on what this record-setting order and investment will mean for United customers, CEO Scott Kelly said: “By adding and upgrading this many aircraft so quickly with our new signature interiors, we’ll combine friendly, helpful service with the best experience in the sky, all across our premier global network. Our ‘United Next’ vision will revolutionise the experience of flying United as we accelerate our business to meet a resurgence in air travel.”

And that’s not all for United Airlines – read about their order of 50 Airbus A321XLR.

United Airlines
Don’t know where to start? Inspire me...