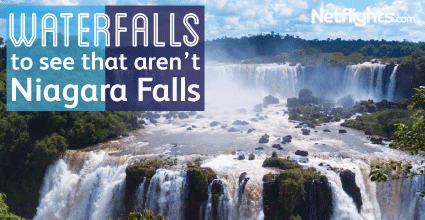 Niagara Falls might be the most famous waterfall in the world, but there are many more that are less crowded, and far more scenic. Add these mighty falls to your travel list. 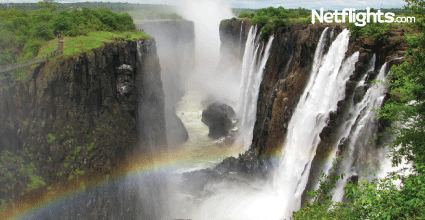 Named by the explorer David Livingstone after Queen Victoria, Victoria Falls is one of the world’s largest waterfalls. On the border of Zambia and Zimbabwe, the falls are also known as Mosi-oa-Tunya or ‘the smoke that thunders’ – and when you see and hear it, you’ll know why. If you want to look like a daredevil to your friends and family back home, when the river levels are low you can head to Devil’s Pool; a naturally sheltered pool that looks like it’s right on the edge of the falls. With the new international Victoria Falls Airport, the waterfall is now even easier to access. 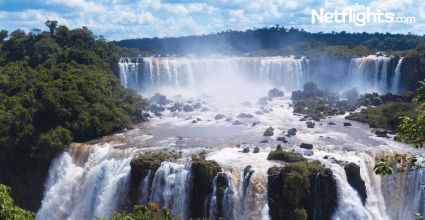 Whilst Iguassu Falls is neither the widest nor tallest falls in the world, it is amongst the most spectacular. Rainbows arch across the mist that rises from the foot of the falls, and lush rainforest surrounds the water. Aside from seeing the falls themselves, the nature trails, particularly on the Argentine side, are well worth exploring; the rainforest is home to a rich variety of flora and fauna. 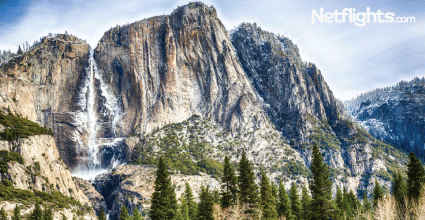 Within California’s Yosemite National Park, these scenic falls are one of the main attractions for visitors. Plunging from the rocky clifftop and cascading over two further drops, it is one of the highest waterfalls in the world, and the tallest in the United States. The best time to see Yosemite Falls is during the spring, when its flow is strongest. 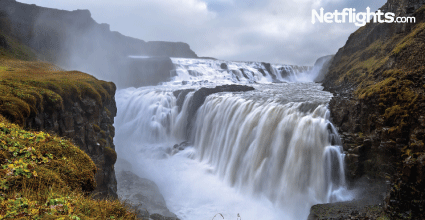 A mainstay of the popular Golden Circle route, Iceland’s Gullfoss (‘golden falls’) is a wide, powerful waterfall that flows down a series of drops, hidden in a crevice in the rock. Visitors usually approach the falls from above, rather than viewing it from below. In winter, the water can freeze mid-flow, but in summer, rainbows are cast across the falls. Another popular waterfall in Iceland is Skógafoss, located along the southwest coastline. 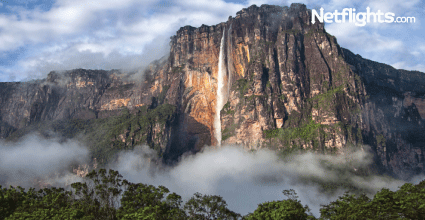 The tallest waterfall in the world at 979 metres (3,212 feet) is Venezuela’s Angel Falls. The falls run off the top of a sheer cliff with no resistance until the water hits the bottom, where there are a series of rapids and smaller falls. Angel Falls’ indigenous Pemon name is Kerepakupai Vená, which means ‘waterfall of the deepest place’. Unlike the other waterfalls listed above, visiting Angel Falls is not the easiest journey, but well worth it for those who make the effort – not least due to lack of crowds. 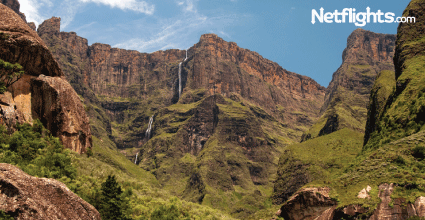 A contender for the status of tallest waterfall in the world, Tugela Falls is currently largely accepted as the second highest at 948 metres (3,110 feet). The case for Tugela, located in South Africa’s Drakensberg Mountains, being the tallest is partly based on the measurements of Angel Falls being potentially inaccurate. Whatever its official standing, Tugela Falls is still an impressive sight when the water flow is at its heaviest after the summer rains.

Adventure holidaysArgentinaIcelandVenezuela
Don’t know where to start? Inspire me...