When you think of New York, you typically think of Manhattan. If New York’s the Big Apple, this 59-square kilometre island is its core.

Following the exciting news that the USA is re-opening its borders to the UK, flights to New York are finally back on the menu. You’ll land in either Queens or New Jersey, but chances are Manhattan is where you’ll be staying. Saturated with big-name attractions, world-class museums and more bars and restaurants than you can shake a stick at, it makes for an incredible city break. But Manhattan can also be a little overwhelming – particularly for first-timers. Luckily, we’ve pulled together some tips to help you figure it out.

New York really is a city made for walking – especially Manhattan, with its easily navigable grid system. However, sometimes walking just isn’t practical. On these occasions, MTA New York City Transit – the collective name for the buses and subway – offers a pretty easy, and inexpensive, way to get around Manhattan. To use the system, simply purchase a MetroCard from any subway station – they cost $1 – and put at least $5.50 on it to begin with. After that, just top up as and when you need to. A single subway or local bus ride costs $2.75, and the express bus costs $6.50. All subway lines and many buses run 24 hours a day.

If you don’t feel like using public transport, you can always hop in one of New York’s famous yellow taxis. To successfully hail a cab, pay attention to the medallion light on top. If the light’s on, it’s available. But if the light’s out, the taxi’s either off duty or already occupied. So, no matter how much you flail your arms around, it won’t stop. Sorry.

You can also get around Manhattan by ferry or by bike. If you want to get from lower Manhattan to Midtown or the Upper East Side, travelling by waterway’s a great option – particularly if the weather’s nice. It’s also a convenient way to connect to the other boroughs. Alternatively, New York’s public bike sharing programme, Citi Bike, costs just $12 for a day pass or $24 for a 3-day pass. With these passes, you can take as many 30-minute rides around Manhattan as your heart desires. 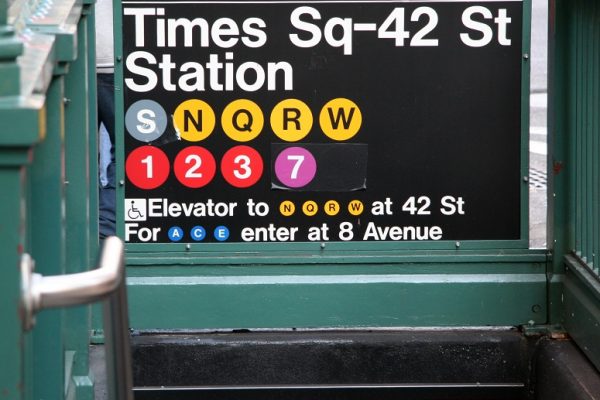 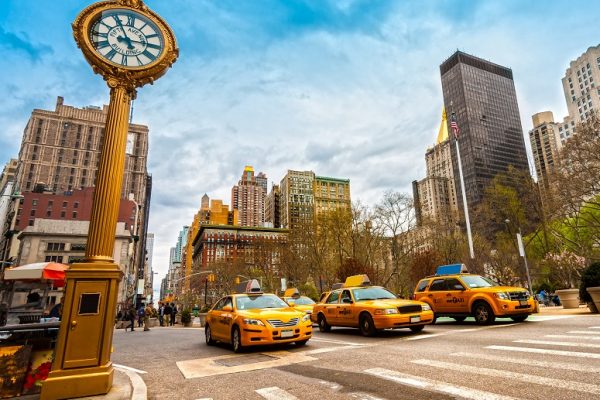 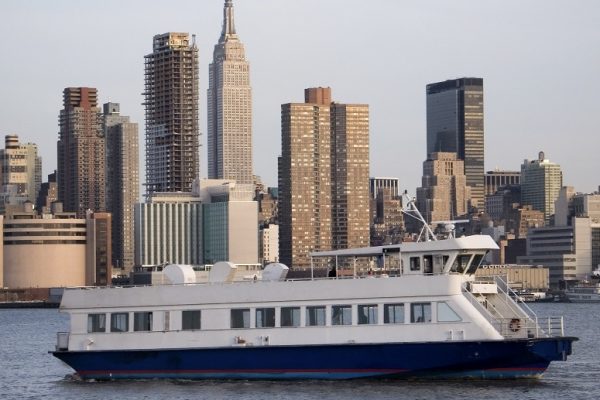 Where to stay in Manhattan

Manhattan is divided into numerous neighbourhoods. Each has its own appeal, but they vary wildly from one another. Midtown is the city’s corporate and commercial centre. Staying here, you’ll be within easy reach of some of New York’s most famous landmarks – like Rockefeller Center, the Chrysler Building and St. Patrick’s Cathedral. The downside is that it’s a particularly hectic area and many restaurants and shops here are largely geared towards tourists.

Plush Upper East Side is one of Manhattan’s most expensive neighbourhoods. Sitting between Central Park and the East River, affluent New Yorkers and blue-blooded socialites tend to favour this area. Stroll along the tree-lined streets and you’ll find high-end shops, upscale eateries and some of New York’s finest cultural institutions. The city’s most wealthy and influential families have long lived in the Upper East Side’s grand townhouses and doormen-manned apartment buildings. Notable past residents include the Astors, the Vanderbilts and the Rockefellers.

Leafy cobblestone streets and beautiful brownstone buildings make the West Village one of Manhattan’s prettiest neighbourhoods. You’ll find an abundance of hip cafes and trendy boutiques here. Greenwich Village – known simply as The Village – lies just east of the West Village and, beyond that, is the East Village. These used to be two of Manhattan’s most bohemian neighbourhoods, home to a large number of struggling artists and writers. Both areas still attract a fairly young, artsy crowd –  although they are now more gentrified than they once were.

Head further south and you’ll discover one of Manhattan’s most exciting neighbourhoods – the Lower East Side. While not necessarily the most attractive part of the city, it’s one of the best for eating, drinking and live music. It also has a great selection of vintage stores, and you can grab authentic, cheap cuisine in neighbouring Little Italy or Chinatown.

If nightlife is what you’re after, the once-gritty Meatpacking District is home to some of the swankiest bars and clubs in the city. With more than 300 galleries, nearby Chelsea is the heart of New York’s contemporary art scene. It’s also one of the city’s premier gay hotspots.

Finally, Soho and Tribeca are two of the best areas in Manhattan for shopping. While you’ll definitely find plenty of upmarket shops, there are also many affordable options – including exciting pop-ups – as well as a sea of street vendors touting designer knockoffs. 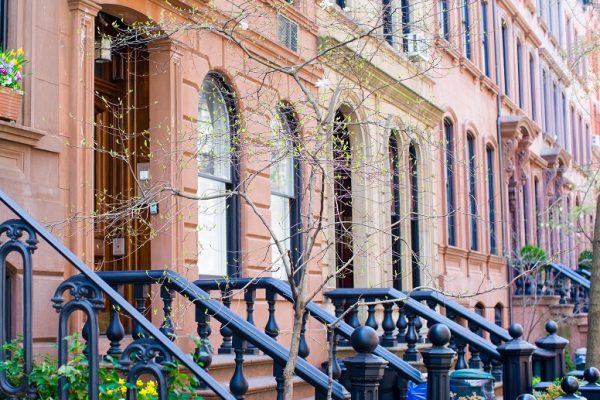 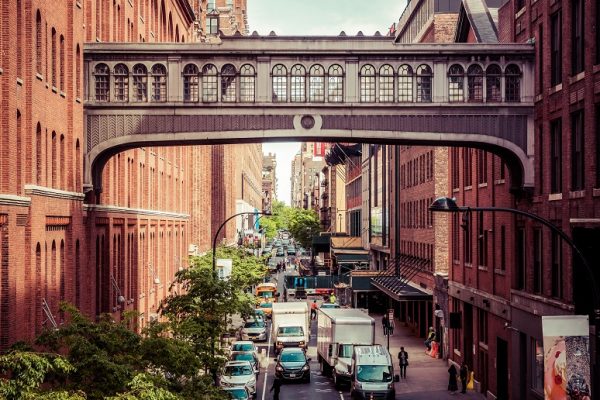 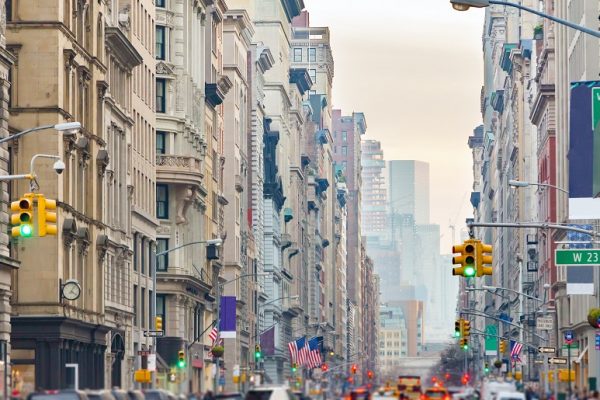 Things to see and do in Manhattan

Manhattan is chock full of famous landmarks and celebrated attractions. If you’re a first-timer, take in sweeping views of the city from Top of the Rock at Rockefeller Center or the Empire State Building’s observation deck. And also check out the bright lights of Times Square – the most-visited spot in NYC. Everyone should aim to walk over Brooklyn Bridge at least once. Stretching 1,595 feet across the East River, it’s one of the most recognisable parts of the New York skyline. When it opened in 1883, it was the longest suspension bridge in the world. Today it continues to be featured in countless movies and TV shows.

Culture vultures are spoiled for choice on Museum Mile – a stretch of Fifth Avenue lined with museums like The Metropolitan Museum of Art and the Guggenheim. History buffs can take a ferry to Ellis Island, where customs officers processed approximately 12 million immigrants between 1892 and 1954. Ferries leave from Battery Park, on the southern tip of Manhattan, and also stop at Liberty Island. If you want to go inside the Statue of Liberty you’ll need to reserve your ticket in advance. While you’re downtown, find time to visit the 9/11 Memorial and Museum as well. For more ideas, check out our complete guide to New York’s museums.

To escape the hustle and bustle of the city, make a beeline for one of Manhattan’s many parks. Central Park is the most well-known – and also the largest – but Washington Square Park, Tompkins Square Park and Bryant Park are also worth a visit. The High Line is New York’s most innovative green space. The disused elevated rail line on Manhattan’s west side has been one of the city’s most popular attractions since it was turned into a public park in 2009. Running from Hudson Yards to the northern edge of Chelsea, it houses wildflowers, water fountains and contemporary art installations.

Once you get to Chelsea, head over to Chelsea Market. Housed in the former National Biscuit Company factory building, Chelsea Market is an epic food hall come shopping mecca where you’ll find wholesale purveyors, sit-down restaurants, bars, clothing sample sales and countless stalls selling new and vintage jewellery. Oh, and a bookshop too.

Finally, no trip to Manhattan would be complete without seeing a Broadway show. New York’s famous thoroughfare is home to no less than 41 professional theatres. Choose from long-running shows like The Lion King and The Phantom of the Opera, new smash hits such as Hamilton (if you can get tickets!), or celebrity plays. Tom Hiddleston is currently starring in Betrayal, or you can catch Jake Gyllenhaal in Sea Wall / A Life until the end of September. 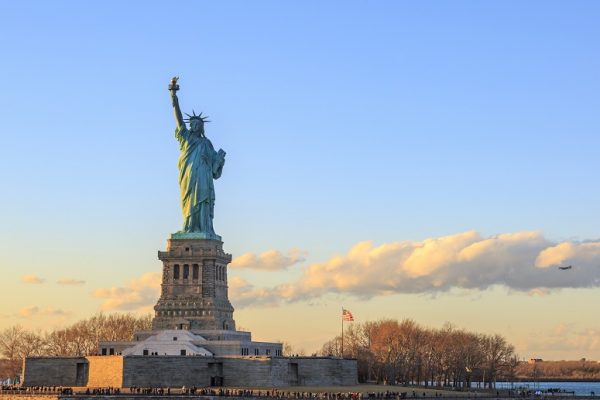 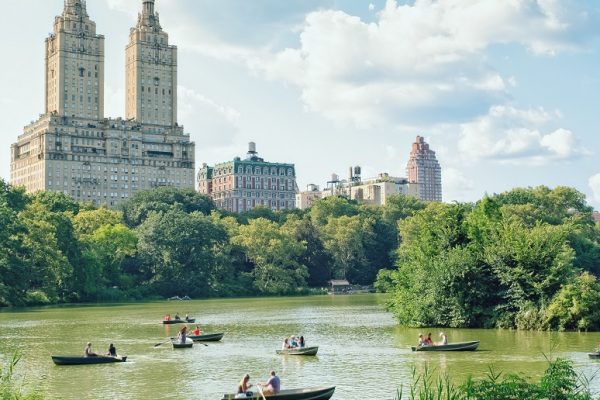 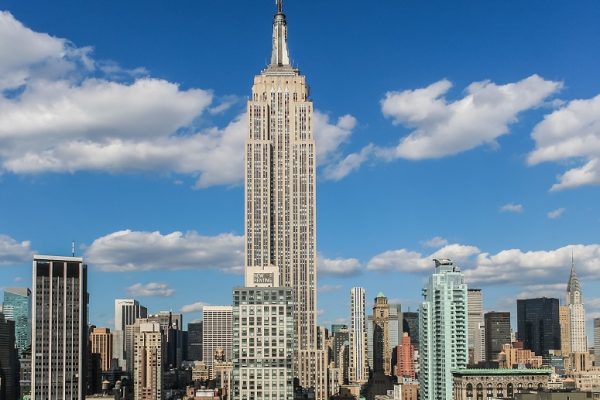 New York is one of the world’s best foodie cities, and Manhattan alone has approximately 24,000 restaurants. Blimey! While you’ll never have a problem finding somewhere to eat, it can be a little overwhelming deciding where to go. If you’re looking for somewhere to mark a special occasion, Eleven Madison Park, Per Se and Daniel all regularly feature on ‘best of’ lists. Or you can enjoy a classic New York steak dinner at Keens Steakhouse or Smith & Wollensky.

If you’re after somewhere slightly more low-key, head to Katz’s Delicatessen for a legendary pastrami or corned beef sandwich. Crif Dogs in the East Village and Scarr’s Pizza in the Lower East Side are also great budget-friendly options. If you have a sweet tooth, you have to pay a visit to Magnolia Bakery and Momofuku Milk Bar. Both have various locations across Manhattan.

Want a great deal on flights from London to New York? No problem – we’ve got it sorted. And if you need help deciding whether it’s best to fly to Newark or JFK, just check out our handy New York airport guide.

City breaksNew YorkUSA
Don’t know where to start? Inspire me...