Japan is famous for its ancient culture, fantastic food and iconic cherry blossoms – but this beautiful country is also notoriously expensive. So it’s best to bag some cheap flights to Tokyo and save as much cash as you can, allowing you to splurge on more exciting experiences while you’re away. When you’re looking for a deal, you might notice that two Tokyo airports serve the area – but which is best? Read the Netflights guide to Haneda Airport and Narita Airport, to help you decide which Tokyo airport is right for you.

Officially named Tokyo International Airport, Handea Airport (HND) is the busiest in Japan, with 86 million passengers passing through its doors in 2019. The airport has four runways and three terminals, with international flights using either Terminal 2 or Terminal 3. But if you have a layover at Haneda and need to change terminals, there are complimentary shuttles between them – so getting around couldn’t be easier.

The vast majority of flights here are domestic, but you can book direct flights from the UK to Haneda Airport with British Airways and Japan Airlines. A number of European airlines offer indirect flights, too, so you can compare ticket prices with Air France, ANA, Lufthansa and more.

You’ll find a variety of dining experiences at HND Airport. Terminal 2 boasts nearly 60 bars and restaurants, offering everything from sushi and cocktails, to coffee and ice-cream. Or, if you want to relax in style before your flight, why not book a spot in one of the terminal’s four airport lounges? Terminal 2 also has several duty free shops on hand for a pre-flight browse.

But shopaholics may prefer Terminal 3. Here, you’ll find a number of big-name stores, including Chanel, Gucci, Rolex and Tiffany & Co. Once you’ve worn out your credit card, you’ll have no trouble finding a bite to eat – there are around 40 bars and restaurants in the terminal, plus three airport lounges.

Haneda Airport is in a really convenient spot. You can easily get into Japan’s capital city, as the airport is just eight miles south of Tokyo Station, and is directly connected to the Keikyu Line and Tokyo Monorail Line. A train to Tokyo Station takes around 30 minutes and costs roughly £4. Or you could jump in a taxi – the journey takes a similar amount of time but will set you back between £35 and £45, depending on the time of day.

If you’ve booked a red-eye flight home, you might want to stay close to Haneda Airport the night before. There are two hotels within the airport itself – Royal Park Hotel Haneda is directly connected to Terminal 3, while Haneda Excel Hotel Tokyo is attached to Terminal 2. Or you could stay in a budget-friendly hotel nearby, as many offer a free airport shuttle service. 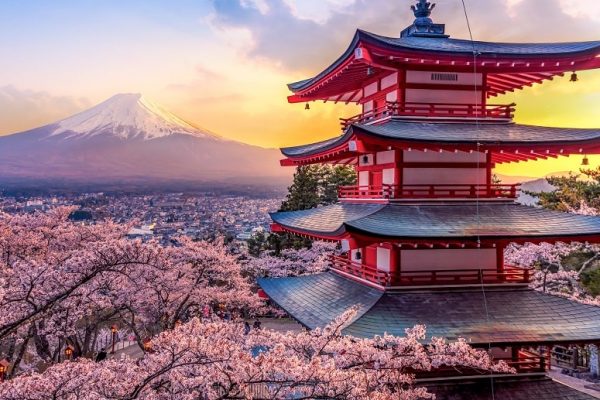 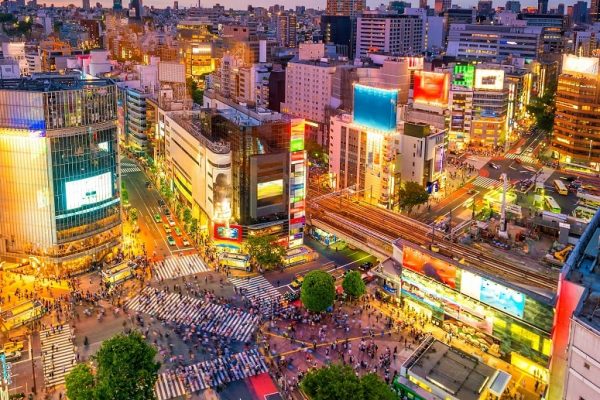 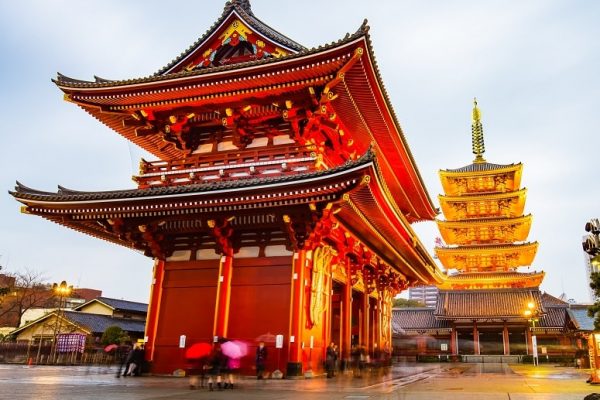 When you’re searching for cheap flights to Tokyo, Narita International Airport (NRT) is another option. Although it’s smaller than Haneda – with about 44 million passengers in 2019 – Narita actually has more international flights, so you might find a greater choice of dates and airfares. You can compare flights from several airlines, including Air France, Cathay Pacific and Emirates.

Narita Airport is made up of two runways and three terminals, but Terminal 3 is exclusively for budget airlines. If you’re flying from the UK, you can expect to pass through either Terminal 1 or Terminal 2.

Whichever terminal you fly from, your taste buds are in for a treat. Terminals 1 and 2 have about 40 eateries each. You can take your pick from Japanese, Chinese, Italian and Thai restaurants, as well as popular chains like McDonald’s, Starbucks and Subway. There’s also a Japanese craft beer place, for one final holiday drink.

If you fancy some retail therapy, Terminal 1 has all sorts of shops ranging from LEGO®Store to North Face to UNIQLO. Meanwhile, Terminal 2 – which is slightly smaller – has a collection of stores offering clothes, cosmetics, souvenirs and duty free goods.

Narita Airport lies roughly 37 miles northeast of central Tokyo – so it’s quite a bit further out than Haneda Airport. However, getting into the city is very straightforward, as there are several transport options available from Terminal 2 Station.

You could pay £20 to take the Narita Express direct to Tokyo Station, which takes around 50 minutes. Or, if you’d like a cheaper option, a one-way ticket on the Keisei Skyliner Express to Nippori Station costs about £16 and takes 35 minutes – but, depending on where you’re staying, you may need to catch a second train from Nippori. Alternatively, the Airport Bus costs just £8 but takes at least an hour to reach Tokyo Station.

Taxis are also available but, due to the distance, you can expect to pay at least £100.

As we mentioned, Narita Airport is nearly 40 miles away from central Tokyo. So if you’re arriving late or departing early, you might want to consider spending a night near the airport. Lots of places close by – like Hilton Tokyo Narita Airport and Narita Tobu Hotel Airport – offer a complimentary shuttle bus. Or, for an authentic Japanese experience, why not book a pod room inside the airport itself? Capsule-style hotel Nine Hours Narita Airport offers snug rooms with shared bathrooms, and has direct access to Terminal 2.

Get a great deal on your Tokyo flights with Netflights today.

Want to break up the journey? Find out which cities offer the best stopovers.

AirportsJapanTokyo
Don’t know where to start? Inspire me...