Cheap flights from London to Beijing

These airlines usually offer the cheapest flights from London to Beijing.

These airlines fly from London to Beijing, but you’ll have at least one layover.

This is the shortest flight time from London to Beijing.

Alternative flights from the UK to Beijing

You might find cheaper flights nearby
Beijing Capital Int. Airport from London
from £731 pp
Find flights

Today alone, Netflights has searched over 2,214 flights. 01 / Jun / 2023 is currently the lowest priced day of the year to fly the London/Beijing route. There are around 928 flights on any given week from the UK to Beijing and the cheapest month to fly right now is June.

How to get cheap flights from London to Beijing

If you’re looking for cheap flights from London to Beijing, it’s best to start by comparing prices by month. There are roughly 928 flights operating this route every week, so it’s worth shopping around. Flights from London to Beijing are most expensive during August and September when temperatures reach 30°C, while the cheapest flights can usually be found in the winter months of February and March.

Once you’ve narrowed down when you want to travel, it’s a good idea to look at all your airport options. You’ll have to fly into Beijing Capital Airport (PEK) but you have several airports to choose from in London. You can fly to Beijing from London Heathrow (LHR), Gatwick (LGW), Stansted (STN) or London City (LCY). Heathrow is the most popular departure airport because it’s the only one offering direct flights to Beijing – you can fly direct with Air China, British Airways or Virgin Atlantic.

That said, for a wider choice of airlines, you should also look at indirect flights. Your journey will be slightly longer, but you might find a cheaper deal. If you fly to Beijing with the likes of Air France, KLM or Lufthansa, you can expect to have a quick layover in a European city. Or, your layover could be further afield – Emirates fly via Dubai, Etihad stop in Abu Dhabi, and Thai Airways go via Bangkok.

FAQs about flights from London to Beijing

Which London airport offers the cheapest flights to Beijing?
Flights from London Stansted are usually the cheapest, but your flight will involve a stopover.

How long is the flight from London to Beijing?
A direct flight takes around 9 hours and 40 minutes, but an indirect flight will take at least 12 hours due to the layover.

How do I get into Beijing from Beijing Capital Airport?
The first thing to know is that Beijing Capital has three terminals. Terminals 1 and 2 are linked by a walkway, but shuttle buses also run between all three terminals. The easiest way to get into Beijing is to take the Airport Express train, which runs from Terminals 2 and 3. The journey into the city takes no more than 20 minutes, and a one-way ticket will only cost around £3. The trains run every 15 minutes, but there’s no service between 11pm and 6am – so you’ll need to take a taxi if you’re landing during this time.

What are the top things to do in Beijing?
Beijing has plenty to keep you busy. With no fewer than six UNESCO World Heritage Sites, this city is a haven for history-lovers. The Forbidden City is a must-see. As the former Chinese imperial palace, this complex is made up of nearly 1000 buildings – and each one showcases the country’s traditional architecture. The Summer Palace is also worth a visit. The maze of gardens, temples and bridges provides a peaceful escape from the hustle and bustle of the city.

Do I need a visa to travel to Beijing?
British nationals need a visa to visit China. We’d suggest contacting the Chinese Embassy, or the China Visa Application Service Centre, so they can guide you through the process. Just make sure you don’t leave it until the last minute, as the process can take a few weeks. You also need to make sure you have a return flight ticket booked – or an onward ticket to another destination – so you can prove that you’re planning to leave China.

Other popular destinations near Beijing

Where other people are flying to
Thailand
cheap flights to Bangkok

Need some inspiration for Beijing? 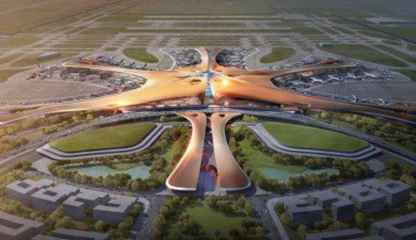 Beijing: the home of crazy food