Come fly to Canada with Netflights

Book flights to Canada in 2022 / 2023 and discover a country unparalleled in natural beauty – from the Rockies to its glaciers, secluded lakes and forests – you could well be in for a trip of a lifetime. Its cities are clean, safe, friendly and multicultural, so it's no surprise Canada is often voted one of the world's most liveable countries. Compare direct flights to Canada with Netflights and get ready for a remarkable adventure.

Key facts about Canada be in the know

Most popular airports to fly into in Canada

How much is it to fly to Canada?

Which airports fly to Canada?

You can fly to Canada from any of these UK airports.

It's best to book this far in advance if you want cheap flights to Canada.

These airlines usually offer the cheapest flights to Canada.

What airlines fly direct to Canada?

These airlines fly straight to Canada without stopping.

You can fly to Canada with these airlines, but you'll have at least one layover.

Flights to Canada are generally cheaper at this time of year. Or you could get a deal by booking your flight last minute.

This is the most popular time of year to visit Canada, so flights are more expensive.

How long should I stay in Canada?

On average, people spend this amount of time in Canada.

How long is the flight to Canada?

The shortest flight is from London Heathrow (LHR) to Halifax (YHZ) with Air Canada, but other routes may take longer.

What you need to know before flying to Canada

in a nutshell
At Netflights we're experts in comparing great deals on plane tickets to Canada to get you where you want to go. With thousands of last-minute and advance airfares covering hundreds of routes, we offer not just flights but also over 40,000 hotels and car-hire zones with more than 8,500 pick-up and drop-off points.

Book flights to Canada and discover a country unparalleled in natural beauty – from the Rockies to its glaciers, secluded lakes and forests – you could well be in for a trip of a lifetime. Its cities are clean, safe, friendly and multicultural, so it's no surprise Canada is often voted one of the world's most liveable countries. Compare direct flights to Canada with Netflights and get ready for a remarkable adventure.

The best time to book cheap flights to Canada depends on a few factors. Timing is everything. Book a ticket between Tuesday and Thursday to return at a similar time a week or a fortnight later to make savings of as much as around a thousand pounds. If you can travel midweek from Tuesday to Thursday at off-peak times and are open to buying indirect tickets as singles, you can find some real bargain deals. Book in August for just before Christmas and stay until early January 2022 / 2023, and you could get a return ticket for as little as approximately £400 direct from London to Toronto.

Cheap flights to Canada are offered throughout the year. Summer months are the most popular, with sunny days and pleasant temperatures, but Canada’s natural wonders don’t end with the coming of autumn. The salmon run in September, which brings out the bears, is a delight for any nature lover. Enjoy the extraordinary leaf colour, which lasts well into October. Winter brings with it winter sports with epic backdrops, as well as the spectacular appearance of the aurora borealis.

The main UK airports serving flights to Toronto, Canada, are Edinburgh, London, Birmingham and Manchester. Toronto Pearson International Airport, Canada's largest international airport, is situated 18 miles from Toronto city centre. Served directly in the UK by Edinburgh, London Gatwick, Birmingham and Manchester airports, passengers on flights to Toronto will encounter excellent public transport links by the Union Pearson Express train direct from Toronto Pearson to Toronto city, which takes around 25 minutes. Trains leave every 15 minutes and usually run from 5:30am to 1am. You can also get the local bus on the Brampton Transit, or use taxi or car rental services.

For flights to Vancouver, taxis, car hire, limousines and car-driving services all await you at YVR (Vancouver International Airport), but why bother when the SkyTrain's Canada Line provides a rapid rail service linking to Vancouver city centre? The trip from YVR to downtown Vancouver takes approximately 26 minutes on a two-zone fare of about $3.75, plus the $5.00 Canada Line YVR AddFare (prices can vary). Check the Translink website for information and fares.

Passengers on flights to Calgary can use Calgary Transit for public bus transportation to and from Calgary International Airport (YYC). Route 300, Route 100 and Route 430 connect to the airport terminal. Additionally, the Allied Airport Shuttle Service provides affordable transportation between the airport and city. The shuttle departs every 30 minutes from Bus Bay 19 and 29. To purchase tickets, please visit either of the Allied Airport Shuttle counters located on the arrivals level by Door 5 and Door 12.

Passengers touching down on flights to Montreal will have a variety of options as far as travel from the airport is concerned. The 747 Bus Express runs 24 hours a day, 7 days a week and for roughly $10 you can travel unlimited on the network for 24 hours. Canada’s national passenger rail service, the VIA rail network connects from Montreal airport, offering intercity connections along the Ottawa–Montréal, Toronto–Kingston–Montréal and Québec City–Montréal lines. There are also the regional bus services: Orléans Express, Greyhound, Aeroshuttle, 747 P-E-Trudeau Airport/Downtown, etc. For hotel shuttle services, the leading vehicle rental companies have offices at Montréal-Trudeau, located on the ground level of the multi-level parking.

Though visas aren’t normally required for British Citizens visiting Canada for short periods, an eTA (Electronic Travel Authorisation) document is mandatory. For longer periods, or if you possess a different nationality, it is important to check with the Canadian High Commission for specific entry requirements. 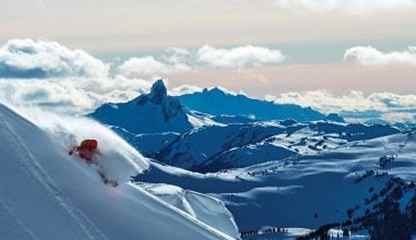