Come fly to Hungary with Netflights

With a capital that’s considered one of the most beautiful cities in the world, a countryside strewn with scenes of pastoral idyll and a rich heritage of fabulous food and unique music, Hungary is Central Europe at its most enticing. With Netflights, you can secure yourself budget flights to Hungary, so start planning your next travel adventure.

Key facts about Hungary be in the know

Most popular airports to fly into in Hungary

How much is it to fly to Hungary?

Which airports fly to Hungary?

You can fly to Hungary from any of these UK airports.

It's best to book this far in advance if you want cheap flights to Hungary.

These airlines usually offer the cheapest flights to Hungary.

What airlines fly direct to Hungary?

These airlines fly straight to Hungary without stopping.

You can fly to Hungary with these airlines, but you'll have at least one layover.

Flights to Hungary are generally cheaper at this time of year. Or you could get a deal by booking your flight last minute.

This is the most popular time of year to visit Hungary, so flights are more expensive.

How long should I stay in Hungary?

On average, people spend this amount of time in Hungary.

How long is the flight to Hungary?

The shortest flight is from London Heathrow (LHR) to Budapest (BUD) with British Airways, but other routes may take longer.

What you need to know before flying to Hungary

Grandeur on the Danube

Hungary’s vibrant capital contains a collection of imposing and romantic edifices rising from the Buda hills and hugging the meandering waters of the Danube. The immense river divides this imperial city into ancient Buda and upbeat Pest. Together, they are one of the most exciting cities in Europe. Travellers can revel in the artistic treasures of the city’s galleries and museums and wander streets that reverberate with history. Relax like the locals at a steaming bathhouse before heading out to sample the national cuisine, which is often both hearty and famously sophisticated.

Visitors who can tear themselves away from the capital can enjoy Hungary’s other cities: Pécs (a hotspot of cultural heritage), Eger (surrounded by the Alps and famous for its Bull’s Blood wine) and Austrian-infused Sopron (Austrian-influenced with medieval cobbled-streets). Venture to smaller villages to experience the strong folk culture of this nation. Don’t miss the wooden churches of the Bereg region or idyllic Hollókő, which, in addition to depicting rural life before the Industrial Revolution, has repeatedly been voted prettiest village in Hungary.

Hungary’s gentle green landscape is ideal for active holidays. Lake Balaton is a favourite playground-in-nature and the sweeping grassland of the Great Plain – the largest in the world – is home to national parks with well-maintained hiking trails. Visit the wine-growing region of Badacsony to see its vineyards and sample wines from small independent wineries. Does that sound appealing? Find cheap flights to Hungary today.

European tourists begin to arrive in June, although July and August are the peak months for tourism. The weather is warm and dry, and festivals pop up all around the country. Prices tend to be highest during these summer months, resorts will be busy and city attraction will have long queues. If you want to travel at this time, book your flights between one and two months in advance.

Shoulder season is also a great time to explore Hungary. From April to June, spring flowers cover the landscape, though keep in mind that May and June can be rainy. September marks the start of the grape harvest, making it a great time to visit for wine-tourism. Along with September, October is a beautiful time to walk through the Buda hills.

November can be wet, and temperatures start to plummet. Prices are at their lowest, but many attractions are closed. The festive period in Hungary can be a winter wonderland, particularly with charming, traditional markets and its towns lit up with lights. The Budapest Advent and Christmas Market is a particularly attractive option for those looking for a ‘proper’ Christmas; think mega Christmas trees, wooden huts, open fires and huge pots of steaming goulash.

By leaving your departure dates blank or use the month-by-month view option on Netflights, you can to see the full range of flights for your travel period. Save money by being flexible and pick the best routes and deals to suit you and your budget. 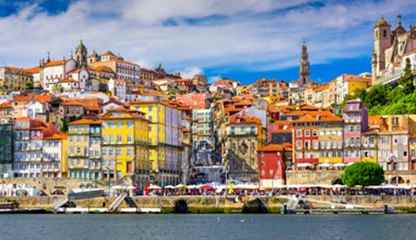