Popular routes to Berlin from the UK

Search for low prices on return flights, or find last-minute flights to Berlin, a combination of cutting-edge technology and architecture blended with timeless tradition, beautiful landscapes and fairy-tale palaces. This vibrant yet laid back city, steeped in history and culture, has a plethora of museums, art galleries and orchestras. Berlin is also renowned for its gastronomy, all-night parties and trendy night clubs. Book your cheap flights to Berlin with Netflights now.

How much is it to fly to Berlin?

So if you see a flight for even less, get booking – you've found a bargain.

When is the best time to book cheap flights to Berlin?

If you want cheap flights to Berlin, this is the best time to book.

These airlines usually offer the cheapest flights to Berlin.

What airlines fly direct to Berlin?

Fly from the UK direct to Berlin with these airlines.

Flying indirectly to Berlin can save you money. These airlines offer flights with at least one stopover.

This is the most expensive time to fly to Berlin. If you want to go during this popular month, try to book in advance or grab a last-minute deal.

When is the cheapest time to fly to Berlin?

Flights to Berlin are generally cheaper at this time of year. Or, you can try to get a last-minute deal.

Which airports in the UK fly to Berlin?

How long should I stay in Berlin?

Most people spend this amount of time in Berlin.

How long is the flight to Berlin?

This is the average flight time from the UK to Berlin.

How to land a low priced flight to Berlin

All day, every day

Berlin is Europe’s equivalent of the ‘City that Never Sleeps’. Why not search for cheap flights to Berlin with Netflights and be entertained almost every hour of the day, every day of the year? The Museum of Natural History is a must-see, with cool exhibitions like Tristan, the only original T-Rex skeleton in Europe. Museum Island has five separate museums on one island, the highlights being the bust of Nefertiti, the Pergammon Altar and Ishtar Gate. No tour of Berlin would be complete without a visit to the TV Tower with its panoramic views of the city, the Famous Brandenburg Gate or the iconic Reichstag parliament building.

Shop ‘till you drop

Berlin also caters for your shopping addiction; shop-lined streets (check out Kurfürstendamm, Berlin’s answer to the Champs-Elysées), shopping centres and malls as well as more traditional markets. And when the sun goes down, Berlin bursts into life. There are many classic and modern restaurants to choose from with tastes that suit every palate. Afterwards, wash down your food with a delicious cocktail or craft beer in one of Berlin’s myriad of bars, and then head out and party until the sun comes up.

Peak Season is in the summer months, particularly July and August. The festival months, as well as Christmas time can also be popular. Flight and Hotel prices are more expensive over these times and the attractions and shops can be bustling. Use Netflights to find the best deal for your Berlin flights and more.

July and August tend to have the best weather, with warm days (up to 23 degrees Celsius) and nights but you can often get some rainy days. May, June, September and October offer plenty of festivals and a more authentic experience with cooler but more predictable weather. Winters are quiet and cold, with sub-zero temperatures.
Berlin is a year-round destination, but the highlights are the Berlin Fashion Week in January, the Berlin Film Festival in February and various shows and exhibitions throughout the year. Don’t forget the Christmas markets; some of the best in Europe can be found in Berlin. Use Netflights to compare prices and find the best deals.

Netflights offers the benefit of comparing cheap flights to Berlin Tegel International Airport (TXL) from multiple destinations and with multiple international airlines. Like most destinations, it is cheaper to book in advance to secure the best price, but there are sometimes cheap last-minute flights to be found.

Netflights offers daily direct flights to Tegel Airport from London Gatwick and Heathrow. Tegel (TXO) is situated within the city limits, eight kilometres north-west of Zoologischer Garten and thirteen kilometres north-west of Alexanderplatz. It is an important transfer hub for Air Berlin as well as a focus city for Lufthansa and Eurowings. Use the Netflights Comparison tool to find the best deals on direct flights and hotels. View more flights to Tegel Airport.

Getting around Tegel Airport

Getting to the city from Tegel Airport

Tegel International Airport is served directly by bus and taxi only. Buy bus tickets from official transport staff, from vending machines at the bus stop or directly from the bus driver (change is given). Bus tickets are reasonably affordable. Alternatively, you can use Netflights to search for good deals on car hire.

Key facts about Berlin know before you go

flight deals to Berlin within the next 30 days 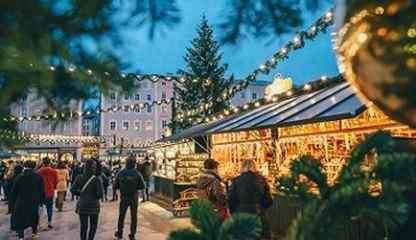