Find out all you need to know about travelling during Covid-19 here.
British Travel Awards Winners
'Best Flight Booking Website'
Be Protected
Financially with our ATOL licence
UK Based
Our travel experts are here to help
Platinum Trusted Service Award
For consistently delivering excellence

Come fly to France with Netflights

Whether you’re dreaming of wandering the streets of the City of Love, sampling Bouillabaisse in the Phocean City or roaming the fertile lands of the Garden of France, Netflights can help you find the best deals on flights to France. This is a country as diverse as its people. No matter the time of year, there is something worth visiting.

Key facts about France be in the know

Most popular airports to fly into in France

Points of entry in France

How much is it to fly to France?

Which airports fly to France?

You can fly to France from any of these UK airports.

It's best to book this far in advance if you want cheap flights to France.

These airlines usually offer the cheapest flights to France.

What airlines fly direct to France?

These airlines fly straight to France without stopping.

You can fly to France with these airlines, but you'll have at least one layover.

Flights to France are generally cheaper at this time of year. Or you could get a deal by booking your flight last minute.

This is the most popular time of year to visit France, so flights are more expensive.

How long should I stay in France?

On average, people spend this amount of time in France.

How long is the flight to France?

The shortest flight is from London Heathrow (LHR) to Paris Charles De Gaulle Airport (CDG) with British Airways, but other routes may take longer.

What you need to know before flying to France

France is your oyster

France’s diversity has to be seen to be believed. Starting in the north, the atmospheric, windswept area known for its delightful cider gives way to Paris and the Île-de-France, which in turn gives way to the verdant valleys of the Loire and Dordogne. The Mediterranean south boasts warm, terracotta rooves and the sparkling blue waters of the Côte d’Azur. To the east, the Alps burst forth with their snow-capped peaks, while the Pyrenees lie to the southwest, creating a mountainous, natural border between France and Spain.

Paris is often synonymous with France for good reason. It is a cultural hotspot. Take in the cityscape from Sacré Coeur at sunset or have a peaceful moment of self-reflection during an early morning visit to Claude Monet’s Water Lilies. But venture further afield, and you’ll find the Festival of Lights waiting for you in Lyon in December as well as the famed Fragonard perfumery in Grasse.

If the winter ski season isn’t your cup of tea, wait until warmer weather melts the snow from Alpine peaks and lace up your hiking boots to set off into a stunning, mountain world. Visit breath-taking waterfalls, Alpine lakes – maybe for a spot of swimming? – and keep your camera at the ready to capture those incredible views.

Best time to go to France

France has something to offer everyone all year round, making it the perfect destination for when wanderlust strikes. High season hits in July and August for most of the big cities, although it should be noted that a lot of Paris closes during August when most Parisian business owners take a well-earned holiday. That said, Christmas, Easter and New Year’s are also high tourist season as is December through March, which marks the peak skiing season in the Alps. Expect increased airfares around these times.

Netflights has great deals for cheap flights to France. Take a look at our flights to Europe page to find the best deals by entering your proposed travel details and comparing the airfares for your selected route. Search by month and in advance to find some of the best prices. Nevertheless, you could get lucky, and find an incredible last-minute deal on France flights today.

France is one of the easiest countries to travel to from the United Kingdom (UK). Direct routes to Paris are offered by almost all major UK airports and are operated by a number of different airlines. Carriers like Air France, British Airways, KLM, easyJet and Ryan Air are the most common choices.

You are likely to find the most direct flights to further afield French destinations, like Bordeaux, Toulouse, Lyon and Nice, leaving from London. If you want to travel from another airport, keep in mind that it may require a transfer in London, Paris or Amsterdam. 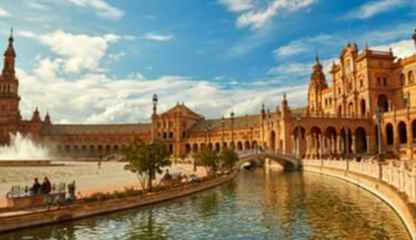 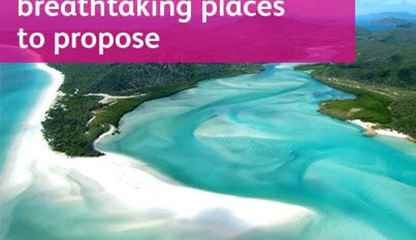 9 most romantic places to propose