Find cheap return flights to Florida where the weather is warm year round both on the beaches of the Gulf Coast and in Orlando - 'The Theme Park Capital of the World'. Shop and party in Miami and West Palm by night and hike through wetland forests by day. Save some time to see a different side of Florida altogether in a mature and ripened arts scene.

Other cities in Florida

How much is it to fly to Florida?

If you want cheap flights to Florida, it's best to start looking this far in advance.

These airlines normally offer the cheapest flights to Florida.

What airlines fly direct to Florida?

These airlines fly straight from the UK to Florida without stopping.

Can I fly indirectly to Florida?

You can fly to Florida with these airlines, but you'll have at least one stop on the way.

Florida is very popular at this time of year, so flights and accommodation are more expensive.

Flights to Florida are usually cheaper at this time of year. Look out for bargains.

How long is the flight to Florida?

The shortest UK flight is from Manchester (MAN) to Orlando International Airport (MCO) with KLM, but other routes may take longer.

Which airports fly to Florida?

You can fly to Florida from any of these UK airports.

How long should I stay in Florida?

Most visitors spend this amount of time in Florida.

Key facts about Florida know before you go


Magic Kingdoms and their Disney citizens, a Miracle Mile of retailing operations and parties that migrate between beach and club with the rising and setting of the sun. A short distance from major cities and you can be in wild, tropical wetlands like Everglades National Park, where alligators lurk in tall grasses and dolphins play in the passageways of mangrove swamps.

There’s a riveting local arts scene particularly in southern Florida, inspired by Miami’s American Riviera and spearheaded by Art Basel Miami Beach. There are open air galleries and more museums than seem sensible, all tempered by the Caribbean cultures off the south coast.

Rent a car and drive south to explore the coral reefs along the golden coast. Stop off for late lunches and sundowners in the bars and restaurants strung along the Seven Mile Bridge. Call in at the Kennedy Space Center and learn the captivating history of The Space Race or choose from the vast selection of golf courses.

Northern and southern Florida has a humid subtropical climate whilst the more southerly regions (Everglades and the archipelago) have a true tropical clime. The summer rainy season runs from May to October, downpours are plentiful but brief and it is sunny for most of the day and evenings. The hurricane season runs from June until November, peaking August /October time.

Cheap flights are more often found in the shoulder seasons in between the extremes of summer and winter. Consider travelling during the rainy season (although it’s not advisable during hurricane season) if you’re on a budget. It’s sunny for most of the day humidity climaxing in the late afternoon before clearing up again by evening time.

The winter (October – April) is when most people arrive to escape colder weather of the northern hemisphere and when Florida’s humidity is relatively low. Hotels ramp their prices up during peak season, especially over the Christmas period and (if you’re doing the theme parks) during school holidays in the Orlando region.

Netflights scans 164,002 worldwide so that you can compare the rates available for your selected route. Scroll through the popular destinations above to help you get an idea for the American flights available.

Remember that when you fly can influence the price as much as where you fly to. For Florida, you have a choice of 25 airports to fly into. Use the map to see where they are. 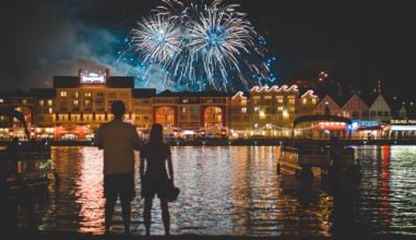 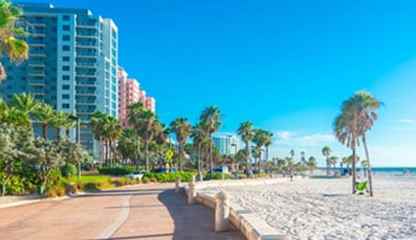 Great attractions in Florida for 2022 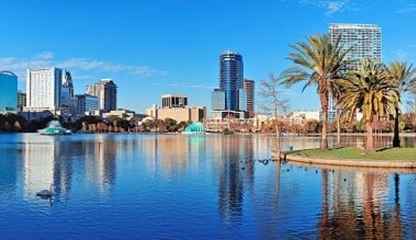