Several airlines offer cheap and regular flights to Texas’ three major cities; America’s biggest state. Although you can feel that ranching culture almost anywhere – even oil founded cities – but its best felt out there in Wide Open and Big Bend Country.

Other cities in Texas

How much is it to fly to Texas?

If you want cheap flights to Texas, it's best to start looking this far in advance.

These airlines normally offer the cheapest flights to Texas.

What airlines fly direct to Texas?

These airlines fly straight from the UK to Texas without stopping.

Can I fly indirectly to Texas?

You can fly to Texas with these airlines, but you'll have at least one stop on the way.

Texas is very popular at this time of year, so flights and accommodation are more expensive.

Flights to Texas are usually cheaper at this time of year. Look out for bargains.

How long is the flight to Texas?

Which airports fly to Texas?

You can fly to Texas from any of these UK airports.

How long should I stay in Texas?

Most visitors spend this amount of time in Texas.

Key facts about Texas know before you go

country is as country does


Texas country is vast and empty, intersected by lazy rivers that find no traction on flat plains. Country isn't just land here. It's in denim fashion-statements, lively cities and secret barbecue sauce recipes. It's between lazy ‘gee-tar’ string twangs and in the dust kicked up by leather boots at red dirt gigs. The country way of life has carried on here in spite of oil and urbanisation. It reminisces of antebellum life; working and living off the land and good old fashioned American hospitality.

Livestock shows, rodeos, exhibitions, farm food fares – Texas likes a party. In the fiercely hot and humid peak season, days build to weeks, weeks build to months as Texans wait for the summer to relinquish its grip so that the roster of festivals can kick off. It’s perhaps the most interactive way to experience that old agricultural way of life and many visitors time their visit with the likes of Houston’s Livestock show and Rodeo, Dallas’ State Fair and San Antonio’s Fiesta.

The real Texas is out there where tumbleweeds roll up mesas and along the old stage coach lines. But it's by no means all dry and torrid emptiness. Thousands are drawn every day to the colours of Lost Maples in the fall, rafting and other water activities in the Rio Grande and hikes that straddle the Mexican border. Roam this hinterland stocked with Texan Ranger mythologies, bandit legends and Wild West feels.


Texas’ size means that it has climes that vary from arid desert of the west to the subtropical Piney Woods in the east. As a generalisation, the best time to visit is the spring or the fall as summer highs and humidity can be intolerable for those unaccustomed to them. Having said that, if there’s a county fair or festival in town (a big part of Texan culture), expect higher accommodations costs.

April to June, September and October is when the days are warm and the nights cool. Peak summer temperatures reach as high as 36 degrees Celsius both in Dallas in the far north and 34 in Houston way down south. This margin of a couple of degrees is a typical difference between Texan major cities Austin and San Antonio as well but don’t be fooled, the high humidity in easterly Houston make it seem much hotter.

If you plan on visiting the coast, be aware of hurricanes and heavy rain from June to September.

You've searched for flights to the state of Texas. Scroll through the flight options above to compare the various flight routes available from the UK. We scan 75,500 flights worldwide so searching by a bigger region (rather than say by city) enables you to take advantage of a wider pool of flights. Here's some useful tips to bear in mind when searching for flights to Texas:

Take a look above at the most popular Texan destinations and get an idea for prices. We recommend you book at least three months in advance to get a reasonable rate.

10 US attractions you can visit during the government shutdown 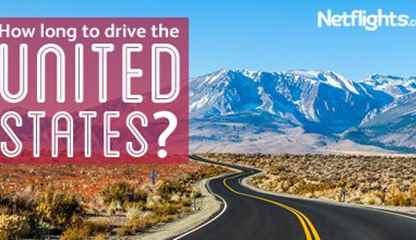 How long does it take to drive across the USA?