Come fly to Kenya with Netflights

Kenya is known for its unparalleled wildlife. People from all over the world add Kenya to their bucket lists in the hopes of seeing majestic African elephants or speedy cheetahs during their visit. With flights to Kenya becoming more and more popular, what was once a dream can now become a reality, and it’s made even easier with Netflights. We help you find and compare prices on return flights departing from airports across the United Kingdom (UK) on a range of airlines.

Key facts about Kenya be in the know

Most popular airports to fly into in Kenya

How much is it to fly to Kenya?

Which airports fly to Kenya?

You can fly to Kenya from any of these UK airports.

It's best to book this far in advance if you want cheap flights to Kenya.

These airlines usually offer the cheapest flights to Kenya.

What airlines fly direct to Kenya?

These airlines fly straight to Kenya without stopping.

You can fly to Kenya with these airlines, but you'll have at least one layover.

Flights to Kenya are generally cheaper at this time of year. Or you could get a deal by booking your flight last minute.

This is the most popular time of year to visit Kenya, so flights are more expensive.

How long should I stay in Kenya?

On average, people spend this amount of time in Kenya.

How long is the flight to Kenya?

The shortest flight is from London Heathrow (LHR) to Nairobi (NBO) with Kenya Airways, but other routes may take longer.

What you need to know before flying to Kenya

The animal kingdom on your doorstep

Kenya is the home of the safari. If ever there was a place to see nature up close and personal, it’s Kenya. This is the place to see some of the world’s biggest, deadliest and most awe-inspiring animals. During the dry season, predators and prey exist side by side, hunting for water as the blazing sun sucks up the last drops of moisture. Elephants march the same paths forged by their ancestors. Wildebeest and zebras traverse the savannah in the millions, searching for fresh grass once the heavy rains have passed. Come November, migratory birds make this their home for the winter. Cheap flights to Kenya are waiting; see nature in its purest form during your next holiday.

Everyone knows about Kenyan safaris, but few realize there is another animal kingdom waiting to be explored just off the coast. You don’t have to go far to find this thrill for the senses. Vibrant coral reefs thrum with life; angel fish, tang, octopi, turtles, grouper and barracudas are all common sights. There are plenty of opportunities for novice and experienced divers alike to head beneath the waves for a taste of aquatic life.

The biggest draw of Kenya is, of course, its wondrous wildlife. January to February and June to October are considered Kenya’s peak seasons for good reason: your chances of seeing wildlife are at their highest during these months. After the short rains of October and November, animals of all kinds gather around the watering holes. Then, once the rainy season passes, wildebeest and zebras migrate to the Masai Mara in search of fresh grass, starting sometime in June.

Costs for return flights rise in June, July and August before they drop in September and October. There’s another bump up around Christmas, but prices will come down somewhat for January. Although it can rain in October and November, they’re short, heavy bursts that likely won’t disturb the wildlife. With migratory birds beginning to arrive for the winter as well, it can be a great time to visit.

October also has the added benefit of being the best season for diving. Take advantage of the reduced airfares during this time of year and pencil in some time for a dip below the turquoise waters.

With Netflights by your side, you’re sure to find the best daily deals and offers. Use the flights to Africa tab to find out about bargain flights to Nairobi and Mombasa. From there, you can use the table at the top of the results page to compare airfares across direct and indirect routes and a variety of airlines.

Most flights to Kenya depart from London Heathrow and arrive in Nairobi or Mombasa. Although it is possible to leave from Edinburgh and Birmingham, the cost can be much higher and may require stopovers. For direct flights, departing from London is your best option.

Kenya flights leaving from the United Kingdom usually require a transfer or layover in Europe, the Middle East or Africa. Choosing a route that includes a stopover can bring down the cost of your plane ticket considerably. Carriers flying to Kenya include Kenya Airways, British Airways, Turkish Airlines, Air France, Qatar Airlines, KLM and Ethiopian Airlines. 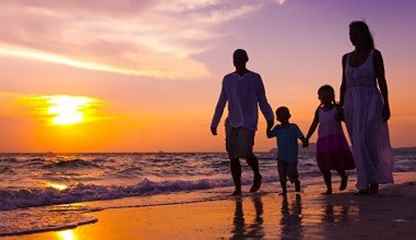 The best family destinations outside Europe 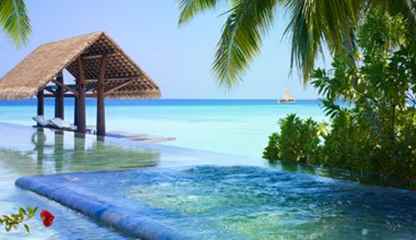