Popular routes to London from the UK

Whether you’re planning a city break or a business trip, Netflights compares the world’s leading airlines to find you cheap flights to London all year round. Possibly the greatest city on earth, London is a frenetic and fast-paced metropolis. With world-renowned sights like Buckingham Palace and St. Paul’s Cathedral, some of the best shopping on the planet, it’s always an exhilarating destination to visit.

How much is it to fly to London?

If you want cheap flights to London, this is the best time to book.

These airlines usually offer the cheapest flights to London.

What airlines fly direct to London?

Fly from the UK direct to London with these airlines.

Flying indirectly to London can save you money.

This is the most expensive time to fly to London. If you want to go during this popular month, try to book in advance or grab a last-minute deal.

Flights to London are generally cheaper at this time of year. Or, you can try to get a last-minute deal.

How long is the flight to London?

This is the average flight time from the UK to London.

Which airports in the UK fly to London?

How long should I stay in London?

Most people spend this amount of time in London.

How to land a low priced flight to London

Drop in on Buckingham Palace

First-time visitors to London, take a deep breath. From Buckingham Palace to Big Ben and the Houses of Parliament, from the Tower of London to Trafalgar Square, there are countless historic sights in this history-soaked city.

London also has an epic selection of shops, restaurants, museums, theatres and West End shows to keep you entertained 365 days a year. Cheap flights to London will deliver a whole heap of culture, whatever your tastes.

Flights to London are popular all year round. Summer (May to September) is high season. With warm temperatures, long days, and a zillion things going on from music festivals to outdoor cinemas, late night gallery openings to al fresco dining, the city is buzzing.

Spring is also a great time for return flights to London when the city’s royal parks are in full bloom and Londoners swap their heavy winter jackets for something lighter. Temperatures in spring average around 14 degrees Celsius.

To find really cheap last minute flights to London, try autumn and winter, although you'll have to contend with chilly temperatures. Nevertheless, with a busy cultural calendar and Christmas shopping, there are plenty of opportunities to come in from the cold.

Let Netflights help you compare options and find the best offers and deals on flights to London. Booking early is key to finding the lowest fares and best deals on London flights.

London City Airport is the only airport actually in London. Located close to Canary Wharf and seven miles from the City of London, it has flights to and from many UK destinations. British Airways, Flybe and TUI Airways, as well as a number of other airlines, offer London flights from within the UK. View more flights to London City Airport.

At London Heathrow, Terminals 2 and 3 are a just short walk away from each other, while Terminals 4 and 5 are served by free connecting trains and buses. At London Gatwick, you will also find fast, convenient transfers between terminals with a shuttle service, which runs every few minutes, 24/7. Luton, Stansted and London City only have one terminal, making them easy to navigate on foot.

Getting to the city from the airports

To reach central London from the airports, there are several transport options. The train is your fastest route: the Heathrow Express whisks you to London Paddington, the Gatwick Express goes to London Victoria, the Stansted Express arrives at Liverpool Street, while Thameslink connects Luton Airport to various London transport hubs. At London City, use the Docklands Light Railway (DLR). Alternatively there are car rental options and bus services as well as taxis and private car services.

Before booking your London flights, note that the UK is currently a full member of the European Union and therefore no visas are required if you’re travelling from within Europe in 2018. Other countries may require a visa. You can check whether you need to apply for one on the official UK government website.

Key facts about London know before you go

flight deals to London within the next 30 days 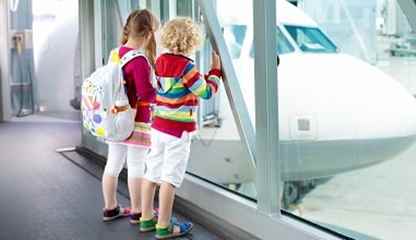 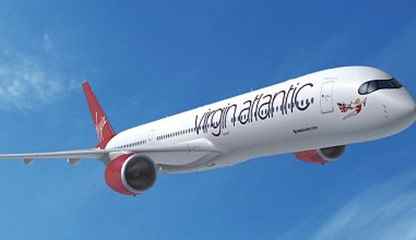