Come fly to Mexico with Netflights

Mexico is a nation of compelling complexity. It’s an escape for nature lovers, sun seekers and city enthusiasts alike. Jungles, volcanoes, world-class beaches and incredible art and architecture all await you. Let Netflights help you find and compare the best deals and offers on flights to Mexico, so you can discover all these wonders for yourself.

Key facts about Mexico be in the know

Most popular airports to fly into in Mexico

Points of entry in Mexico

touchdown in a country nearby
Jamaica
cheap flights to Montego Bay

How much is it to fly to Mexico?

Which airports fly to Mexico?

You can fly to Mexico from any of these UK airports.

It's best to book this far in advance if you want cheap flights to Mexico.

These airlines usually offer the cheapest flights to Mexico.

What airlines fly direct to Mexico?

These airlines fly straight to Mexico without stopping.

You can fly to Mexico with these airlines, but you'll have at least one layover.

Flights to Mexico are generally cheaper at this time of year. Or you could get a deal by booking your flight last minute.

This is the most popular time of year to visit Mexico, so flights are more expensive.

How long should I stay in Mexico?

On average, people spend this amount of time in Mexico.

How long is the flight to Mexico?

The shortest flight is from London Heathrow (LHR) to Mexico City (MEX) with British Airways, but other routes may take longer.

What you need to know before flying to Mexico

Mexico has some excellent hiking opportunities and many trails are accessible from the capital, Mexico City. El Desierto de los Leones is super popular; families and experienced hikers all rub shoulders here thanks to the wide range of treks available. For the more experienced, the Paso de Cortes awaits. Nestled between two of Mexico’s volcanoes, the altitude makes this a challenging route, but the stunning views are sure to make up for it.

Use your cheap flights to Mexico to head to the coasts, home to golden beaches and dazzling blue seas. Cancun delights with its banging party scene and tranquil beaches, perfect for sipping on all those margaritas. Be sure to take a dive to the Underwater Art Museum, home to more than 500 life-sized sculptures. The Oaxaca coast to the west offers nesting turtles, diving opportunities aplenty and the option to catch some sweet waves.

Of course, we would be remiss not to mention the great Frida Khalo. Spend a few hours at the vivid Casa Azul in Mexico City to learn more about her life and works. Or step off the beaten track and head further afield to explore pre-Hispanic architecture and Mexico’s native cultures. Venture south to El Tajín and the Pyramid of the Niches, one of the most important areas in what was Mesoamerica. Then there’s El Día de los Muertos (The Day of the Dead) when locals flock to the streets to celebrate the transcendence of life and death with colourful parades and parties.

Mexico’s high season falls between December and April. For most of Mexico, these are the driest months with temperatures averaging between 21 and 25 degrees Celsius. As a popular destination for winter sun, this can mean airfares see an increase around Christmas and New Year’s. Consider flying out in January or February to make the most of lower flight prices.

While it may be tempting to travel to Mexico in September when the summer rush has ended and prices have come down, this is peak hurricane season when heavy rains could batter the Gulf and Pacific coasts. Alternatively, May and June tend to be hot and dry with the cost of return flights remaining lower than those in July and August.

If you want to experience Easter or The Day of the Dead in Mexico, consider making it part of a longer holiday. Not only will you have more flexibility with dates, but you are more likely to find a better deal than if you were to go for a shorter trip.

Use Netflights to find the best offers for your Mexico flights. Enter your departure and destination airports with your proposed travel dates to compare offers for your route. Use the table at the top of the results page to compare prices by airline or, if your dates are flexible, see if a better deal exists for that week.

Most flights to Mexico will require a transfer in Europe, Canada or the United States. Direct flights departing from London to destinations like Cancun and Mexico City tend to be cheaper than those departing from other United Kingdom airports so if you’re looking to cut costs, this is an option. Carriers flying to Mexico include Tui, KLM, Virgin Atlantic, Air France, British Airways, United Airlines and Delta Air Lines.

Airfares are highest during July/August and the festive period, but they also experience a bump up around Easter and The Day of the Dead. Nevertheless, booking well in advance can still turn up great deals. 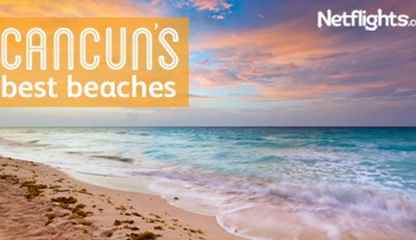 Beaches: Best to visit during your stay in Cancun, Mexico 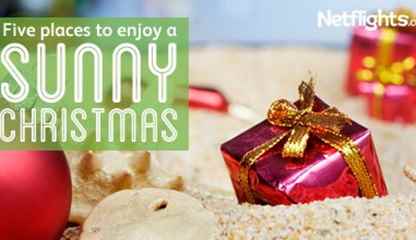 Five places for a sunny Christmas 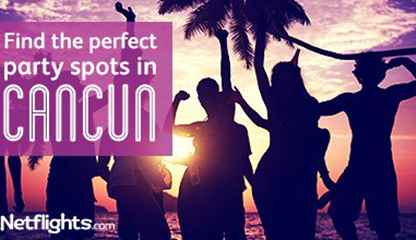