Come fly to Norway with Netflights

Its jagged mountain sides and snow-covered peaks, to green fields and famous fjords, Norway’s natural beauty is a draw to the country that ranks as one of the happiest in the world. Full of culture, its cities combine the natural world within their surroundings giving the best of both worlds. Flights to Norway don’t have to be expensive with Netflights. We can help you find the best deals from advance booking to last-minute rates on a holiday to the ‘Land of Midnight Sun’.

Key facts about Norway be in the know

Most popular airports to fly into in Norway

Points of entry in Norway

How much is it to fly to Norway?

Which airports fly to Norway?

You can fly to Norway from any of these UK airports.

It's best to book this far in advance if you want cheap flights to Norway.

These airlines usually offer the cheapest flights to Norway.

What airlines fly direct to Norway?

These airlines fly straight to Norway without stopping.

You can fly to Norway with these airlines, but you'll have at least one layover.

Flights to Norway are generally cheaper at this time of year. Or you could get a deal by booking your flight last minute.

This is the most popular time of year to visit Norway, so flights are more expensive.

How long should I stay in Norway?

On average, people spend this amount of time in Norway.

How long is the flight to Norway?

The shortest flight is from Sumburgh (LSI) to Bergen (BGO) with Loganair, but other routes may take longer.

What you need to know before flying to Norway

Your first destination is most likely to be Oslo, the capital city of Norway. More than just its world-class museums, this vibrant and green global city boasts delicious food at Mathallen Food Market, an exciting European music scene and a thriving contemporary arts scene. Furthermore, the ski slopes and forests of Nordmarka are within reach of the city centre. However, Oslo isn’t the only place of interest. Search for a cheap flight to Norway and see what more there is to discover.

City of the fjords

Full of colourful houses and antique sites right in the heart of the Fjords is the city of Bergen. This cultural city offers breathtaking natural scenery, surrounded by the Seven Mountains, and provides easy access to hiking, biking, river rafting and nature walks. While in Bergen, step back in time to the middle ages in the old harbour of Bryggen, now listed as a UNESCO World Heritage Site and the old Bergenhus Fortress at the harbour entrance.

Land of the fjords

Formed by glaciers during the ice ages, the Fjords are the symbol of Norway, providing dramatic views, waterfalls, glaciers and snowy peaks. But the breathtaking views don’t stop there. Further north, the North Cape is just one of the places to view the midnight sun, the natural phenomenon when the sun never sets. The northern towns of Alta and Tromsø have some of the best locations to view the fluorescent Northern Lights once the colder season settles in.

The weather in Norway varies between extremes throughout the year: the summer months from June to August provides the most sunlight and warm weather of around 21 degrees Celsius, while the colder months from November to February are darker with inevitable snow. This can also vary by regions since the southern and western regions have more rain and milder winters than the eastern and northern parts.

Norway’s tourist season peaks during the summer, when you’ll find that transport, services and attractions are all open for longer periods. This is also the season of the midnight sun, which can be seen in places above the arctic circle such as Nordkapp. Hotel rates and flight ticket prices rise during this time, so booking early is key.

Alternatively, in winter there is less tourism and thus cheaper prices. Although attractions and services are reduced, winter is the best time to see the Northern Lights and experience the Polar nights (over 24 hours of darkness) in the northern part of the country. During the Christmas holiday, there is a brief rise in prices. Spring is an excellent time to see Norway with its mild weather, low rates and blossoming vegetation. March also has both enough snowfall and enough daylight hours for skiing.

Netflights makes it easy for you to find great deals on Norway flights for your holiday. Whether you are searching far in advance or picking out last-minute deals, simply enter your UK departure airport and Norwegian destination. You will find a number of well-reputed carriers to choose from such as British Airways, Finnair, KLM Royal Dutch, Norwegian Air, Lufthansa, Scandinavian Airlines, Brussels Airlines and Swiss Airlines.

When looking through your options, compare rates by ‘best price by airline tab’ or view ‘flexible dates’ with recommended dates for even lower costs. Filter your search to tailor your results by selecting specific airlines, number of stops and even flight times.

Most flights departing from London airports will fly directly to Oslo, Norway’s main international airport. Other UK airports, such as Edinburgh Airport and Manchester Airport, have connecting flights in cities like London, Zurich, Brussels and Amsterdam. Likewise, flights to other Norwegian towns such as Alesund and Bodø will have a connecting flight in Oslo. 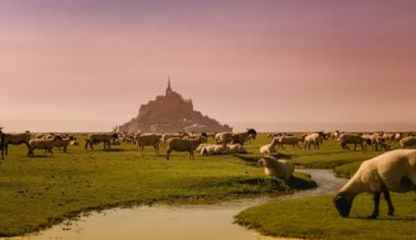