Split into five different boroughs – Brooklyn, The Bronx, Manhattan, Queens and Staten Island – New York has plenty of places to stay. So you can be assured that, no matter what your budget, you’ll be able to find a hotel in New York that suits your needs. The Big Apple has an amazing range of hotels for every traveller and every budget, so you'll be staying in style and comfort. There are thousands of hotels in New York to choose from, including the five-star Waldorf Astoria, the contemporary Row NYC and the budget-friendly Edison Hotel – just a stone's throw from Times Square.

Found your cheap New York hotel and just need a flight? We have some great flights to New York offers too.

...looking for something luxurious?

...looking for something a bit cheaper?
4 ★ Country Inn Newark Airport

Our most popular hotels:

New York's hotels are iconic. You've probably heard of luxurious places like The Plaza, Waldorf Astoria New York and the St Regis New York. But there are plenty of budget-friendly hotels in the Big Apple, if you're looking to save some pennies for sightseeing and dining out. To find the cheapest hotels in New York, try searching our deals by month, as this will reveal the cheapest time to go.

Times Square; Broadway, The Empire State Building, Fifth Avenue... They’re all to found here on Manhattan. The Upper West Side, ordered by Central Park, is a neighbourhood of brownstone buildings, boutiques, restaurants and bars, while the Upper East Side is home to world-class cultural institutions such as the Metropolitan Museum of Art. Lower Manhattan, where New York began, is now a blend of old colonial churches and gleaming skyscrapers. Finally, in bohemian Greenwich Village you’ll discover a community of late-night coffee houses, cafés, bars, restaurants, experimental theatres and music clubs.

Getting around New York City is easy, with ample buses and the iconic yellow taxis, as well as the infamous New York subway. A one-day Fun Pass gets you unlimited travel on the subways and buses.

Culture vultures can revel in the magnificence of the Guggenheim Museum or the Museum of Modern Art (MoMA), while sports buffs can take a visit to Madison Square Garden or the Yankee Stadium. Then there’s those magical tourist sites that you'll recognise from hundreds of films. Stroll through Central Park, visit the Statue of Liberty and see the bright lights of Times Square. And, of course, don’t forget New York's amazing architecture, including the Empire State Building, Brooklyn Bridge and Chrysler building.

The famous Fifth Avenue is home to many of the top designer boutiques and stores, while Greenwich Village and Soho offer a more speciality shopping experience. Try Century 21 for discount designer clothes Downtown or take a tour to Woodbury Common for a choice of designer outlets. And of course, you can’t leave without popping into the world-famous department stored of Macy’s and Bloomingdale's.

Or maybe try another city nearby...

Flights to other cities

...get tips and ideas for your trip 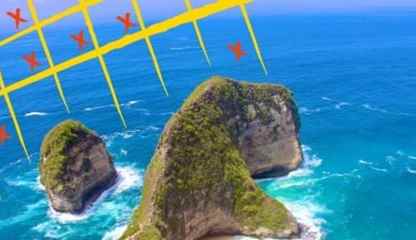 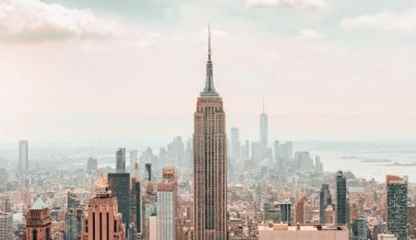 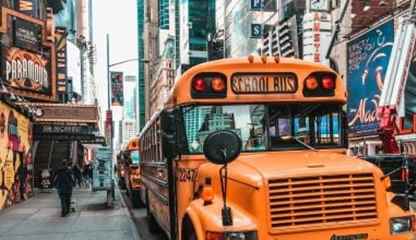 Travelling with kids? This is what you can get up to in NYC