Come fly to Bahrain with Netflights

This archipelago of more than 33 islands in the Arabian Gulf is a top destination for travellers seeking a relaxed introduction to the Middle East. With an ancient history and a modern face, Bahrain lacks the glitz of some of its neighbours, but wins visitors over with its authentic edge. Compare flights to Bahrain with Netflights, and start packing for a good time in the sunshine.

Key facts about Bahrain be in the know

Most popular airports to fly into in Bahrain

How much is it to fly to Bahrain?

Which airports fly to Bahrain?

You can fly to Bahrain from any of these UK airports.

It's best to book this far in advance if you want cheap flights to Bahrain.

These airlines usually offer the cheapest flights to Bahrain.

What airlines fly direct to Bahrain?

These airlines fly straight to Bahrain without stopping.

You can fly to Bahrain with these airlines, but you'll have at least one layover.

Flights to Bahrain are generally cheaper at this time of year. Or you could get a deal by booking your flight last minute.

This is the most popular time of year to visit Bahrain, so flights are more expensive.

How long should I stay in Bahrain?

On average, people spend this amount of time in Bahrain.

How long is the flight to Bahrain?

The shortest flight is from London Heathrow (LHR) to Bahrain (BAH) with Gulf Air, but other routes may take longer.

What you need to know before flying to Bahrain

Hungry for a Middle Eastern experience? Perhaps you’d like to experience balmy Arabian nights and golden-orange sunsets and see oases of palm groves and colourful souks? If so, Bahrain is the place to be. In this island nation, ancient monuments rub shoulders with gleaming skyscrapers. Bahrain traces its history back to ancient Dilmun; some say the tale of the gardens of paradise of Dilmun puts Bahrain as the location of the Garden of Eden. Whether it’s true or not doesn’t matter; what is true is that Bahrain feels like a portal to another time and another world.

Cheap flights to Bahrain take you straight to the capital, Manama, where you can catch performances of classical, Arabian musicians at the national theatre and learn more about Bahrain’s relationship with ‘black gold’ at the Oil Museum. The country’s most popular attraction is the Bahrain National Museum, which has several fascinating exhibitions on the rich history of the island. Just outside the city is a UNESCO-listed fort that was built in the 16th century. Older still is the Tree of Life, a miraculous mesquite tree standing alone in the middle of the desert that is approximately 400 years old.

With so much coastline, there’s always the chance to sit at a water-side restaurant, go island-hopping or get active by trying a new water sport. Pearl diving is popular as is dolphin and dugong watching. Al Areen Wildlife Park and Reserve protects indigenous species, including a type of large antelope called the oryx.

Because of Bahrain’s arid, desert climate, the months of June to September are seriously hot (40 degrees Celsius). From October to March, the weather is cooler, especially starting in December, making the country a great option for escaping cold weather. Visitors will enjoy clear, blue skies and temperatures in the mid-twenties. This is the peak time for tourism, however, so expect prices to rise significantly. For the best deals, make sure to book your flights six to eight weeks in advance.

April and May are transition months; the weather fluctuates with some hot days possible. In April, Bahrain hosts a Formula One race and celebrate the Heritage Festival, two events that will increase the demand for flights and push up prices. October and November are also in the shoulder season and are a good time to visit if you don’t mind the heat. Finally, keep in mind that dust storms are common in Bahrain during the late winter and spring, though they are not intense and will not disturb your holiday significantly.

With Netflights, you can search for flights without specifying your travel dates, meaning you can find the best deals on airfare. Airlines regularly update their deals with us, so when you compare flight offers on Netflights, you’re saving yourself the time of checking each airline individually.

British Airways and Gulf Air are the most popular airlines that offering direct Bahrain flights from the United Kingdom (UK). Both depart from London Heathrow and arrive in the Manama at Bahrain International Airport. If you’d like to leave from a different city, many other airlines fly to Bahrain indirectly from all over the UK. 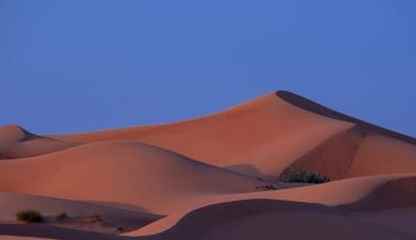 How to do the Middle East on a budget 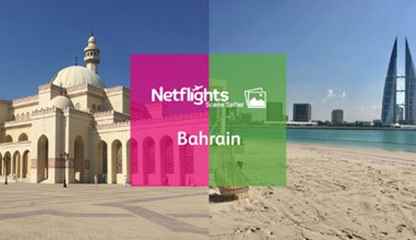