Come fly to Qatar with Netflights

Located just off the coast of Saudi Arabia in the Persian Gulf lies the peninsular country of Qatar. Although small, it features natural turquoise waters, miles of sandy beaches and rolling dunes, as well as man-made futuristic skyscrapers and plenty of modern comforts for a truly relaxing holiday. Find great deals on flights to Qatar with Netflights – whether you decide to book far in advance or are looking to save with a last-minute deal.

Key facts about Qatar be in the know

Most popular airports to fly into in Qatar

How much is it to fly to Qatar?

Which airports fly to Qatar?

You can fly to Qatar from any of these UK airports.

It's best to book this far in advance if you want cheap flights to Qatar.

These airlines usually offer the cheapest flights to Qatar.

What airlines fly direct to Qatar?

These airlines fly straight to Qatar without stopping.

You can fly to Qatar with these airlines, but you'll have at least one layover.

Flights to Qatar are generally cheaper at this time of year. Or you could get a deal by booking your flight last minute.

This is the most popular time of year to visit Qatar, so flights are more expensive.

How long should I stay in Qatar?

On average, people spend this amount of time in Qatar.

How long is the flight to Qatar?

The shortest flight is from London Gatwick (LGW) to Doha (DOH) with Qatar Airways, but other routes may take longer.

What you need to know before flying to Qatar

When is the best time to go to Qatar?

Qatar is characterised by a desert climate with hot summers, mild winters, low rainfall and large changes in temperature between the day and night. Since the country is small and flat, the climate remains virtually the same everywhere. The best time to visit Qatar is sometime between late November and early April when the weather is not too hot, humidity is low, and there is some rain. However, most people travel to Qatar during these months, making it peak tourist season. The busiest months with higher prices include January, February and July. So it's best to book tickets well in advance to save money.

All flights from the UK land in Qatar’s main airport in Doha, Hamand International Airport. Several UK airports offer direct flights to Qatar, including London Heathrow, Birmingham and Manchester. That said, you'll have a wider choice of airports and airlines if you fly indirectly, with a stopover in cities like Istanbul, Muscat and Zizya.
You can fly direct to Qatar with either Qatar Airways or British Airways, but there are plenty of other well-known airlines to choose from. Take your pick from the likes of Oman Air, Emirates and Turkish Airlines. It's always best to look at a range of options to find the cheapest deal.

How to find cheap flights to Qatar

Search for Qatar flights by typing in your departure city or a specific airport. Enter your travel dates into the calendar, then view the lowest prices available. You can filter your results by flight intervals, airlines, trip duration, stops and score. Click on the ‘Flexible Dates’ tab to find the cheapest day of travel during the week.

When you book cheap flights to Qatar, you'll land in the capital city, Doha. This fast-growing, economic centre of the country boasts plenty of attractions from cultural ones to modern locations. Souq Waqif provides an insight into the traditional marketplace, since it is a lively maze of local shops, goods and food. Walk along the Doha Corniche for picturesque views of the modern skyline of Doha (the backdrop is green-blue water). Nearby is the beautifully designed Museum of Islamic Art, which houses an impressive 1,400-year-old art collection.

As you leave the city, the landscape gives way to large crescent dunes of white sand, located next to the sea. Khor Al-Adaid, also known as the ‘Inland Sea’, is a prime example of Qatar’s natural environment and has been untouched by humans. Due to its unique ecosystem and wildlife, UNESCO has recognised it as a World Heritage Site. Likewise, 70 kilometres west of Doha is the UNESCO biosphere reserve of Bir Zekreet. Here you’ll find a well preserved – but abandoned – village film set, a uniquely-shaped mushroom desert made of limestone and a quiet beach of shallow water; all these features combine to give Bir Zekreet an otherworldly feel. 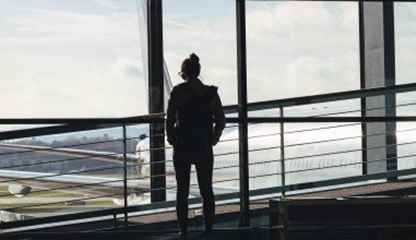 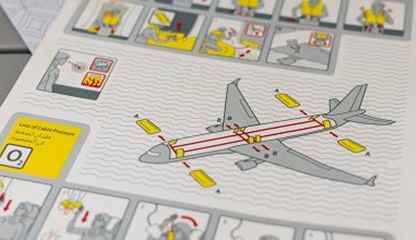 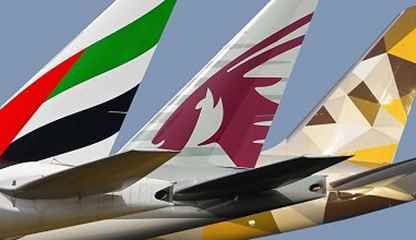