Come fly to Iran with Netflights

With striking architecture, ancient ruins and a rich culture that spans thousands of years, it’s no wonder Iran is quickly becoming a popular holiday destination. Its natural settings are equally diverse, ranging from snowy mountaintops to desert sand dunes. Best of all, the people are friendly and welcoming. With Netflights, travel to Iran and stick to your budget by finding great deals on Iran flights with major carriers. Compare rates to find the best price for you.

Key facts about Iran be in the know

Most popular airports to fly into in Iran

How much is it to fly to Iran?

Which airports fly to Iran?

You can fly to Iran from any of these UK airports.

It's best to book this far in advance if you want cheap flights to Iran.

These airlines usually offer the cheapest flights to Iran.

You can fly to Iran with these airlines, but you'll have at least one layover.

Flights to Iran are generally cheaper at this time of year. Or you could get a deal by booking your flight last minute.

This is the most popular time of year to visit Iran, so flights are more expensive.

How long should I stay in Iran?

On average, people spend this amount of time in Iran.

How long is the flight to Iran?

The shortest flight is from London Heathrow (LHR) to Tehran Imam Khomeini Airport (IKA) with Lufthansa, but other routes may take longer.

What you need to know before flying to Iran

With cheap flights to Iran in hand, one of your first destinations in the country should be the city of Esfahan. Meaning ‘half of the world’, this city was once the capital of Persia and is best known for its Persian architecture. In addition, its hand-painted tiles and public squares have boosted its reputation as one of the most beautiful cities in the world. At the heart of the city lies the UNESCO World Heritage Site, Naqsh-e Jahan Square.

Travel back in time when you visit the city of Yazd. This desert city stands out due to its many dome-shaped buildings, bazaars, windcatchers (which have earned it the nickname ‘City of Windcatchers’) and mud-brick buildings. They all stand as a reminder of survival with limited resources and the old way of life.

To catch a glimpse of previous glory, the old ruins of Persepolis are a testimony to the once powerful Persian empire. These ancient ruins are filled with statues, carvings, columns and grand marble buildings that have proudly stood over 2,000 years in the desert landscape.

Iran is a country with a varied climate ranging from arid to subtropical. The coast by the Caspian Sea is Mediterranean-like and wet. The mountains and northern regions are very cold with snow. The central and southern parts are sub-tropic while the deserts in the south are extremely hot. In general, the country experiences hot, dry summers and cold winters. January, the coldest month, averages five to ten degrees Celsius while August, the hottest month, ranges from 20 to 30 degrees Celsius.

Because of the hot summers and cold winters, the best time to visit Iran is during the spring or autumn. Temperatures are mild, and the weather is often clear. However, spring is considered peak season which draws more crowds and higher prices. The best way to save is by booking flights far in advance. September and October can offer cheaper prices, so be sure to check for flights during those months if you’re on a tight budget.

It is important to keep in mind certain holiday and festivals that take place during the year as they can impact flight prices. The Persian New Year, Nowruz, is a popular two-week celebration that happens around the end of March. It’s one of the busiest times of year; many places close, prices rise, and people tend to travel a lot. Another holiday to keep in mind is Ramadan, a month-long religious event that most of the locals will celebrate by fasting from sunrise to sunset.

Find flights to Iran with our easy-to-use search interface. Type in your departure city and destination, then select your days of travel. View results from low to high price for the best rates and compare prices across airlines with our ‘Best Price by Airline’ chart. Filter your search by trip duration, stops, airlines and departure/arrival times.

Netflights help you choose between a number of airlines, such as AtlasGlobal, British Airways, Emirates, KLM, Lufthansa, Oman Air, Pegasus Airlines, Qatar Airways, Swiss Airlines and Turkish Airways. Most flights from the United Kingdom (UK) are indirect with stopovers in cities like Amsterdam, Baku, Dubai, Frankfurt, Istanbul and Zurich. 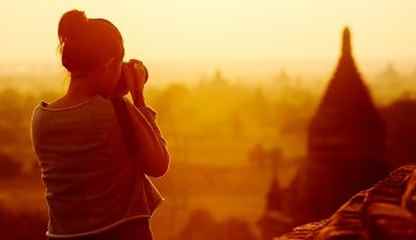 What to wear in the Middle East and Asia